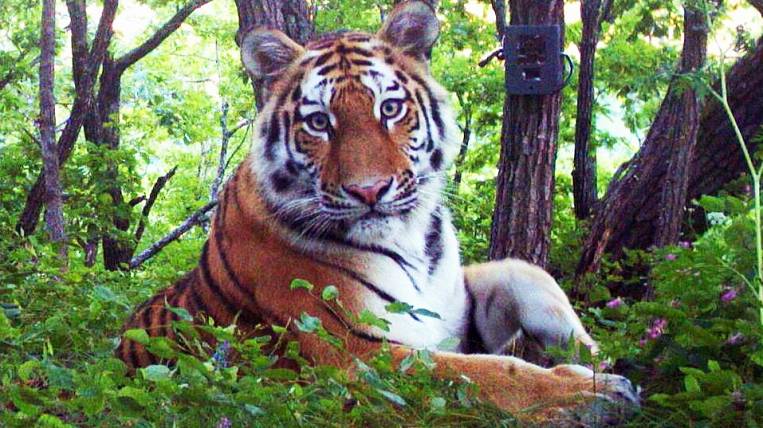 In the Primorsky Territory, specialists from the Land of the Leopard Federal State Budgetary Institution have re-read the number of Amur tigers. To do this, they analyzed the data of camera traps. Since 2019, the number of predators has increased by 10 individuals.

According to the press service of the Land of the Leopard Nature Reserve, in 2019, experts recorded 31 tigers. Now there are 41 of them, and 14 cubs are still growing up. The density of Amur tigers here is the densest among the reserves.

Also, the Kedrovaya Pad Nature Reserve is home to the core of the world's only wild population of Far Eastern leopards. There are about 110 of them. The growth in the number of tigers and leopards is facilitated by a good food base and reliable protection of the territory. According to aerial surveys, there are about 22 thousand sika deer, roe deer and wild boars in the reserve.

Of the total number of tigers, 12 are new in this area. But, as noted by Dina Matyukhina, senior researcher of the Land of the Leopard Federal State Budgetary Institution, some will leave the reserve in search of free territories. She also noted that the increase in the number of tigers does not affect the welfare of leopards, on the contrary, often female leopards with kittens live in areas of the highest density of tigers.

According to experts, a total of 580 Amur tigers live in Russia.