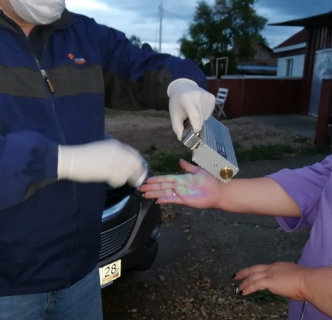 Photo: SU IC of Russia in the Amur Region
The head of the department of social assistance to family and children of the Mazanovsky district of the Amur region is accused of attempted fraud. She tried to trick the buyer and seller by using a certificate to purchase new housing for those affected by the flood.

According to the press service of the Investigative Directorate of the Investigative Committee of the Russian Federation in the Amur Region, the accused misled a resident of the village of Novokievsky Uval. According to her, it turned out that the seller sells housing at a lower cost, and the buyer acquires housing at a higher cost, using a certificate. The official wanted to appropriate that difference in transactions.

The detention of the failed fraudster was carried out by the FSB of Russia in the Amur Region at the very moment when she received part of the money. Now the official is in custody, the investigation is ongoing.