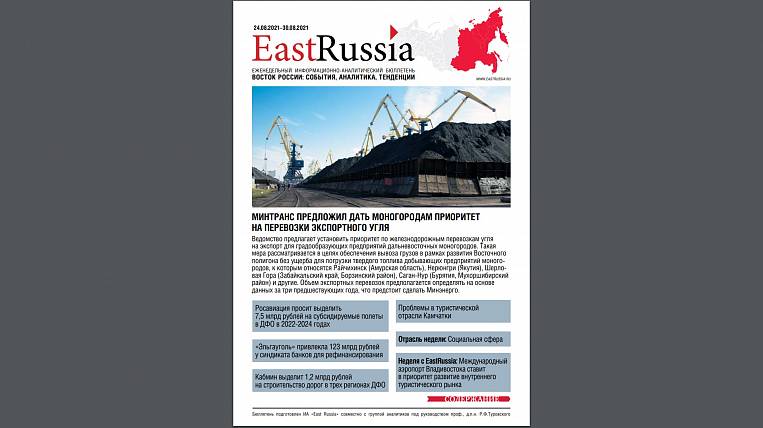 Polymetal estimates the volume of capital expenditures for the design and preparation for the development of the silver deposit Forecast in Yakutia (Verkhoyansk region) at 105 million US dollars this year. Investments in the development of the Kutyn gold deposit in the Khabarovsk Territory (Tuguro-Chumikansky District) are estimated by Polymetal at $ 80 million, according to the current issue of the EastRussia bulletin.

In 2022-24. to prepare for the development of the "Prognoz" it is planned to allocate another 85 million dollars for the purchase of mining equipment, the creation of infrastructure at a remote production site, road construction and overburden works. Stripping operations are scheduled to begin in the third quarter of 2022, and the first ore is expected to be mined in the first quarter of 2023. At the same time, it is planned to extract 250 thousand tonnes of ore annually with an average silver grade of about 600 grams per tonne.

Ore processing in the future is expected to be carried out at the Nezhdaninskaya enrichment plant, which is still under construction, with a capacity of 2,2 million tonnes of ore per year with a recovery factor of 89% (the first metal is to be produced in the third quarter of 2023). It is expected that the total production of precious metal in concentrate for the entire life of the field (2023-41) will be 120 million ounces (6,5 million ounces per year). The Forecast resources are estimated at 292 million ounces (15,5 million tonnes) of silver. The license belongs to LLC Prognoz-Serebro, which is under the management of Polymetal.

Investments in the development of the Kutynskoye gold deposit in the Khabarovsk Territory (Tuguro-Chumikansky District) are estimated by Polymetal at US $ 80 million. In 2023, it is planned to launch production with a capacity of 90 thousand ounces per year. For the third quarter of this year, it is planned to start stripping works at the facility. Production is due to start in the first quarter of 2022.

The development of the deposit is expected to be carried out in 2023-28, the total production will amount to 575 thousand ounces of gold. Refractory ores from Kutyn will be sent to the Albazino flotation plant with subsequent leaching at the Amursk MMC. Kutyn's reserves are estimated at 812 thousand ounces of gold and 8,4 million tons of ore.