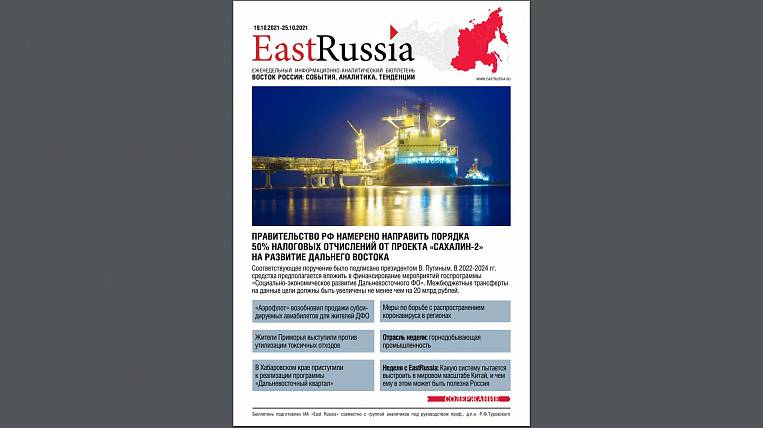 Subsoil users of the Magadan Region in January-September 2021 mined 39,77 tons of gold, which is 3% more than in the same period last year. stated in the current issue of the EastRussia bulletin.

Subsoil users of the Magadan Region in January-September 2021 mined 39,77 tons of gold, which is 3% more than in the same period last year. Thus, the extraction of precious metal ore increased by 5% in relation to the same period last year - up to 23,72 tons. Placer production amounted to 16,05 tons. Silver production reached 453,19 tons, which is 3% more than in January-September last year. In particular, production began at the Primorskoye field in August. Recall that the extraction of precious metals in the region is carried out by JSC Polyus Magadan (PJSC Polyus), PJSC Susumanzoloto, JSC Serebro Magadana and LLC Omolonskaya ZRK (Polymetal), LLC Agat (concern Arbat "), JSC" Pavlik "(IC" Arlan ").

In addition, 4 tons of lead, 298,5 tons of zinc and 4 tons of copper were produced in the Magadan Region in January-September. Non-ferrous metals are produced in the region by Silver of Magadan (Polymetal). To date, the annual plan for the production of non-ferrous metal has been fulfilled by 756%. In particular, lead is produced at the Perevalnoye deposit (Omsukchan city district). Copper and zinc are simultaneously extracted at the deposits of the Dukat hub.

Meanwhile, Kopy Goldfields is completing the stage of exploration at the Malyutka gold deposit in the Khabarovsk Territory (Ayano-Maisky District). It is planned to launch the field into commercial operation by the end of 2023. The resources of the field are estimated at 411 thousand ounces. The facility is located 300 km from the Yubileiny GOK (Amur Zoloto by Musa Bazhaev), where by the end of this year it is planned to increase the capacity of the underground mine from the current 130 thousand tons of ore per year to 250-280 thousand tons.