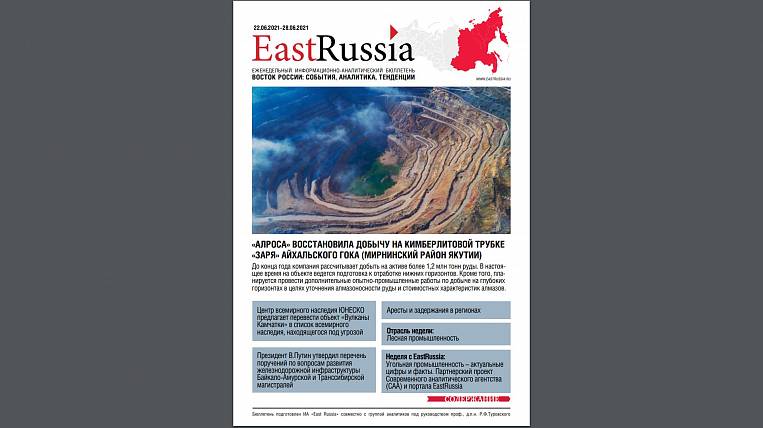 Discussions are continuing on possible actions to limit the rise in prices for vegetable products in the Far Eastern Federal District. The National Fruit and Vegetable Union proposed replacing subsidies for railway transportation of vegetable products to the regions of the Far Eastern Federal District with subsidies for road transport, according to the latest issue of the EastRussia bulletin.

A letter with proposals was sent to A. Mayorov, Chairman of the Federation Council Committee on Agrarian and Food Policy and Environmental Management. The director of the union, M. Glushkov, notes that railroad transportation is practically not used by producers of greenhouse vegetables due to the queue for refrigerated containers, the significant delivery time (up to three weeks), and the need to carry out multiple transshipments, leading to product spoilage. This option is not suitable for products with a short shelf life. Airfreight for such purposes is difficult because it adds cost.

Currently, own production of greenhouse vegetables in the Far East provides only 28% of the region's needs, although in 2020 the production of tomatoes and cucumbers increased by 14% (to 27,6 thousand tons). At the same time, supplies from Russian producing regions are economically unprofitable, therefore vegetables are mainly imported from China.

Also in the fruit and vegetable union they see a solution to the problem of the availability of vegetable products in the long term in the construction of greenhouse complexes. Recall that from 2022, subsidies should begin to compensate for 20% of capital costs in this area. According to preliminary estimates, the amount of compensation may amount to 230 million rubles per hectare. The fruit and vegetable union proposes to increase the maximum cost in the program to 1 million rubles per hectare, taking into account the growth in the cost of metal and glass. According to the Union's estimates, thanks to the expansion of support in the Far Eastern Federal District, from three to five new greenhouse complexes can be additionally built. The proposals are ready to be considered by the Ministry for the Development of the Russian Far East together with the Ministry of Agriculture. At the same time, the Ministry of Agriculture notes that in January-June of this year, the transportation of vegetables in the Far Eastern Federal District by rail has increased - twice (up to 396,2 thousand tons).