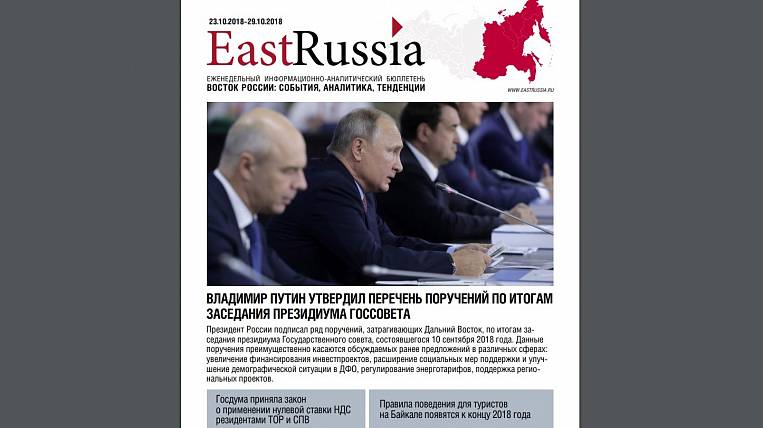 Last week, exports of Sakhalin LNG increased in the fuel and energy sector, the cost of implementing the LNG project in the Khabarovsk Territory was revised, the Sakhalin-1 PSA was extended, and the results of gas and coal production for the first nine months of this year were reported, the next published issue says EastRussia newsletter.

In the first nine months of this year, Sakhalin Region increased its LNG exports by 43% compared to the same period last year, exporting 11,456 million tons of LNG from the Sakhalin-2 project. At the same time, the cost of LNG sold during the reporting period exceeded 3,8 billion US dollars, which is 66,7% more than in the first three quarters of last year. The bulk of LNG was exported to Japan - over 6,7 mln. Tons, which is 2,5 billion US dollars more than a year earlier. 2,1 mln. Tons of LNG was shipped to South Korea, which is 698,4 mln. US dollars more than last year. The rest of the export of Sakhalin LNG falls on the PRC and Taiwan.

Rosneft and ExxonMobil, intending to implement a project to build an LNG plant in the Khabarovsk Territory, revised the project cost, reducing it by a third compared to the 2016 estimate of the year - up to 9,8 billion US dollars. At the same time, the design capacity of the plant was increased to 6,2 mln. Tons of LNG per year. The reason for the significant cost reduction is not called. It is planned to spend 6,9 billion US dollars directly on the construction of the plant from the total volume of currently approved investments. Another 1,6 billion US dollars is expected to be spent on exploration and on the entire production process of oil and associated gas.

In the Kamchatka Territory in the first nine months of this year, Gazprom’s subsidiary Gazprom Dobycha Noyabrsk increased its gas production by 6,2% (to 297,9 million cubic meters), and gas condensate by 8,5% (to 10,4 ths. Tons). At the same time, in Kamchatka, the volume of coal production decreased by 12,5%, amounting to just 16 thousand tons. Currently, only one company extracts coal in the region - Palana-Ugol LLC, which is developing the Palan brown coal deposit (Tigilsky District). Mining is carried out in accordance with the volume of deliveries stipulated by municipal contracts. The reserves of the Palanskoye deposit amount to two million tons of coal.