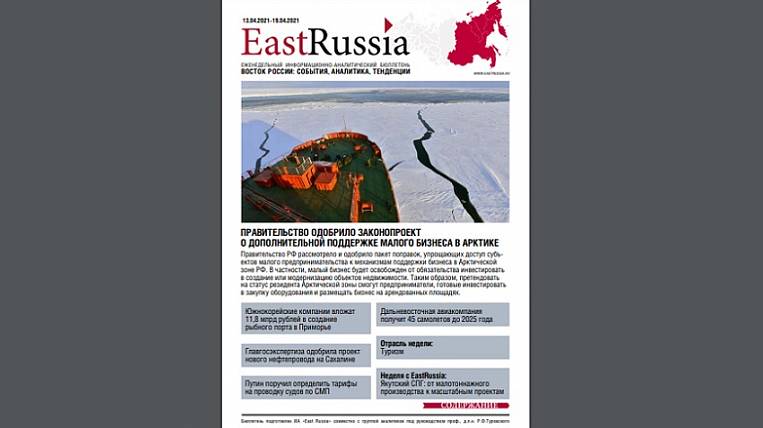 The Irkutsk Region will receive about two billion rubles of federal funding for the repair of a number of facilities and the development of the road network, as well as solving the problem of the Baikal PPM. In addition, the region can be included in a comprehensive investment project covering a number of East Siberian subjects.

The funds will be allocated for the repair of the bridge over the Kuta River in Ust-Kut (it was destroyed in 2013) and motorways - 15 km of the Kutulik - Alar - Nygda road in the Alarsky district, Komsomolsky prospect in Usolye Sibirskoye and the Southern approach road to Cheremkhov. This year, the region will receive 851 million rubles.

Also, the Irkutsk region will be allocated funds in the amount of 363 million rubles from the Government's Reserve Fund for the purchase of special equipment to lower the level of oversludge water in the accumulator cards of the Baikal Pulp and Paper Mill (BPPM), since there is a risk that they may spill over due to flooding by melt water.

At the same time, last week in the city of Baikalsk was emergency regime introduced in order to avoid flooding of the BPPM storage cards with melt water. Experts have established that there is a risk of waste leakage into Baikal. Such fears are due to weather conditions. In January-February of this year, the Slyudyansky district received two to three times more precipitation than the norm, but the snow is melting quickly and rain is expected.

In addition, the government intends to consider the possibility of including the Irkutsk region in the complex investment project (KIP) "Yenisei Siberia", which unites Khakassia, Tuva and the Krasnoyarsk Territory. The I&C was initiated in 2017, and currently it includes 32 projects with an investment volume of about 2 billion rubles. Director General of the Corporation for the Development of Yenisei Siberia S. Ladyzhenko expects that with the inclusion of the Irkutsk region in the "Yenisei Siberia" the number of investment projects will grow to 57, and the total investment portfolio will exceed 3,5 billion rubles.

EastRussia Bulletin: Total acquires a stake in an operator of LNG terminals from NOVATEK