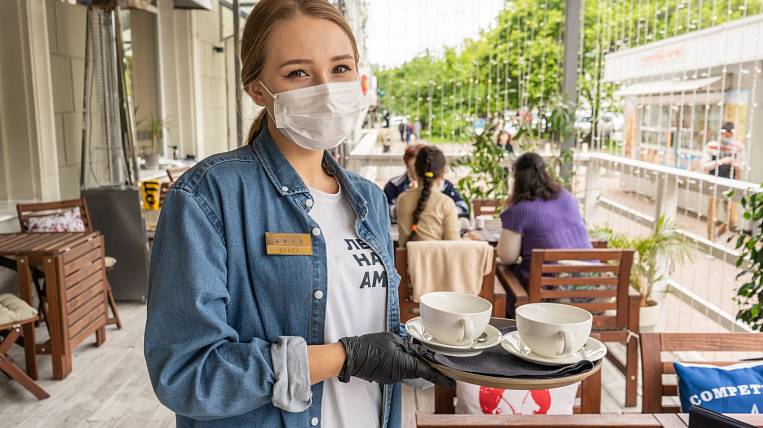 Restaurateurs in Khabarovsk are actively opening summer verandas. In a week, with compliance with all safety standards for coronavirus, 13 points were opened. In total, 59 verandas work in the city.

According to the press service of the Khabarovsk administration, the simplified procedure adopted by the city hall helps in the resumption of the work of public catering enterprises. According to Olga Shchetinina, deputy head of the city department of trade, food and consumer services, the order was adopted on June 19, it will operate all summer. The simplified opening procedure applies to seasonal venues, which are located close to stationary cafes and restaurants.

First, the company sends an application to the city administration about its intention to start work, after which the commission leaves for the place and inspects the future location and working conditions of the summer terrace. The commission includes, among other things, the staff of the district management committees.

If the entrepreneur complies with all the conditions for opening in a pandemic, and the planned place is suitable for the cafe, then the veranda is allowed to open. An agreement is concluded between the entrepreneur and the administration, and the object takes effect immediately after acceptance. According to Olga Shchetinina, all this is done as soon as possible in order to support the food service sector, which was seriously affected by the pandemic.

In addition to quickly reviewing applications and signing the contract, city authorities exempted restaurateurs from land rental fees. True, such exemptions apply only to land in municipal ownership. Nevertheless, out of 59 enterprises, more than half took advantage of such a privilege - 31 businessmen.

However, not all comers have opened seasonal sites. Applications for opening verandas continue to be received in the city administration. At the same time, according to restaurateurs, about 30% of all catering enterprises of Khabarovsk have the opportunity to open such venues. This is about 200 cafes, bistros, restaurants and other institutions.