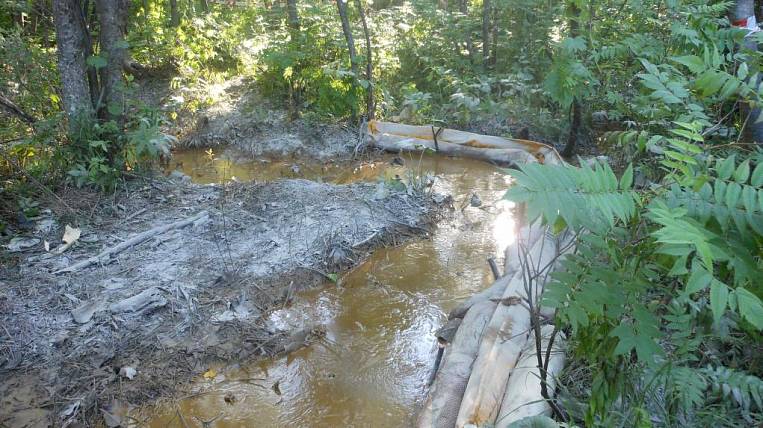 In the Khabarovsk Territory, the prosecutor's office has completed an inspection on the fact of an oil spill in the Komsomolsk District. It turned out that the scale of the disaster was ten times higher than the original damage.

According to the press service of the Amur Basin Environmental Prosecutor's Office, due to the depressurization of the Okha-Komsomolsk oil pipeline, which is used to transport fuel from Sakhalin to the Komsomolsk Oil Refinery, 120 tons of oil leaked out. Polluted 1,7 thousand sq. meters of soil and 70 thousand square meters. meters of the waters of Lake Goloe.

During the inspection, the prosecutor's office revealed systemic violations of the rules for operating the oil pipeline by Rosneft - Sakhalinmorneftegaz. The supervisor was given a presentation, which is already satisfied. The oil pipeline was taken out of service.

Also, administrative proceedings were initiated against the company for violation of industrial safety requirements and license conditions. Damage assessment has not been completed yet, the consequences of the spill are being addressed

Accident has occurred July 13 on 575,8 km of the Okha - Komsomolsk oil pipeline. Klava of the Komsomolsk region introduced an emergency regime on the territory Earlier it was reported that only nine tons of petroleum products.