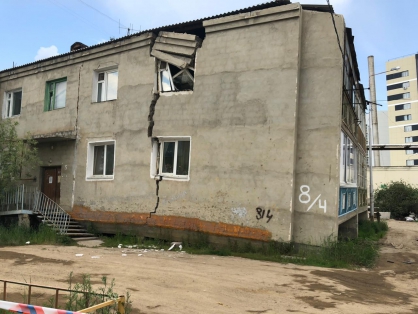 In the Republic of Sakha (Yakutia), until 2025, they plan to resettle people from hazardous housing with a total area of ​​one million square meters. m. Until the end of the year 2021 should resettle 215 thousand square meters. meters.

According to the press service of the government of the Republic of Sakha (Yakutia), the volume of the emergency fund expected to be resettled until 2025 is almost a tenth of the total Russian (9,6%).

This year, 55 apartment buildings are expected to be commissioned under the program of resettlement of citizens from emergency housing. 1 apartments with a total area of ​​almost 491 thousand square meters will be purchased there for displaced persons.

The climatic features of Yakutia lead to the fact that the buildings develop their resource faster. Difficult predictable soil behavior, degradation of permafrost, also flaws during construction every now and then lead to damage to buildings, both residential and industrial.