Vladivostok received more than 4 billion rubles under the "DV-subsidies" 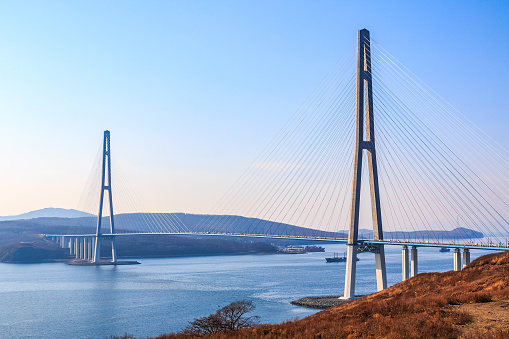 More than four billion rubles were received by Vladivostok within the framework of the “Far Eastern Unified Subsidy”. The funds were channeled between 2018 and 2021.

According to the press service of the office of the plenipotentiary of the President of the Russian Federation in the Far Eastern Federal District, the money is intended for the development of social infrastructure and the improvement of urban spaces in the capital of the Primorsky Territory. During this time, a kindergarten for 230 children, the historical park "Russia - My History" have been built, 14 objects have been overhauled, including the Clinical Hospital No. 2 and the Palace of Children's Art for the Technopark "Quantorium". More than 100 facades of residential buildings have been landscaped.

Equipment was purchased for 11 city medical institutions and five secondary educational institutions, as well as special equipment for the needs of housing and communal services. By the end of the year, a kindergarten for 240 children will be built in the Snegovaya Pad residential area.

However, a number of objects in Vladivostok are being implemented behind schedule - the reconstruction of the Avangard stadium, the construction of parking lots, and the repair of highways. Part of the subsidy had to be returned due to non-utilization on time.

During a working visit to Vladivostok, the presidential envoy to the Far Eastern Federal District Yuri Trutnev said that the mayor of the city, Oleg Gumenyuk, needs to write resignation letter... According to him, the city needs a more energetic person who will change the capital of Primorye for the better.

Later it became known that the mayor of Vladivostok Oleg Gumenyuk leaves office... According to him, this is a consolidated decision of the plenipotentiary of the President of the Russian Federation in the Far Eastern Federal District Yuriy Trutnev, the governor of Primorye Oleg Kozhemyako and his own.

Deputy Chairman of the Primorsky Territory Government will start acting as mayor of Vladivostok Konstantin Shestakov... He will begin his duties tomorrow.