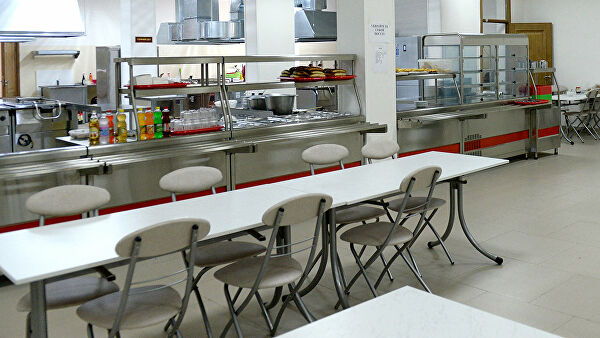 Photo: Said Tsarnaev / RIA Novosti
To provide hot meals to students in the primary school of Yakutia, 500 million rubles will be needed. This was stated to journalists by the head of the region Aisen Nikolaev. Local authorities have estimated the costs of the execution of the order of the President of the Russian Federation Vladimir Putin, which he voiced in his message to the Federal Assembly.

As informs TASS, an application has already been formed for the allocation of 391 million rubles from the federal budget, which will be used to pay for hot meals for all, without exception, primary school students. Another 100 million rubles will be added from the regional treasury. In the republic, from 1st to 4th grades, over 60 thousand children study.

By giving an order, the head of state specified the terms for its execution. For those regions that are technically ready, this needs to be done as early as September 1, 2020. For everyone else, the transition to free hot meals for younger schoolchildren should take place no later than 2023.