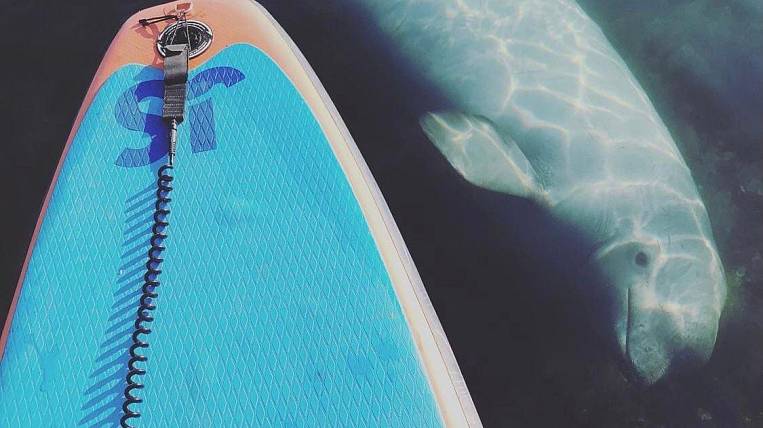 Swimmers on a stand-up board met three belugas in the water area of ​​Vladivostok. After consultation with experts, it was concluded that these animals were released from the "whale prison".

As reported on his page in “In contact with"Ekovahta Sakhalin, traditionally beluga whales are not found in these places. This means that these animals could have got here after escaping from captivity, wandered here by accident, or these are the same belugas released from the "whale prison".

At the same time, two belugas were at least two years old, gray in color and small in size, which means they can be wild, since the animals released from Srednyaya Bay are now at least four years old.

However, experts came to the conclusion that they were still prisoners of the "whale prison". Since wild belugas winter in the Sea of ​​Okhotsk, now they simply would not be able to come to the south: the main habitats are frozen in ice. And the size of the animals that remained in Primorye could change and slow down due to a different food supply. At the same time, all three are not starving - they were plump and cheerful.

As ecologists conclude, released from the "whale prison" in 2019 the animals have already wintered twice in the Primorsky Territory. Previously, they also noticed off the coast of Nakhodka... Some of them returned to places of traditional habitat.