Belarusians supported by protesters in Khabarovsk 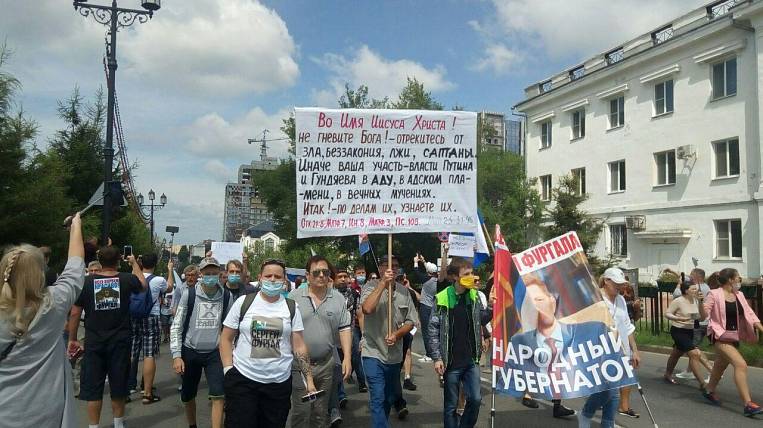 In Khabarovsk, the protesters declared their solidarity with the residents of Belarus who came to the rally in Minsk. At the traditional rally in support of the arrested ex-governor of the region, Sergei Furgal, slogans are heard "Belarus, we are with you!" People say that these two rallies have a common agenda and are directed against the actions of the authorities.

Also, people in the main city square demand that lawyers be allowed to Sergei Furgal, that a fair trial be held in Khabarovsk, and they offer the president to resign. Today is the 31st day of protests.

Saturday passed another mass meeting in the capital of the region. Senator Elena Greshnyakova came out to the protesters, she thanked the participants for their support and noted that Sergei Furgal knew about the support actions.

The protesters declare that will continue promotions until they get a result... On the evening of July 27, to a column of protesters marching along the central streets of the city, the musician joined and, more recently, journalist Sergei Shnurov. He filmed in Khabarovsk film about rallies in support of Furgal.

Earlier, the Acting Governor of the Khabarovsk Territory Mikhail Degtyarev said that the residents of Khabarovsk are turning to him with requests stop rallies... According to him, there are many citizens dissatisfied with the actions in the city.