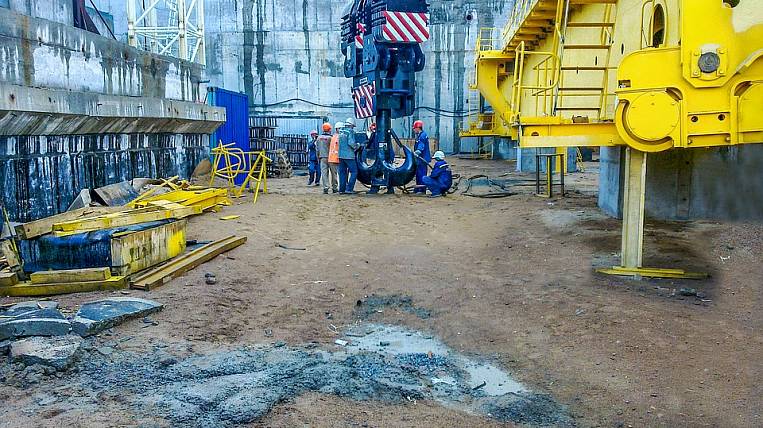 The builders of the museum and theater complex rallying on Russky Island decided to interrupt the strike and resume work. They were able to negotiate with management to meet the requirements of workers.

As the Acting Deputy Prime Minister of the Government of the Primorsky Territory, Elena Bronnikova, said, the workers began to work. The initiative group put forward requirements, mainly on the transparency of tasks and the result of work. The management of the STG-Vostok company agreed with this.

Workers of the Museum and Theater Complex on Russky Island in Vladivostok staged a spontaneous rally at the construction site on March 11th. They demanded to give them part of the unpaid salary, and also complained about unsanitary living conditions in the hostel and poor nutrition. The prosecutor's office, investigators, Rostrud began checking.

STG-Vostok executives asked week for litigation with a salary. Claims of workers are associated with a change in the level of the bonus part of the salary, which depends on overfulfillment of indicators. Several hundred builders did not go to work on March 11 and continued to strike the next day.

To build a museum and theater complex on Russky Island was commissioned by President Vladimir Putin. There, workers simultaneously erect nine objects.