News 23 September 2020
08:30 The collection of applications for grants from Rostourism has begun
Primorsky Krai 08:10 Seamen from Primorye stuck in China do not receive wages for almost a year
Sakhalin Region 07:37 For the first time in 50 years, a military hospital is being built on Sakhalin


Trans-Baikal Territory 07:00 Poisoning of schoolchildren will be checked by the prosecutor's office in Transbaikalia
Chukotka 06:30 Since the beginning of the year, more than 16 tons of gold have been mined in Chukotka
Primorsky Krai 06:00 The number of recovered patients again exceeded COVID-19 cases in Primorye
Sakhalin Region 05:30 New ambulance station will be completed ahead of plan on Sakhalin
05:05 The increased income tax rate will affect 1-2% of depositors


Chukotka 04:30 Regional tax incentives for investors adopted in Chukotka
Amur Region 04:00 Glavgosexpertiza approved the project of the cable car Blagoveshchensk - Heihe
Primorsky Krai 03:53 Primorye is “digitalized” according to the national project
Primorsky Krai 03:40 Policeman and assistant prosecutor detained for bribe in Primorye
Magadan region 03:10 The competition for the post of Mayor of Magadan will end in a month


03:00 Coronavirus in the Far East: information on the morning of September 23
Amur Region 02:30 The government will award the builders of the bridge to China from the Amur region
22 September 2020
Kamchatka 18:23 Three more residents have replenished the Kamchatka ASEZ
17:28 Banks in Russia began to transfer salaries by phone number
Khabarovsk Krai 16:48 A criminal case was opened against a bus driver in the Khabarovsk Territory


Khabarovsk Krai 16:13 Trutnev negatively assessed the pace of construction of the dam in Komsomolsk
The Republic of Sakha (Yakutia) 15:36 DRSK built a substation for Power of Siberia in South Yakutia
More news
Media News2 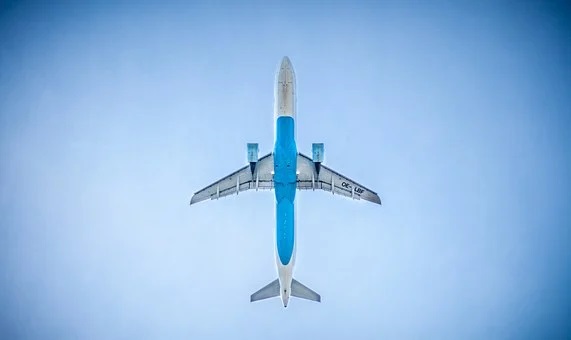 The North Wind airline canceled flights on the route Moscow - Blagoveshchensk - Moscow. SMS messages about stopping sales are sent to passengers. The airline did not explain the reasons.

According to the press service of the Government of the Amur Region, the sale of tickets, including subsidized tickets, was stopped from August 5 to October 2. According to the Minister of Transport and Road Facilities of the region, Alexander Zelenin, flights to Moscow are very popular among residents of the region, connecting routes are planned for people and resorts are booked.

The ministry sent a request to the airline's management to clarify the situation, as well as an appeal to the head of the Federal Air Transport Agency Alexander Neradko with a request to take action. From mid-May airlines resumed flights to Blagoveshchensk. Since June 16, flights to Blagoveshchensk by the North Wind carrier have resumed; the frequency of flights is now under negotiation.

Glavgosexpertiza approved the project of the cable car Blagoveshchensk - Heihe