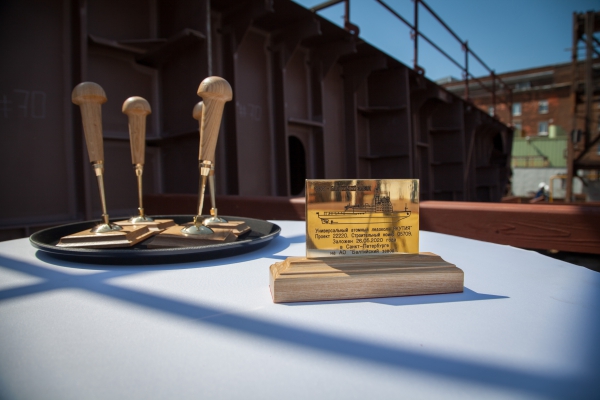 The Baltic Shipyard in St. Petersburg laid one of the largest and most powerful nuclear icebreakers in the world. He will work in the waters of the Northern Sea Route and on the polar rivers.

A nuclear-powered icebreaker will be built as part of the federal Northern Sea Route project. He will be able to cope with ice up to three meters thick. According to the press service of the plant, this icebreaker will be the fourth in a series and will receive the name "Yakutia".

The engines of these ships are two nuclear reactors with a capacity of 175 MW each, which provide seven years of autonomous navigation. The construction customer is FSUE Atomflot, part of the Rosatom state corporation.

Russia's progress in the Arctic Council discussed in Moscow