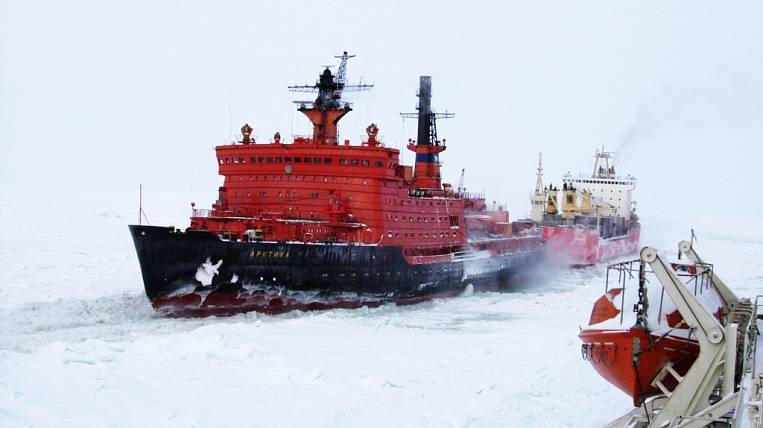 The lead nuclear-powered icebreaker "Arktika" on December 1 passed sea trials and left the port of St. Petersburg along the Northern Sea Route. In the northern capital, he underwent a warranty repair: the replacement of the propeller electric motor was required.

As EastRussia was informed in the press service of the Atomflot company, there are three nuclear icebreakers of the company operating in the water area of ​​the Northern Sea Route: Vaigach, Taimyr and Yamal. Arctic will be the fourth. According to the general director of FSUE Atomflot Mustafa Kashka, the world's most powerful icebreaker after repairs has reached its design capacity of 60 MW. He will be in charge of escorting ships along the Northern Sea Route; the passage from the Gulf of Finland will take 12 days.

Now in this direction there is a unique caravan escort of eight ships at once. According to Leonid Irlitsa, Deputy General Director, Director for Shipping of FSUE Atomflot, this is the first time that such a transition has been made. And the most difficult part has already been passed.

The Arctic was commissioned on October 21, 2020. Since the beginning of its work, the icebreaker has escorted 89 vessels.

Transfers between legal entities are launched through the SBP