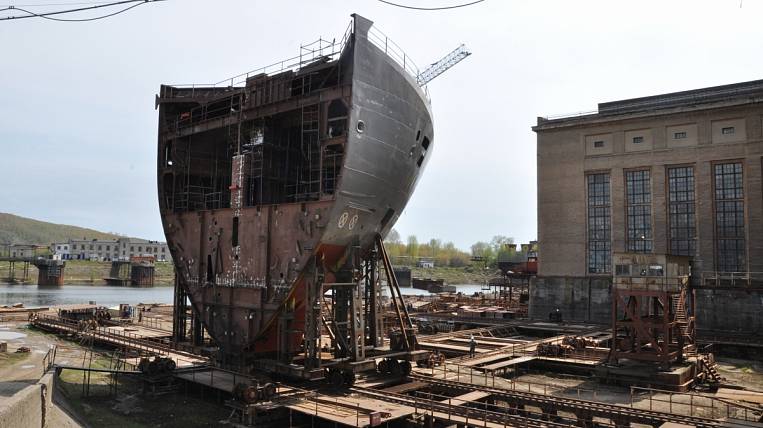 Shipbuilders from Komsomolsk-on-Amur suggest future disruptions in the schedule for building ferries for Sakhalin. According to the estimates of the Amur Shipyard (NEA), they will begin with the start of deliveries and installation of equipment to order and will occur due to coronavirus restrictions.

The plant has already begun rolling out onto an open slipway for final docking and forming a hull of formed blocks of the second serial ferry for the Vanino-Kholmsk line. According to the press service of the plant, the first formed block left the building boathouse on May 15, and now the assembly of the building has begun. In total, eight blocks are to be removed from the workshop.

According to the senior builder of order No. 301 Sergey Poleschuk, welding of the hull will be completed by July 12. In early August, work will begin on preparations for the installation of the shaft line. They plan to lower the ferry at the plant in late September.

Under the contracts, NEA must deliver ferries at the end of last year, but at the end of the first quarter one ferry was not ready and on 20%and the second is less than 10%. Each ferry costs 4,9 billion rubles. STLC ordered them for money received from the budget and the Fund for the Development of the Far East.

In 2019 year dates had to be shifted due to problems with procurement, as well as subsequent contracting and the issuance of materials for design from foreign suppliers of the main marine equipment. Because of the sanctions, the plant had to look for intermediaries, and this delayed the time for completion of work.

Ferries are capable of transporting up to 32 railway wagons or 27 car trains, as well as nine cars. Passenger capacity - 200 people. Ferries will be able to fly in difficult weather conditions and move in ice up to one meter thick.