News 10 2020 August
18:28 Ministry of Health asked to postpone registration of vaccine against coronavirus
Khabarovsk Krai 18:00 Investigative Committee began checking due to the collapse of a bridge with people in the Khabarovsk Territory
17:20 You can buy a tour of Russia with cashback within a week


Khabarovsk Krai 16:35 The trial of the father of children abandoned at Sheremetyevo began
Sakhalin Region 16:12 Sakhalin wants to resume preferential air transportation
15:46 Doctors working with COVID patients will be able to retire early
Khabarovsk Krai 15:11 Belarusians supported by protesters in Khabarovsk
Primorsky Krai 14:40 Dentistry will open next week in Primorye


Sakhalin Region 14:07 During the day, 63 patients with coronavirus appeared on Sakhalin
Kamchatka 13:52 Kamchatka is preparing for the next stage of lifting restrictive measures
Trans-Baikal Territory 13:29 Almost 6 million rubles was caused by ASF damage in Transbaikalia
Khabarovsk Krai 13:02 More than 6 thousand people recovered from coronavirus in the Khabarovsk Territory
Khabarovsk Krai 12:42 ASI: checks and pressure are the main business problems in the Khabarovsk Territory


Irkutsk Region 11:23 The former head of the Priangarye Investigative Committee became a member of the regional government
Kamchatka 11:06 SK: brother of ex-mayor of Petropavlovsk appropriated part of the bribe
Amur Region 10:36 Almost 3 thousand cases of coronavirus were registered in the Amur region
Khabarovsk Krai 10:16 The ceiling collapsed in a residential building in Khabarovsk
Trans-Baikal Territory 10:01 Development of the Udokan field started ahead of schedule

The Agency for the Development of Human Capital in the Far East (ARCHK DV) proposed to increase the information of potential migrants from abroad about resettlement programs and measures to support immigrants in the Far Eastern Federal District, the press service of the Ministry of Regional Development said.


"The low percentage of compatriots entering the Far East in the overall structure indicates the need for additional measures that stimulate migration to the macroregion. In particular, it is proposed to increase the information of potential migrants from abroad about the Far East, the possibilities for relocation and support measures, to reduce the number of procedures for obtaining citizenship, as well as to strengthen the role of institutions created in the regions and responsible for the adaptation of compatriots, "are reported. the words of the director general of the ARCHK DV Sergey Khovrat. According to the head of the agency, it is necessary to create an online platform where it would be possible to obtain all the information and submit documents for resettlement. At the first stage it is planned to launch a site on which conditions of resettlement will be given, features of regions, necessary documents are listed. "The agency plans to launch such a site with the support of the Pravda Russkaya Foundation in September of this year," Mr. Khovrat said.

ARCHK: the labor market of the Far East began to recover 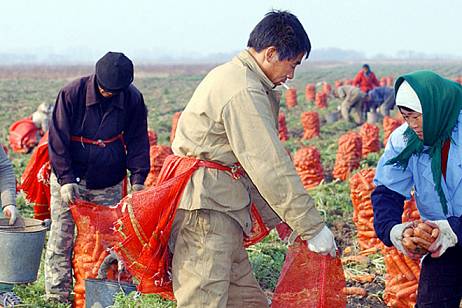