Amur Region and Gazprom signed a memorandum on gasification development 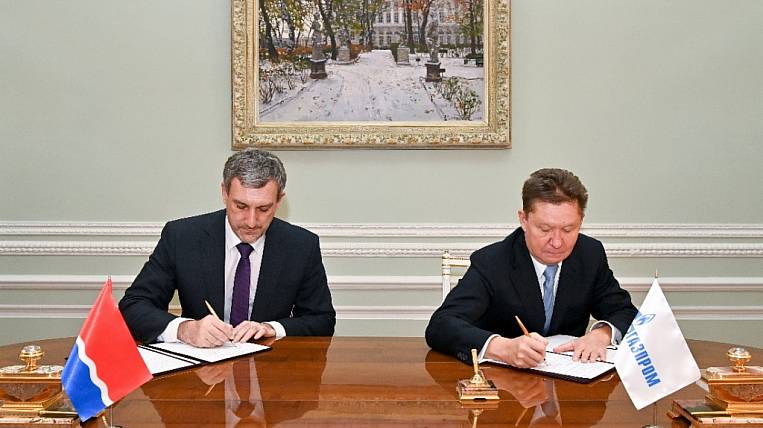 A working meeting between the Governor of the Amur Region Vasily Orlov and the Chairman of the Management Board of PJSC Gazprom Akeksey Miller took place in St. Petersburg. The parties signed a memorandum on the development of autonomous gasification of the region.

As EastRussia was informed in the regional government, the regional gasification program is designed for 2021-2025. It became possible to start work in this direction after the Power of Siberia gas pipeline was put into operation.

Everything is on schedule this year. We completed the construction of the inter-settlement gas pipeline and the Uglegorsk distribution station to the boiler house of the town of Tsiolkovsky. Gas was supplied here this autumn. Gas pipelines to Blagoveshchensk, Chigiry, Verkhneblagoveshchensky and gold mining enterprises in Magdagachinsky region are under design.

By the end of 2021, the construction of the gas pipeline to Svobodny will be completed. A Natural Gas Liquefaction Complex will also be built here. Subsequently, the gas will be used for the vehicle fleet of Gazprom Helium Service. It can also be used for autonomous gasification of the region.

As part of the signed document, the government of the Amur Region will develop a feasibility study for the transfer of regional boiler houses to LNG with the construction of infrastructure for its reception, storage and regasification.

In addition, the parties discussed the construction of the Amur gas processing plant and Gazprom's participation in the development of the region's sports infrastructure.