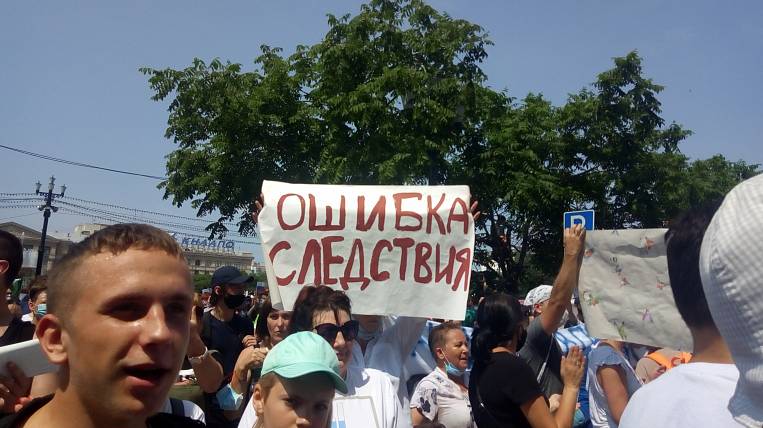 Over the weekend, actions were held in various cities of the Far East in support of the arrested governor of the Khabarovsk Territory, Sergei Furgal. Their participants supported not only the head of the region, but also Khabarovsk, the first to take part in mass rallies.

The most massive action Held in Khabarovsk on July 18. According to various estimates, from nine to 80 thousand people gathered in the city center. Rallies took place in various settlements of the region, including in small towns. Even the 30-degree heat did not stop people. In the same people they took to the streets of the regional capital in the evening, then a small meeting near the government building was held on July 19.

In Birobidzhan, motorists staged a mileage, placed stickers “I / We Khabarovsk, Sergey Furgal” on cars. In Vladivostok, a rally was held at the monument to the Fighters for Soviet power in the central square of the city. After that, following the example of Khabarovsk, the participants walked along the central streets, chanting “I / We Far East”, “I / We Furgal”.

However, unlike Khabarovsk, in Vladivostok there were some arrests. Two participants in the rally were taken to the precinct and drafted reports of offenses on them. However, other protesters say that there were more detainees.

Sergey Furgal detained July 9 on suspicion of assassination and murder organizations a number of entrepreneurs in 2004-2005. By decision of the court arrested for two months. Lawyers filed an appealHowever, the court in her satisfaction refused. After detention in the Khabarovsk Territory, rallies and processions began in support of the head of the region.