Rosrybolovstvo discusses changes in the mechanism of allocation of coastal quotas

Yesterday in the Ministry of Agriculture a meeting of experts of the working group on the preparation of proposals for the development of the fisheries complex, chaired by First Deputy Minister Igor Manylov, was held.

The meeting was attended by leaders of leading industry unions and associations, senator from Kamchatka Krai Boris Nevzorov, Deputy Minister - Head of the Federal Agency for Fishery Ilya Shestakov, representatives of regional authorities. This is reported by FishNet.

The only issue on the agenda of the meeting was the draft federal law prepared by the Federal Agency for Fishery "On Amendments to No. 166-FZ in terms of improving the mechanism for distributing quotas for the catch (extraction) of aquatic biological resources." It is assumed that the new conditions for the distribution of shares of UBR quotas will come into force with a new distribution cycle in 2018.

The main provisions of the bill were presented by the Deputy Federal Agency for Fisheries Vasily Sokolov. He noted that the text has already made a number of proposals of the fishing community regarding the lease of vessels within one group of enterprises, force majeure circumstances are stated. The most controversial part concerns coastal fishing.

At the moment, we do not have any differences between coastal and industrial fishing. In fact, we have a unified fishing space. “When asked whether we need a coastal area at all, we decided that we needed it, and it should have an investment component for the subject,” the representative of the Federal Agency for Fishery explained.

Vasily Sokolov named the main criteria of coastal fishing proposed in the bill, which should be easily verified and difficult to violate - these are the technical characteristics of vessels (in this edition, this is a limitation in length up to 36 m), as well as a ban on transhipment at sea, the impossibility of processing on board and subject binding.

Coastal quota will be allocated in priority order at the request of the subject, in accordance with the availability of the relevant vessels and processing facilities. It is assumed that, given the priority of coastal volumes, the demand for them will increase over time. Each user, having a historical catch, will be able to choose - to declare to him on the coastal or industrial quota.

In his speech, and the senator from Kamchatka Boris Nevzorov said, that the concept proposed by the Russian Fishery Agency is ambiguous, According to the senator, this concept is not acceptable for Kamchatka. With this approach, the catch of coastal fisheries will gradually be reduced. The reason is that today there is no fleet with designated characteristics in Kamchatka. The PC-300 type ships in Kamchatka have only 2 operating ones left. The rest is morally and technically outdated. Focus according to Boris Nevzorov, it follows that coastal quotas should be allocated by the entity to companies registered in the territory of this entity.

Throughout the meeting, the keynote was the question Igor Manylova to the participants - is it possible in principle to regulate coastal waters by ships? Igor Manylov tried to get an answer from each speaker. It should be noted that the Working Group in the Ministry of Agriculture under the leadership of Igor Manylova he works out in detail all the proposals from the fishing community, putting at the center not so much time as quality and detailed study of all the comments.

President of Varpe Alexander Fomin noted that the fishermen have already agreed to lease agreements with the condition of mastering 70% of the volumes by their own vessels or vessels. However, it is necessary to prescribe more precisely the circumstances that do not depend on the fishermen, in particular - poor-quality science forecasts and weather conditions.

As for the block of articles on coastal fisheries, the bill is still very raw. In addition, according to Alexandra Fomin, under such proposed conditions, all fishermen will apply for industrial fishing, why do they need these restrictions? And the fact that industrial fishing is permitted in the coastal zone will not find support from the regional governors.

The issue of tax amnesty of courts built and modernized abroad, which was previously discussed, has so far been somehow lost.

Chairman of the Union of Fishermen of Karelia Igor Zubarev suggested setting as a reference point - medium-sized fishing vessels. “- We are for the development of a clear regulation of coastal fishing. We propose to prescribe in the protocol a clear timeframe for the emergence of a method of granting coastal quotas, taking into account the tasks that the regulator sets for this type of fishing. And then move on to discussing the size of the ships.

The method should contain:

The depth of processing of fish products and the place of their delivery should be determined by the regional administration in connection with the peculiarities of the geographical position of the region and its remoteness from the place of fishing. The methodology must first be discussed with the regions, "- this opinion was voiced in his report Igor Zubarev.

Chairman of the Board of "Rosrybkhozsoyuz" Boris Blazhko confirmed the opinion of his colleagues that in many regions only large vessels can operate on the coast, for example, in the Kuril Islands. Also, a representative of the fishing community asked to make an exception for the 26th prodistrict of the Baltic regarding the threshold for the development of the WBR - to set the rate of 50% for 3 years in a row due to the specific fishing situation in these waters.

Representative of the Sakhalin region Vladimir Izmailov noticed that in the coastal area the whole world follows a different principle - according to the fishing areas. Back in the 19th century, 3 miles were identified as coastal fishing, the rest is oceanic. Both America and Japan live on this principle today. But we adopted a different concept in No. 166 FZ. This concept must be adhered to, although there is always an opportunity to clarify some of its individual positions.

“- Why move away from what we have all accepted together and from what has been working for not a single year, from what everyone is already used to? After all, many processing enterprises have already been built in the Northern Kuriles and Kamchatka for these purposes. And if everything changes now, they will be left with nothing.

As for the restrictions on the size of ships, in many areas in the Far East it is impossible to work with small ships, the current is such that sometimes the BMRT is not raked out. Let's work on some provisions, but in principle we must leave what we have, ”the expert concluded.

Representatives of the fishing community repeatedly in their speeches drew attention to the fact that the proposed innovations should not destroy the concept of the base No. 166-FZ. Today, collisions are already occurring, when some decrees destroy others.

The experts offered technical characteristics of vessels to give the right to define subjects, to register them in the Basin Fisheries Rules, since coastal fishing initially was aimed at the powers of the subjects - each territory has its own specifics, its own economy. An example was given of the dependence of the economy of onshore power on the cost of electricity, as well as the possibility of a special economic zone.

In conclusion, the head of the Federal Agency for Fishery Ilya Shestakov I tried to convince the audience and also explain the meaning of the Concept of the draft law proposed by his department.

“Our main task is to give an incentive so that those who want to deliver fish to the ports of the Russian Federation, unload it and send it for processing, have the opportunity to receive priority shares of quotas. We don't want to get into the economy. We say - if you want to engage in industrial fishing and do not carry anything ashore - do it. But those who want to carry ashore will receive more in volumes. That is, we offer this method of economic incentives.

If it turns out that it is more economically feasible to carry out processing on board within its scope, there are no questions. This means that no one will go to coastal fishing. This means that there will be a single fishing area, all quotas will be combined.

But I am sure that there will be those players who say no, we want to deliver to the shore, we have our own fish processing plants, including in the Northern Basin. We have already invested money in them, and it will be so more efficient and profitable for us to get a larger volume, to load our enterprises 100%, and to receive there, and this is how to remove our profitability, ”he tried to convey his position Ilya Shestakov. 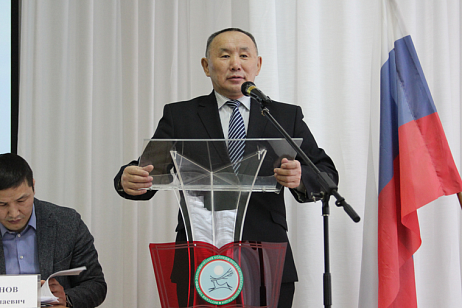 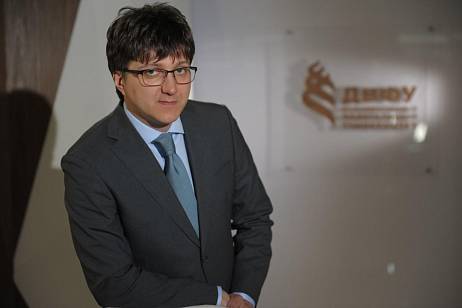 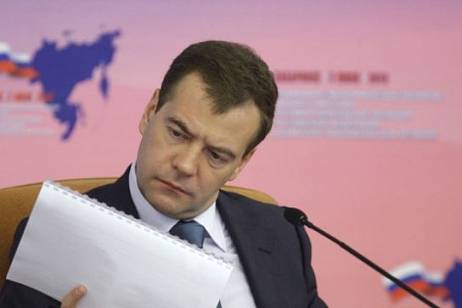