Governor Alexander Vinnikov and Chairman of the Legislative Assembly Anatoly Tikhomirov congratulated its residents on the anniversary of the region.

According to them, immigrants from different parts of Russia and many foreign countries came to build Jewish autonomy. Along with the great support of the Soviet state, international Jewish charitable organizations provided versatile assistance to the formation of the region.

“Meanwhile, our region was originally not only a propaganda, political and national-cultural project. Commenting on the decision to create it, the chairman of the Central Executive Committee of the USSR Mikhail Kalinin emphasized that it "is of great economic importance for a rich and completely undeveloped region, which has the largest deposits of ore, huge areas of forests and everything, including gold." The Jewish autonomy was also intended to play a strategic defensive role as an important link in strengthening the Amur borders of Russia, ”Vinnikov and Tikhomirov said. 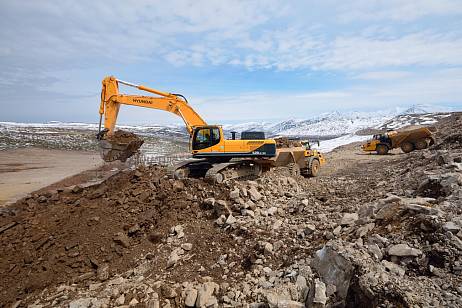