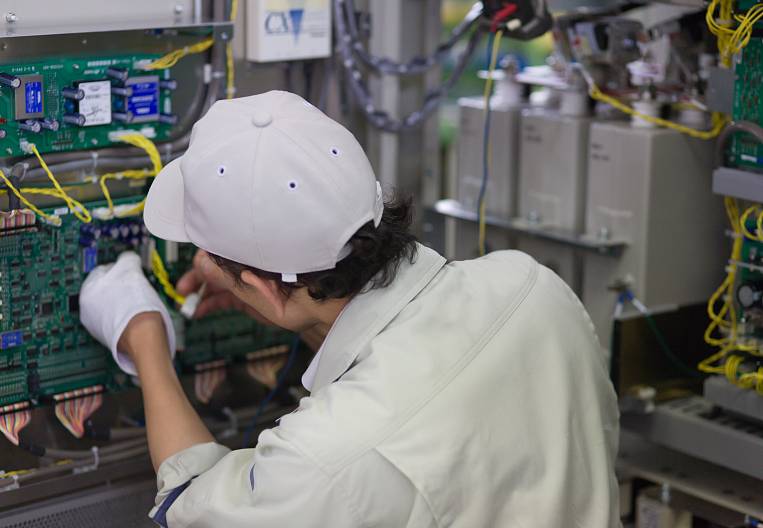 EastRussia.ru continues to publish a series of materials on the economic relations between Russia and its neighbors in the Pacific region. Next in line is Indonesia.
Indonesia has long been one of the key players in the region. The country is inferior to China in comparison with its regional neighbors in terms of population (more than 245 million people) and an area (almost two million square kilometers). If we consider that politically it remains more or less stable for quite a long time, such a positioning of the archipelago will not seem unexpected. In addition, Indonesia has the ninth GDP in the world according to the World Bank (2,388 trillion dollars in 2013, Russia in sixth place, its GDP is 3,461 trillion dollars).

Of course, cooperation with such a giant, also included in ASEAN, can not but interest Russia. What are the main areas of cooperation?

First of all, Russian-Indonesian trade relations are concentrated around arms contracts. In this area, cooperation has been going on for a long time - since 2003. Indonesia bought from the Russian Federation SU-27 and SU-30 fighters, MI-35 and MI-17 helicopters, as well as infantry fighting vehicles, armored personnel carriers, automatic weapons and ammunition, so the arms export structure cannot be called one-sided and focused only on aircraft. Otherwise, this could be a problem due to the fact that the products of Russian aircraft manufacturing plants are faced with increasing competition, even in such a traditional market for Russia as India. All this activity in the arms market is flavored with anti-terrorism cooperation sauce (albeit in multilateral treaties) within the framework of ASEAN.

It is absolutely clear that arms sales to Indonesia will retain their share in the total Russian-Indonesian trade. The importance of this interaction is underlined by the existence of such a body as the Business Council for Cooperation with Indonesia, which has been operating since 2009. In 2011, total trade was $ 1.8 billion, $ 2.8 billion in 2012, and recently a mutual decision was made to bring trade to $ 2015 billion by XNUMX. In connection with the long-awaited entry of Russia into the WTO, this figure seems to be quite real, including due to the fact that the number of customs procedures will move downward.

By the end of this year, the trade balance should reach $ 2013 billion. Within the framework of the tendencies of Russian-Indonesian trade, this agreement looks quite justified and timely. Thus, according to the Russian ambassador to Indonesia, Mikhail Galuzin, in 13 the volume of trade increased by 30 percent in the first seven months alone (compared to the previous year). “Over the past five years, on average, trade has increased by almost XNUMX percent each year,” said Indonesian Economy Minister Hatta Rajasa.

In the context of this expansion, the decisions and contracts reached during the recent visit to Indonesia of a large delegation of Russian officials and representatives of large state and private companies in the framework of a bilateral forum on investment strategies are of great interest and provide an answer to the question in what other areas will cooperation between two countries, and, accordingly, reveal to us the whole breadth of prospects, which we want to consider in this material.

The very fact of holding such consultations suggests that cooperation is planned precisely in the long term. In the relations between the countries really involved strategically Important companies - their representatives in Jakarta sent KAMAZ, RUSAL, Russian Railways, Norilsk Nickel. The meeting was also attended by Deputy Prime Minister Dmitry Rogozin, who said that Russia sees great potential in expanding trade and economic cooperation with Indonesia. On the Indonesian side, Arbaya Energi, one of the business groups controlled by the head of the Indonesian Chamber of Commerce and Industry, will be one of the partners, so you can say with confidence that Russian business is provided with the most favored nation treatment.

Obviously, Russian companies perfectly feel solid ground under their feet - RZD is ready to invest up to two billion dollars in building a railway in East Kalimantan, KAMAZ - up to three, including building its own plant in the country, and the total investment this year can be up to six billion dollars.

Cooperation is not limited to machine building and arms exports. The Indonesian market of Norilsk Nickel and RUSAL are actively developing. The main victory recently was the adoption of a new law, according to which the export of bauxite and nickel ore will be banned - the law was lobbied specifically by Russian companies that played the card of the refusal to invest. This led to an increase in prices for aluminum and nickel, which, of course, played into the hands of Norilsk Nickel and RUSAL.

This leads to two considerations. First, due to large investments, the cooperation between Russia and Indonesia is seen not only as promising, but also as long-term. Such a large market, especially with a potential narrowing of the economic space for Russian companies in connection with sanctions, can not remain without attention, and, of course, the volume of trade and investment will only grow. Secondly, the history with direct influence of Russian companies on the legislation of the country in a favorable light for themselves indicates that in this market Russia is already one of the most important players and in the future this presence will expand, grow and bring in serious revenues.