Life on a rotational basis

The territory is huge, the potential is great, the plans are colossal - but people are not enough. Approximately so it is possible to describe a situation existing now in the Far East. In the Far-Eastern Federal District, the territories of advanced development (TOR) and new enterprises are created, and the existing ones are modernized. It is planned that in the next few years more than 100 thousand new jobs will be created in the federal district. But just ... for whom? There are no people for large-scale projects. 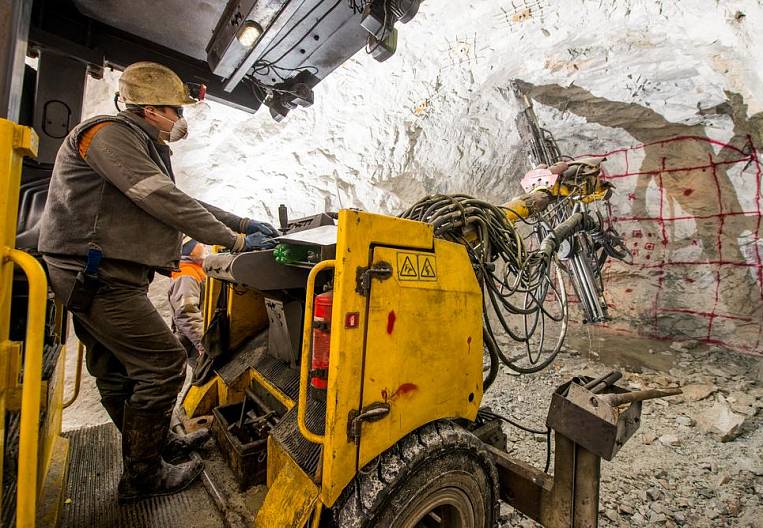 Photo: shutterstock.com
“Already, many companies, including those created in the TOP, are forced to attract employees from other regions. But the use of labor migrants (working on rotational or other methods) often contradicts the goals facing both the enterprise and the workers. In addition, the mobile population is less involved in the formation of domestic demand for goods and services in comparison with the population permanently residing in the territory, ”the FEFU School of Economics and Management notes.

According to the School, the region occupies more than 35% of the country's territory, and its population is less than 5% of the all-Russian population: only about 6,2 million people. So the attraction of shift workers, good or bad, is, in fact, the only way to make the Far East "work", to start developing.

- The launch of such a master's program is the university's contribution to the implementation of projects for the development of the Far East. Our region is very large and sparsely populated. Therefore, the world practice of solving demographic problems cannot be directly applied to it. The training program "Management of the socio-demographic development of the Far East" is aimed at creating management teams that will work on solving this most urgent problem, - says Elena Gafforova, director of the School of Economics and Management of the FEFU.

Scientists of FEFU, obviously, will have to make a lot of efforts to solve this problem - if at all possible. After all, according to Rosstat's forecasts, in 2018 the population of the Far East not only will not grow - on the contrary, its outflow from the Far Eastern Federal District will double. While not working fully and relocation programs for permanent employment of specialists from other regions. It turns out that all the hope is again for shift workers - those who came to work for a couple of months from other Russian regions or from abroad.

At the end of 2017, the All-Russian Center for the Study of Public Opinion (VCIOM) conducted the first sociological survey related to the calculation index of human capital development in the Far East... The index is calculated based on 146 indicators and allows you to analyze, in particular, the quality of life and the demographic and migration situation in the region.

According to data provided by VTsIOM, typical for all subjects of the Far Eastern Federal District are such problems as prohibitive housing prices, expensive utilities, unfavorable mortgage conditions. In most of the Far Eastern regions, people complain about the inaccessibility of higher education - and this leads to the fact that people go to school en masse to other places and do not return. Critics of the Far East and the level of health care, especially the acute issue of obtaining highly qualified and high-tech medical care. As for the situation on the labor market, according to VTsIOM, residents of the DFO as a whole quite highly appreciate the stability of payments, but the gap between the expected and real wage levels is great, especially according to the study, in the Amur and Magadan regions, Khabarovsk Krai and the Jewish autonomous okrug. Another problem, which was declared in all the Far Eastern regions without exception, is the excessively high prices for air tickets.

In other words, the situation in the Far Eastern Federal District is just such that it is possible to come there to work for some time. But to live constantly is difficult.

Vahtoviki also go. Mostly on 2-4 months. Attracted highly qualified specialists - for a longer period, however they do not move to permanent residence in the Far Eastern Federal District. By data of the Research Center for Demographic Development of the Far East of the FEFU, mainly workers from other regions are attracted to extractive, fishing and fish processing enterprises, and those that work in the fields of energy, shipbuilding and ship repair, forest use. And these companies do not experience the shortage of temporary, shift workers.

“Many of our clients fundamentally want to work only on a rotational basis, they don’t need permanent work with living in the Far East,” said EastRussia at the Vakhta North recruitment agency. - There is only one reason - money. For example, a driver on a shift receives 70-80 thousand a month, a shift lasts two months, so just count. In other specialties, earnings can exceed 100 thousand per month. And on the "permanent" for the same work a person will receive three times less. For shift workers, 30-40 thousand is a ridiculous amount. Otherwise, they can take out a mortgage and solve other material problems. It happens that it is still not so easy to get on watch. Sometimes employers demand recommendations when deciding whether to hire a shift worker, everyone needs experience, a certain qualification of a temporary worker.

True, they add in the agency, for a double - in comparison with the "mainland" - salary and work, most likely, will have to double. You have to be prepared for 12-hour shifts with one day off a week, even in harsh climatic conditions.

Meanwhile, already in the mentioned study of the School of Management and Economics of the FEFU, it is said that many employers refuse to recognize that they are attracting shift workers, and the real number of temporary workers in some enterprises may be higher by 20-100% of the data shown in the reporting. Especially, the researchers note, this situation is typical for the fishing industry in the period of Putin (specific enterprises in the study are not named, but it is noted that data were used about 100 companies).

In the agency Vakhta Sever, the existence of this problem is acknowledged.

- If we are talking about large companies, both Russian and with international participation, working, for example, in the oil and gas industry, then, of course, everything is official there: contracts, entries in the work book, white salary twice a month. And in smaller enterprises they may not conclude a contract, and deceive with a salary. However, this happens not only on shift, but also with permanent employment, it all depends on the specific employer. Well, you have to look, of course, where you go to work. There is such a dilemma: it is not easy to get into a large, reliable company with a good reputation, but it gives all the guarantees. And from those who take everyone in a row, you can expect anything. Although, to tell the truth, the shift workers themselves are not very demanding. They come for money, if they pay, that's enough. Few people are even aware that they are entitled to vacation pay according to the TC, for example. And employers benefit from this.

The correspondent of EastRussia called several enterprises operating in the areas listed above. The result, in general, was predictable: in some companies, they said that they had working shifts strictly according to the Labor Code (for example, they were told about it in such enterprises as "Burgeocom", "RusOlovo"), others said that the shift workers in general Do not invite, at the most - take for the season local residents who want to earn money. It turns out that the shift workers, who really go to the Far East tens of thousands, sometimes seem to be like it does not exist.

And maybe, from the point of view of the development of the region, so it is? People came, earned good money, got their own and left. On that and the end.

“In general, this is true,” says Alexander Patrushev, shift worker of one of the Gazprom's contractors. - I come here only for money, what will happen after me is not very interesting. And what else should I think about if I’m here for two months, and then back? About the development of culture and sports in the region, or what? Isn't it all the same to me, in all honesty? While I am on watch, I hardly spend money: I have no time (a lot of work), and I don’t want to (I am saving up for my own purposes). They pay very well and on time, I will not complain. But permanently, I would not move to the east. Firstly, I get good money here only because I work for half a day on duty. And if you work according to the usual schedule, you will not yet understand how it will be. Secondly, the living conditions here are not very good, to be honest. Then I still don't understand: shift workers are recruited, and the locals complain about the lack of work. How so? Directly a mystery to me. Maybe if I had moved, and it would have turned out for me ... Well, what is the point for me to move here? In my hometown I have friends, close people - you can't take everyone with you. So my option is to make money while they pay. I'm not interested in anything else here.

At the "Days of the Far East in Moscow", which took place at the end of 2017, presidential envoy to the Far Eastern Federal District Yuri Trutnev said, that only (and specifically) Muscovites Far Eastern enterprises are ready to offer 45 thousand jobs. Do not watch - permanent. That people from the capital moved to the Far East forever. Information about how many residents of Moscow responded to this proposal, yet.
Tags: demography migration staff Far East