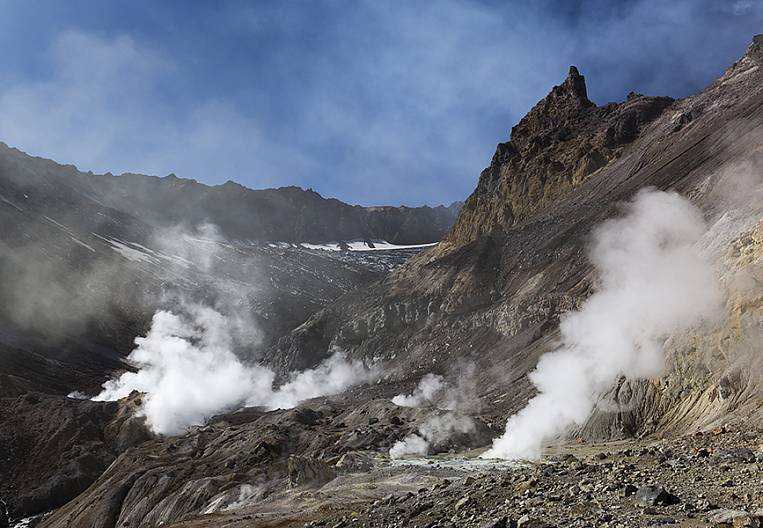 Volcano Mutnovsky can be called “Alive” with full confidence. Changes take place in the crater of the volcano from year to year. This is primarily due to soil erosion and a huge amount of snow falling during the winter ... Tourists mainly visit the so-called fumarole site in the center of the crater, where everything around him hisses, gurgles and smells of hydrogen sulfide. 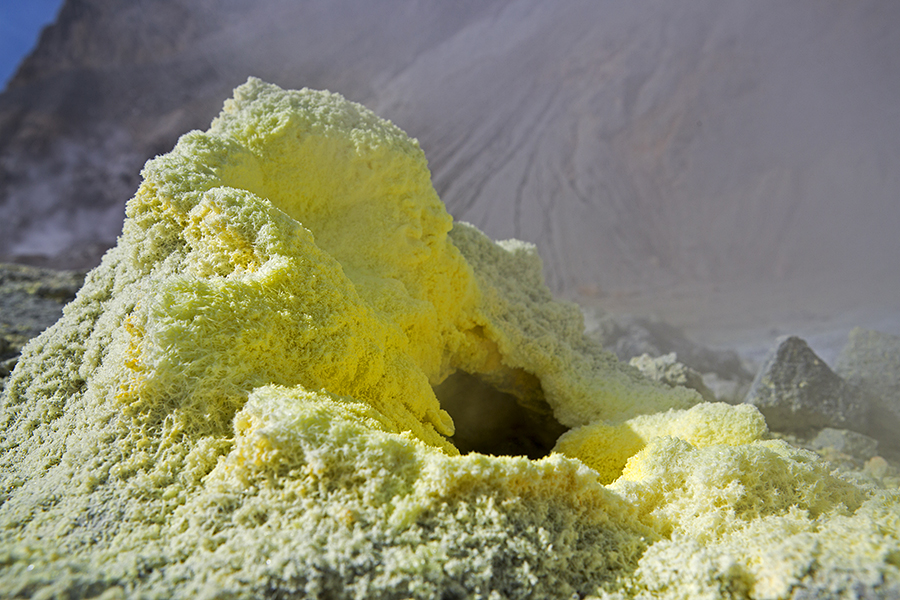 This time, the lava did not impress me much, as I was eager to look into the crater of a volcano. And when dusk came, we went to the crater ...

Going to the very edge, it becomes hot and a little scary, because the cauldron of burning hot lava, which is raging just 100 meters under your feet, periodically explodes and lava takes off meters on 30 above us. Each explosion is accompanied by appreciable pressure on the ears of the blast wave, and then you fully feel the power of the Earth !!!
The author publishes an amazing photo essay about the unexpected sides of the active volcano of Kamchatka.
Tags: Kamchatka Mutnovsky volcano tourism