Transbaikalia lands will be sent to the "bank"

In the near future, an inventory of agricultural land will begin in Transbaikalia. It is planned that the presentation of the “agricultural land bank”, which they will enter, will be held at the Eastern Economic Forum in September this year. 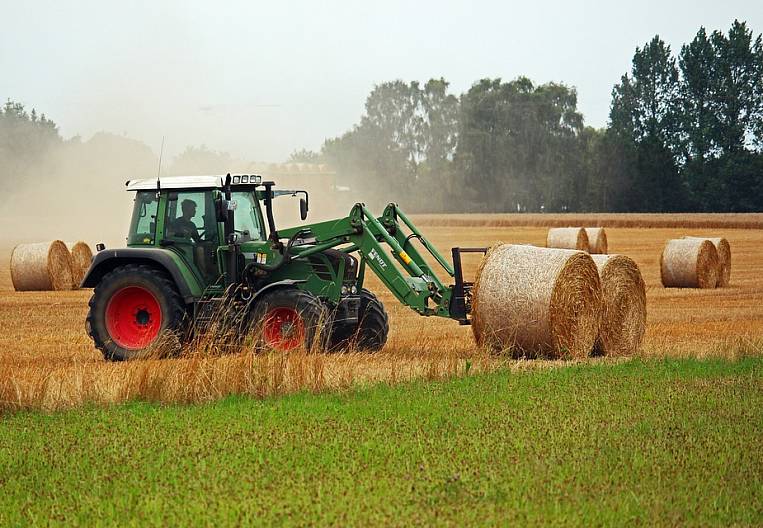 Yuri Trutnev, Deputy Prime Minister and Presidential Envoy to the Far Eastern Federal District, announced the creation of a “land bank” during his visit to Chita. According to him, he got acquainted with the principle of the “agricultural land bank” - an electronic card with which the investor, together with the Far East Investment Promotion and Export Support Agency, will be able to choose a site for launching agricultural projects.

“In the Trans-Baikal Territory, as well as throughout the Far East, state resources should be used as intended and as efficiently as possible. Land should benefit regions, benefit people. So, it should not overgrow with weeds, stand idle due to negligence of tenants. And those investors who want to work, grow crops, and start milk and meat production should receive land, ”the envoy noted.

The order to organize work on the inventory of agricultural land in the Far Eastern Federal District in order to identify land that can be transferred to investors who are effectively implementing agricultural projects was given by President Vladimir Putin during the WEF-2017. The new tool was developed by the Ministry for the Development of the Russian Far East, the Far East Investment Promotion and Export Support Agency (ANO IPA), and the Far East Development Corporation (KRDV).

ANO IPA has already carried out an inventory of land in the Primorsky Territory and the Amur Region and has found “free” land for subsequent cadastral registration and unused lands that are leased. Experts have identified 501 thousand ha of such lands in Primorye (366 thousand “free” and 135 unused leases) and 343 thousand ha in Priamurye (249 thousand “free” and 94 unused leases). In the near future, the inventory will begin in Transbaikalia, Buryatia, the Jewish Autonomous Region, Khabarovsk Territory.

For "free" lands, preparations are underway and approval of land location schemes on the cadastral plan of the territory, the formation of land plans for land plots. After that, the land will be put on the state cadastral register and register the ownership. Land can be included in the composition of territories of priority development - this will allow the investor to provide land for agricultural projects without competitive procedures.

When identifying unused leased land, the entrepreneur is first sent a claim to fulfill the terms of the lease. In case of failure to fulfill lease obligations within a month, the municipality filed a lawsuit with the court to terminate the lease.

The “agricultural land bank” tool was tested when working with several investors. With the help of this geoservice, land plots were selected for them. Using the “agricultural land bank”, you can look at the availability of types of agricultural land in a specific municipal district, see what area they are, where they are located. In the base card of land there is information on the inventory, there are photographs and a review video. The service promptly processes investors' applications. This helps to launch investment projects faster.

In addition to the Agricultural Land Bank, the WEF will also present an interactive prototype of a digital platform for the forest industry, developed by the Far East Development Fund (FRDV). The service will automate the process of distribution of forest plots and transactions with wood. Its basis will be an electronic wood passport, an interactive map for monitoring and independent site selection, electronic auctions, an exchange of industry goods and services. FRDV is developing an Internet service for the forest industry, based on the successful digitalization experience of the Far Eastern aquaculture industry. A new mechanism was launched last year, during which time 68 plots for aquaculture with a total area of ​​14,5 thousand hectares have already been allocated through electronic auctions.

The region will present investment projects

The need for holding an inventory of agricultural land in Transbaikalia following a meeting of the Council under the Presidential Plenipotentiary Envoy to the Far Eastern Federal District held in Vladivostok, said the head of the region, Alexander Osipov.

“One of the topics that has been raised by the Council is the creation of modern jobs with good wages in the regions. The development of the labor market is one of the priorities for the leadership of Transbaikalia. Of course, in comparison with other regions of the Far East, where there are access to the sea, ocean, we have some difficulties. At the same time, there are also competitive advantages of their own: natural resources, forests, agricultural land, and the largest border checkpoint operates on the border with China. How to use this potential to significantly increase the number of decent jobs, what to do together with the federal structures are the issues that the government faces today, ”commented Alexander Osipov.

As the head of the region noted, the inclusion of Transbaikalia in all aspects of the WEF agenda is being worked out. The region will be presented in a business, cultural, sports program. The forum will host the exhibition pavilion of Transbaikalia. The region will present the resource base, the region’s capabilities, investment projects that will be implemented thanks to the creation of the territory of priority development.

“Participation in the forum gave a significant impetus to the development of the Far Eastern entities, and today the Far East is the largest construction site in the country. Our task is to use this potential to give an impetus to the investment, economic, and social development of the region. In addition, we must show potential investors our opportunities, including through such tools as a “bank of agricultural land”, Internet services of the forest industry and a number of others, ”concluded Alexander Osipov.