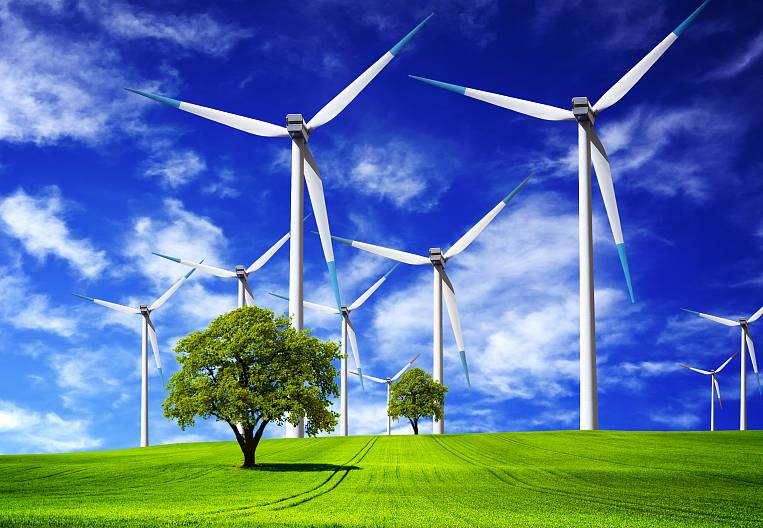 In the Far East, they are implementing a large-scale program to introduce alternative generation technologies. The construction of wind-diesel complexes and solar stations in isolated energy districts makes it possible to reduce the dependence of populated areas on imported diesel fuel and in the future stabilize the energy tariff.

The modernization of the energy infrastructure is a task without the solution of which the sustainable economic development of the Far East is impossible. At the same time, in parallel with the construction of large power plants in the region, the development of distributed generation is required, since a large number of isolated power nodes are located on this territory. Remote settlements are now supplied with electricity from diesel stations running on imported fuel. The cost of the energy generated by them is very high due to the low efficiency and wear and tear of the existing equipment, as well as due to high transport costs. The prime cost of a kilowatt-hour can reach the exorbitant 100 rubles, which are either subsidized by the regional budget, or paid by a large consumer through the notorious "crossroads". Today, about 250 diesel and gas turbine stations with a total installed capacity of about 470 MW operate in the power systems of the Far East. Last year, RAO Energy Systems of the East paid 9 billion rubles for the required amount of fuel, and as the price of a diesel engine rises, this amount only increases.

In the current situation, alternative energy in the Far East is becoming economically efficient today. Due to partial replacement of diesel generation with renewable energy, it is possible not only to return the invested funds, but also to create a reserve for reducing the tariff.

The sun of Yakutia and the wind of Kamchatka

In isolated areas of Yakutia from 2011 year is the construction of solar stations. Now the Holding operates five small objects, each with an output of 20-30 kW. Every year they save from 9,3 to 16,2 tons of diesel fuel. The savings go to the return of investment in solar generation facilities. So, Batamayskaya SES at the cost of the project 3 million rubles annually "returns" due to savings of about 500 thousand rubles.

Kamionchatka became a pioneer in the development of wind power. The average annual wind speed here is 7-8 m / s, this is more than on the continental sites of Germany and Denmark, which are among the world leaders in the use of wind power. If in the case of SES a typical technology will be replicated, then in the wind generation each project is individual. This is dictated by the climatic features and availability of construction equipment on each site.

The first industrial facility of OJSC Mobile Energy (a subsidiary of RAO Energy Systems of the East, engaged in the introduction of wind generation) was commissioned in August 2013 on Bering Island in the Kamchatka Territory. The wind-diesel complex began to supply electricity to the village of Nikolskoye, the only settlement on the Commander Islands. Two new wind power plants with a capacity of 550 kW, which appeared on the island, were produced by the French company Vergnet. The main feature of the equipment is that it is self-lifting, and an ordinary truck crane is enough for its installation. Now windmills are combined into a system with diesel generators and a small boiler house of the village. Thanks to the constant winds on the island, "green" kilowatts can provide about 50% of the annual electricity consumption. The projected fuel economy at this facility is 350 tons of fuel per year, which will make it possible to recoup the capital investment in just over 10 years.

Almost simultaneously with the commissioning of the VDK on the island of Bering, the blades of the pilot wind power plant in Ust-Kamchatsk, one of the centers of the fishing industry in the region, began to rotate. Climatic conditions in this area required Vergnet engineers to improve the design so that it could remain operational at high temperature changes, and the blades were not icing.

The expansion of the capacity of the wind farm in Ust-Kamchatsk and its coupling with the existing electric and thermal complex of the village is now in the focus of attention of the engineers of Mobile Energy. Japanese companies Mitsui & Co and Komai Haltec Inc. also expressed interest in the development and testing of wind power equipment based on Ust-Kamchatsk. Their main task is to create advanced technologies for the use of RES in the climatic conditions of the Arctic.

The Memorandum of Understanding between Japanese companies and JSC RAO Energy Systems of the East was signed within the framework of the IV Russian-Japanese Investment Forum, which was held in Tokyo in March. The agreements of the companies provide for the integration of three wind turbines for 300 kW each into the isolated power system of Ust-Kamchatsk, the creation of an automated process control system (ACS TP) and a set of software and hardware tools for stabilizing the network parameters and disposing of excess electricity.

The active phase of the implementation of the second stage of the wind-diesel complex in Ust-Kamchatsk will begin in 2015. Following is the third phase of the expansion of the station, as a result of which the total capacity of wind turbines in the village will reach 2550 kW.

In general, the plans of the holding in Kamchatka envisage the construction of seven more wind-diesel complexes: the total installed capacity of new wind generators will be more than 13,5 MW. The agreement on the creation of new facilities was fixed by the Agreement on Cooperation in the Development of Renewable Energy Sources, which was signed last year by the management of the holding and the government of the Kamchatka Territory.

In accordance with the document, the Government of the Kamchatka Territory will assist the holding in agreeing and signing tariff agreements with the Regional Service for Tariffs and Prices of the Kamchatka Krai for each of the implemented RES projects. In addition, the government undertook to provide consulting and methodological support, to send information on potential investors to RAO Energy Systems of the East.

The Holding is open for cooperation in solving both technological and financial problems. In addition to French and Japanese companies, potential equipment manufacturers from China, the Republic of Korea, the United States and EU countries are among potential partners.

"We have very serious prospects that attract potential foreign partners. We will consider proposals from different manufacturers - European, American, and Asian. We will compare them by technology, cost and capabilities, "- says Alexei Kaplun, Deputy General Director for Strategy and Investments of RAO Energy Systems of the East.

Domestic companies are also invited to cooperate. So, for the project of a wind-diesel complex in the village of Novikovo on Sakhalin, renovated Danish windmills are used, which received an integrated engineering “tuning” at the Tyulgan Electromechanical Plant near Orenburg. Power engineers have their own developments. As part of the R & D "Mobile Energy" and "Yakutskenergo" have developed an automated system for controlling the wind-diesel complex. A unique hardware and software system synchronizes the work of a windmill and a diesel power station, which allows the most efficient use of wind potential with minimal fuel costs.

When implementing projects, the holding company “RAO Energy Systems of the East” intends to resort to different financing models, but the emphasis will be placed on raising funds. “From the point of view of payback, these are the very projects that can and should be done with attracting other people's money,” Sergey Tolstoguzov, the holding’s general director, said in a recent interview with the Kommersant newspaper. - It is better to send your own money to where the attraction of third-party funds is extremely difficult, but the facilities are socially significant and provide reliable energy supply. In the case of renewable energy, it is possible to guarantee a return on investment, which is almost absent in the Far Eastern energy sector. Therefore, we envisage the financing of projects both from our own sources, and with the involvement of third-party loans and investors. ”

At the moment, the holding has determined the order of 176 promising objects for the introduction of renewable energy. The goal is to introduce 120 MW to 2020 of the year.