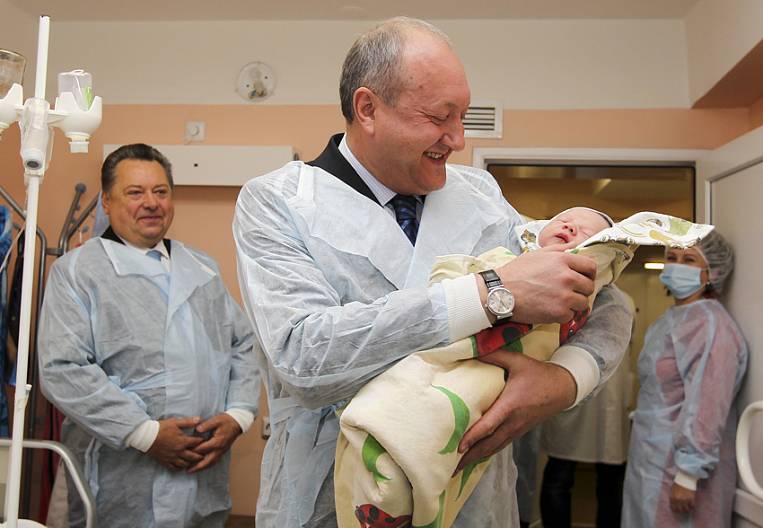 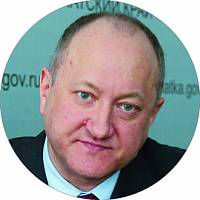 Former Governor of the Kamchatka Territory

"I do not like being last" "We have achieved stability. Now we must achieve stable development " Here begins Russia
All author's materials
Residents of this region are the first in Russia to meet the new day. Moscow is still having dinner at this time, and in Kamchatka the clock is already counting down a new day. Extreme northeast of Russia. How is life here today? We are discussing this with the governor of Kamchatka Krai, Vladimir Ilyukhin.
- Vladimir Ivanovich, recently Kamchatka has received a new impetus for development. Large construction projects, record catches in the fishing sector, development of mining production. What gave the impetus to such a noticeable change?

- It is no secret that marginal subjects experience much greater difficulties in the development of the economy than the central regions of the country. Indeed, among other things, we have too many infrastructure and transport barriers. However, in remote regions of the Federation, changes for the better are always very noticeable. Kamchatka is a kind of barometer, an indicator of what is happening in the country. And today's changes and successes of the region suggest that the state’s efforts to develop the Far East began to yield real results.
Thanks to federal programs, housing construction in Kamchatka received a powerful push. We are the first to comprehensively solve the problem of seismic housing deficiency. Last year, in Petropavlovsk-Kamchatsky, the first large residential area was handed over - almost a thousand Petropavlovsk families received housewarming. This year we are starting to build another residential area, we are preparing a program for the construction of low-rise housing.
For the first time in a long time in the province, works are under way to improve: we start building new embankments, equip residential areas, repair roads. Considerable attention is paid to the development of the former Koryaksky district. We start implementing programs for the construction of small schools and paramedic posts in remote villages.
The support of the federal center in the development of transport communication is very important for Kamchatka. Now we are reconstructing the main airfield complex of the peninsula. Reconstruction of the runway will cost more than 10 billion rubles, but this will allow for many years to ensure reliable communication with the mainland, safe air traffic. When there is federal support, it is much easier to resolve private investment issues. With the beginning of work at the airport, we have guarantees of investment in the construction of a new terminal. Next year we hope to start building a new modern airport.
Road industry is not standing still. This year, the contractors, Sakhalin bridge workers, have handed over the largest bridge in the region. Similar bridges in the Far East are counted on the fingers. The unique design of the bridge will allow it to resist even in the event of a strong earthquake. The bridge will provide reliable communication with the large fishing area of ​​Kamchatka.
Kamchatka is developing. And this can not fail to notice people. The social well-being of the population is gradually changing, and this is the most important thing for the semi-island, for the entire Far East.
- Vladimir Ivanovich, now in the country are discussing various options for the further development of the Far Eastern territories. In your opinion, which mechanism will be the most optimal?

- This year, Kamchatka fishermen again beat their own records in catch volumes. We even had concerns that the processing capacity in the region could not cope with such a volume of fish. But the fears were not confirmed. In recent years, our industrialists have noticeably increased their production capacity, in just three years eight new modern factories have been built in the region. Some more production bases will be handed over by the end of the year. The fishing industry of the region does not stand still. We are gradually expanding our sales markets, and last year we began direct deliveries by the Northern Sea Route to St. Petersburg. Our fish is increasingly appearing on the shelves of Russian stores. In addition, I believe that the development of the main arctic transport highway will give a powerful impetus to the development of the economy of coastal territories. With the development of the Northern Sea Route, we associate the modernization of ports, the renewal of the navy, the development of ship repair. For Kamchatka, this can be a good platform for the further development of the economy.
- Vladimir Ivanovich, to visit Kamchatka is the dream of many tourists. Waiting for them here?

- Indeed, the territory of the Kamchatka Territory is one of the richest in the world in terms of natural and recreational resources. Thermal and mineral springs, volcanoes and glaciers, the famous Valley of Geysers, recognized in 2008 year as one of the seven wonders of Russia, create great opportunities for the development of ecological tourism, mountaineering, alpine skiing tourism, sport fishing and hunting, organization of charter flights and cruises.
A separate direction - the development of winter tourism and sports. The mild snowy winter, the snow-covered slopes of volcanoes, even in summertime, make it possible to organize year-round ski tourism and the construction of ski resorts. Among the many ski resorts of Kamchatka, five have trails, the characteristics of which meet the requirements of international standards. The steady snow cover on the slopes is formed at the beginning of November and lasts until the beginning of May. From the end of May to the end of October there are skiing bases on the slopes of the Avachinsky and Kozelsky volcanoes. A concept has been developed for the development of ski tourism and sports in the Kamchatka Territory, which provides for the construction of modern hotel complexes, trails and lifts, as well as related infrastructure.
In addition, work is underway to create a winter sports park on the territory of the Kamchatka Territory, which includes tourist and premium class hotels, an indoor ice palace, a biathlon complex of class "B", a housing complex "Olympic Village" and other facilities. To develop this direction, it is necessary to create an appropriate infrastructure, including with the use of public-private partnership mechanisms. We are working on this. And everyone who wants to come to Kamchatka, to admire its beauties and wonders, we say: "Welcome!"
In conclusion I want to say: the Kamchatka region is open to dialogue and mutually beneficial cooperation. The regional government is ready to provide full support in the implementation of investment projects in the region.