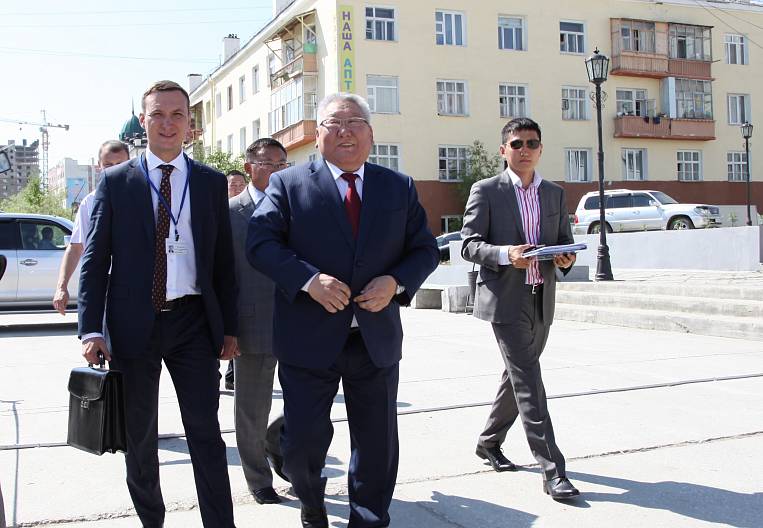 It was enough for a pair of Far Eastern regions to realize the prospects of developing RES in an isolated power system and to implement several pilot projects, as their neighbors in the district adopted successful practices.
Due to severe natural conditions and energy-intensive economy, Yakutia is among the regions that are especially interested in independent servicing of the isolated power system. Deputy Prime Minister of the Republic of Sakha (Yakutia) Pavel Marynychev tells about the priority tasks for the development of the decentralized energy sector in Yakutia.

- Pavel Alekseevich, please tell us about what is happening in the republican energy sector.

- Yakutia is a very costly region for the Russian energy system. In the republic, the boiler pricing principle has been chosen: all costs are added up and a single weighted average tariff is formed. If in 2010 the amount of cross-subsidizing of diesel power within the energy sector totaled 2,255 billion rubles, then in 2014 it reaches 5,5 billion. Why is this happening? Because during this period, prices for oil products have risen significantly. As a result, the weighted average tariff reaches such a size that a consumer who has the opportunity to enter the wholesale market or form his own generation often makes such a decision recently. And this entails a decrease in the productive supply of our guaranteed supplier Yakutskenergo and, accordingly, a new increase in the tariff. A vicious circle ensues.

In this regard, the main task in the decentralized sector of our energy sector is, of course, the introduction of new technologies that save diesel fuel. I must say that this task is not new, our energy sector has been dealing with this problem for a long time. Over the past eight years, the volume of delivery of diesel fuel to the northern energy region has decreased by about 50 thousand tons. This is a serious indicator based on the introduction of efficient technologies that by and large pay for themselves. But still, the level of payback has its limits, and new projects must be implemented with the attraction of state support: the budget of the republic will in no way draw such investments. Therefore, the decision of the government has developed a program for optimizing local energy, which provides for certain resources for designing facilities and working with the federal center on the issue of co-financing.

- At the end of the last century, when the formation of a new Russia began, the regions independently searched for forms of support for decentralized energy. What are the features of the approach that was found in Yakutia? Is it not understood that other regions have found a more effective solution?

- It is impossible to compare Yakutia with other regions in this sense, because such a volume of decentralized energy is not available anywhere else. As I have already mentioned, the boiler principle of tariff formation was chosen, and it worked until a certain period, but now the government comes to the fact that tariffs need to be divided, that is, to form tariffs for consumers without taking into account the costs of diesel energy.

- The accession of the energy system of Central Yakutia to the united energy system of the East is a big breakthrough: the capital and the most populated areas will no longer live in isolation. At the same time, the wholesale market rules are starting to work. Will this affect pricing and the provision of a decentralized sector?

- Indeed, the Neryungri-Nizhny Kuranakh-Tommot-Maya transmission line put into operation will unite the central and southern energy districts, and it can be assumed that central Yakutia will enter the wholesale market through this transmission line. This will raise even more questions related to the need to eliminate cross-subsidies in the electric power industry. Although, according to experts and executive authorities, the mere presence of this line does not mean that we are on the general wholesale market. It is not yet known whether Yakutia will play by the rules of this market. Our position is that Yakutskenergo must keep generation, transport, distribution and sales within itself, that is, remain a vertically integrated company. What is this position based on? The fact is that the game on the wholesale market will entail an increase in tariffs, and our cost is already quite high.

- To what extent does today's “climate” in our country allow us to receive support from the federal center for the development of decentralized energy, to carry out the necessary decisions, to qualify for public investment?

- It depends on what kind of support it is. Obviously, by dividing tariffs, the Republic of Sakha (Yakutia) will receive prohibitively expensive electric energy in the northern power district. There are separate settlements where the cost of one kilowatt-hour passes for a hundred rubles. Undoubtedly, it is impossible to hang expenses for the consumer of the northern energy district. Therefore, the question arises of how to compensate for the difference between the weighted average tariff and the cost of this electric power in the North at the expense of the budget.

The government claims federal funding, but there are a lot of such requests from the regions from the federal center, so for several years now there has been a discussion on this topic. And the fact that the decision must be taken now is quite obvious. "Yakutugol" has already announced the transition to the wholesale market, "Aldanzoloto GRK" has passed, and these are large consumers, which we are losing. So, by and large, the federal executive bodies understand the fairness of our demands, but spending 5 billion rubles a year (and this is an annual cost that will increase year by year at least at the inflation level) is quite a difficult budget decision. Nevertheless, we hope that it will be adopted. 15 May, the Energy Ministry signed an order on the formation of an interdepartmental working group, which should soon issue its resume on this issue.

- The effectiveness of the use of renewable energy in isolated power systems has been demonstrated in many examples around the world. Do you believe that this path can be promising for regional energy?

- Of course. In the world there are various technologies for obtaining energy from renewable sources, which are also applicable in Yakutia. First of all, this is, of course, solar energy: we have many sunny days and the potential for using solar energy is quite serious. Strange as it may sound, the more difficult is the place where the consumer is located, the more profitable is the use of solar energy, because diesel fuel is more expensive to deliver there in any case. Another thing is that for today such energy carries nevertheless auxiliary function in relation to diesel.

The program for the development of solar energy is being implemented by our subsidiary company Yakutskenergo, OAO Sakhaenergo. There are already implemented projects for the construction of solar power plants, and, of course, this direction will continue to develop. Last year, an agreement was signed with RAO ES Vostoka for the construction of a station in Batagay. We hope that in the current year the delivery of equipment will begin and the station will be put into operation.

- What initiatives do you expect from business? What are they willing to attract and retain investors?

- The position of the region is not to force enterprises to spend the maximum amount of money, the government suggests joint implementation of projects into which it itself, from its budget, invests serious resources. We believe that the case must be joint, so we are going to continue this policy.

- For the second time in a row, Yakutsk has become the host of an international conference dedicated to the development of renewable energy in isolated power systems. What are your impressions of this event?

- If you remember how this event was held last year, then we can say with confidence that it turned out. Firstly, agreements were signed, which are now being implemented. Yakutia has found new partners with whom it is now working on an ongoing basis. In about a month, a partnership agreement will be signed with a Danish company that deals with energy conservation. Preparing for the second conference, we noticed that interest in the event has increased. Very quickly, a pool of participants was assembled, including foreign enterprises. The conference attracted the attention of investors to our republic, so we hope to keep this site in our territory where the use of renewable energy facilities is particularly effective.