To earn on Kolyma 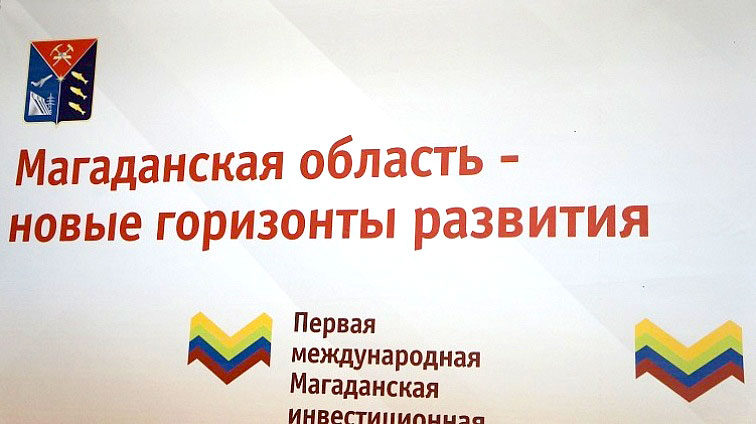 Opening the fair, Deputy Prime Minister of the Russian Federation - Plenipotentiary of the President in the Far Eastern Federal District Yuri Trutnev said that "state investments in the development of the infrastructure of the Far East are being revised upward."

"I am sure that all these measures, the work of business and local authorities, meetings, investment fairs, like the one we are opening today, will allow launching promising projects in the economy, creating new jobs in the region, in the Magadan region, to improve the lives of those living here people, ”he said.

Governor of Magadan region Vladimir Pechenyi promised that investment fairs will be held in Magadan every year, and stressed the role of the Special Economic Zone, created by the government, in attracting investments.

"The regime of the Special Economic Zone in the Magadan Region will be extended to 2025. Now the amendments to the relevant federal law are approved. Negotiations are under way with the Russian Ministry of Finance on certain items, but right now it can be said that the preferential treatment for investors will continue on the Kolyma, "the governor said.

Although companies from China, Latvia, Russian regions, including St. Petersburg, the Republic of Sakha (Yakutia), Buryatia, the Irkutsk region and others were represented at the fair, it became a significant event in the life of the Magadan region, allowing to reveal all its potential.

Investment projects, business ideas, products of enterprises of the Magadan region were designed primarily for foreign investors from China. These include equipment for dressing plants of placer gold mining enterprises, innovative production of sea salt and medicinal mineral drinks, and peat processing and more.

The subsoil of the region contains more than 11% of the reserves of explored placer gold in Russia, 15% of ore gold and almost 50% of silver. Forecast resources of precious metals are 3-6 times higher than explored reserves. 16 projects prepared by the regional government related to the development of mineral resources. The most expensive - approximately - 32,8 billion rubles - was the project for the development of the Omolon iron ore hub. The project for the development of Oroekskaya copper will cost over 32 billion rubles. The third place in terms of cost is the development of the brown coal cluster in the Omsukchan region. The high cost of projects is influenced by the need to build infrastructure literally from scratch, which, of course, implies long-term investments that are subject to all kinds of risks, especially for foreign companies.

The development of these deposits implies the construction of facilities for the processing of hydrocarbon raw materials. In the processed form, from brown coal of the brand B1 it is possible to receive liquid motor fuel, gas and other products for the fuel and energy system and chemical industry. And if the project is implemented, then Magadan Thermal Power Plant will cease to depend on Kuzbass coal. Experts are sure that for the transfer of boiler equipment to a new type of fuel, no serious investments will be required, but a reduction in transportation costs is obvious.

Among the projects announced at the fair were also scientific initiatives. For example, biologist Vyacheslav Zharnikov grows mussels in the coastal zone of the Sea of ​​Okhotsk. He collects them on the shore and puts them on the cages they invented. So the mussels grow to commercial sizes. The project needs funding. If the processing of mussels is established, the region will cease to depend on the importation of mussels from Europe. Another interesting project, which, by the way, won first place in Russia at the Entrepreneurship Development Fund competition, was the development of the Ecosphere biohumus company with the help of earthworms. It's simple: earthworms produce biohumus, a substance useful for plants. Magadan scientists added fish and sea cabbage to the diet of worms, thereby saturating biohumus with nitrogen, phosphorus and potassium, which is very important for poor soils in the region.

Representatives of small and medium business, heads of financial organizations spoke at the fair. The head of the VTB office in Magadan, Yevgeny Yankov, noted that “VTB is one of the most active participants in the business life of the Magadan region”.

“We are carefully studying the needs of the business of the region, promptly reacting to changes in the economy and are interested in developing the investment attractiveness of Kolyma. I am sure that the fair will become a traditional platform conducive to the creation and development of investment projects for attracting international capital to the regional economy, ”he said.

Within the framework of the first fair there was a meeting of the subcommittee of the regions that are members of the Association of Regional Administrations of Northeast Asian countries in the development and regulation of mining. As for foreign investors, the Chinese delegation was already interested in gold mining projects, as well as cooperation in the field of salmon farming.

“Near the Amur River in the Phui province opposite Khabarovsk, we have such experience. We grow salmon. Therefore, I think it is worth exploring the issues of cooperation, ”said Zhang Zhiqiang, Deputy Head of the Office of Foreign Affairs of Heilongjiang Province (PRC).
Tags: The First International Investment Fair Magadan region Kolyma Yuri Trutnev Vladimir the Baptized SEZ Lake Jack London Mussels Biohumus VTB in the Magadan Region