"Entertaining" Beringia "for big and small

On the eve of the start of the popular Kamchatka race on dog sleds "Beringia" a children's book was published, which is fun and interesting about this unusual northern tradition. 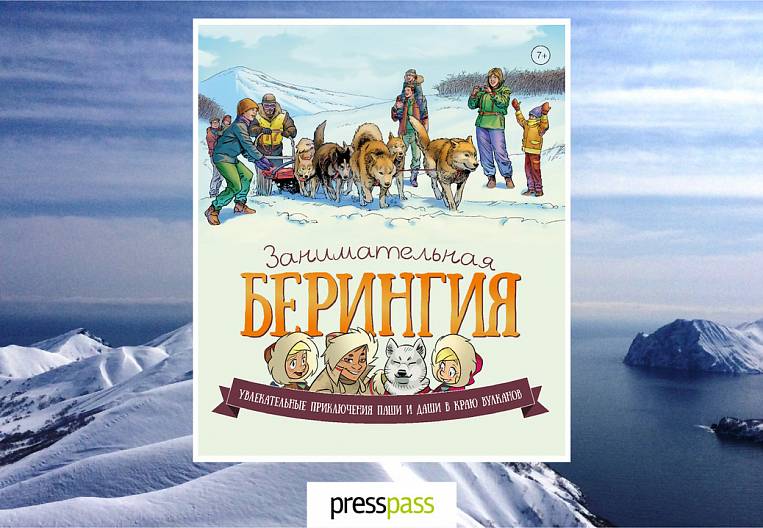 The first edition of the "Entertaining" Beringia "was brought to the peninsula to start the race-prologue - qualifying competition, which is considered the official opening of the" Beringia ". The Organizing Committee plans to transfer the edition to all children's libraries in the Kamchatka Territory, as well as schools, kindergartens and other social institutions. The book is sure to be delivered to remote villages and villages of Kamchatka - including those through which the route of the race will pass this year.

- “Beringia” is close to people of different ages. The race is interesting not only for adults, but also for children for whom it is a real adventure. We already have a lot of guys in the region who, through Beringia, discovered riding sports, decided to practice them even at a professional level. We hope that thanks to this book, children's interest in the race will grow and soon we will have new participants in the children's starts “Dulin”, our “Beringian family” of Kamchatka will become even bigger and stronger, - said the chairman of the organizing committee “Beringia-2017”, vice-chairman Government of Kamchatka Krai Alexei Voitov.

"Entertaining" Beringia "consists of three parts: the first is devoted to the history and traditions of the race itself, the second - to courageous couches, and the third - to hardy and devoted northern dogs. After each part of the guys are waiting for interesting tasks: labyrinths, riddles and coloring.

The publication is designed for a wide range of readers - from children of different ages to their parents. Preschoolers will enjoy unusual and colorful fairy tales of northern peoples and the adventures of Pasha and Dasha - these are the main characters of the book who magically fall on Kamchatka in the midst of Beringia. Schoolchildren will be interested in a story about the race, about the extraordinary life of the mushers and their faithful friends - sled dogs. And parents will not leave indifferent sections devoted to the amazing nature of the peninsula, tourist routes and attractions.

The book was developed and prepared by the PressPass publishing house, which two years earlier released the "adult" book "Beringia. Anatomy of the race. "

- In the "Entertaining" Beringia "organically combined encyclopedic with fairy tales, photographs and geographic maps with funny drawings. Sledge sports is developing and becoming more popular, so we are sure that we will attract readers not only in Kamchatka, but in other regions of the country, "says Alexey Litvinov, director of the PressPass publishing house.

Race on dog sleds "Beringia" is one of the main events of the Kamchatka Territory, which attracts many Russian and foreign tourists to the peninsula. It is listed in the Guinness Book of Records as one of the longest races in the world. According to the organizers, the route "Beringia-2017" will be a record long for the last 15 years: starting in Esso, the trains will travel a distance of 1,5 thousand km and finish in the Ust-Kamchatsky region.