The riddle of the lamasong, the phenomenon of riots 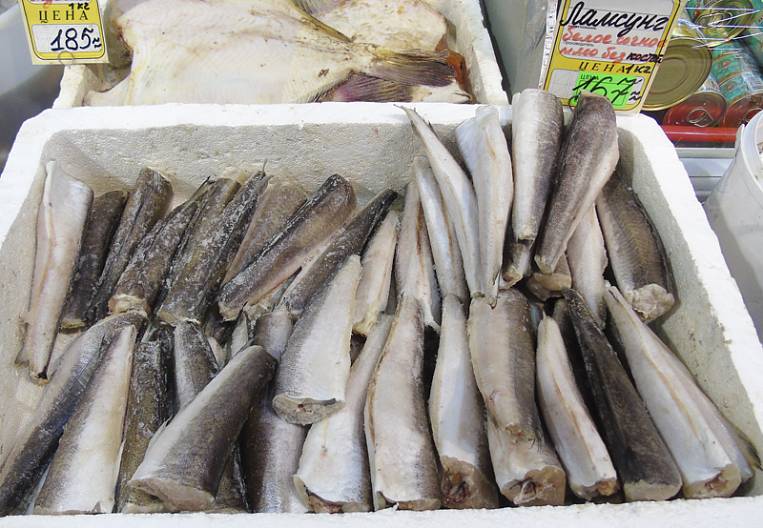 Pollock is waiting! Coronavirus closes Chinese corridor to Far Eastern Farmers Aquaculture numbers
All author's materials
I fly to the fish region of Russia - to Kamchatka. On board offer dinner. The question "What fish?" Sounds laconic: "White and red."

Is it in a country washed by fourteen seas with access to three oceans? In which a quarter of a thousand only commercial species of fish? Where are 30 claimed by millions of amateur fishermen, and for almost every letter of the alphabet there are a dozen fish names? "White and red"!

Indeed, the misfortune of Russia is its wealth.

But sometimes it seems that it is better lapidary than what you sometimes see on our shelves.

“Snow”, “sun”, “oil”, “shrimp”, “fish hare” - and so it is written “hare” - perhaps the most harmless thing to be found. Dexterous sellers easily call haddock cod, pink salmon - coho, chum salmon with spawning changes - Murmansk salmon, silver carp - trout. The most exquisite adjectives are gifted with pangasius and tilapia from the trenches of Southeast Asia. Sea bass has turned into Russian sea bass in the sea bass - sea bass, and sea carp - in the dorado. Pollock is increasingly called a shelf, and in general any small imported guest is atherina. Not without the curiosity of transcription: Argentine smelt pejerrey captured on the shelves as "pohery." And when asked what kind of “lamsung” fish is, the simple-minded saleswoman just smiles: “Lamsung - he is a lamsung!” That's it.

Behind this ihtiological linguistics lies either a complete misunderstanding in the subject of trade, or an elegant intention to cover up the cheapness with a more expensive product. And most often, both at the same time.

However, even in the west of Russia people start to understand the fish. It is more difficult for them even to tuck aquaculture rubbish from our Far Eastern neighbors under a delicious name and force them to pay exorbitantly for philological novelties. And then there is the technical regulation "On the safety of fish and fish products" on the way - by September they have to earn strict requirements for storage, transportation, sale, labeling and packaging of goods. At least you can find out what kind of fish we buy, its name, where it is caught and when. Everything else is a play on words, so to speak, lamasong and rummage.

In addition, more and more fish from the east of Russia goes to refcontainers: according to Russian Railways over the past year, 291,3 tons of fish, or 44% of the total, was transported. This is important because the risks of defrosting are practically excluded in refcontainers. Moreover, ideally, any Internet user will be able to observe the transportation in real time and monitor the temperature conditions inside the container. And with the help of the Fishery Monitoring and Communications Monitoring Center subordinate to the Federal Agency for Fishery, it is possible to find out which fish, which ship, which point of the World Ocean, and which day and hour they caught for our table.

So we can diversify our diet so much that we will begin to rotate the fish daily - and we will not repeat it once a year.