Transbaikalia is preparing for change

Early elections of the governor and large-scale municipal elections were held in the Trans-Baikal Territory. They were noted by the high activity of observers, as well as by the convincing victory of the acting head of the region, Alexander Osipov, who did not leave any chances to his opponents. 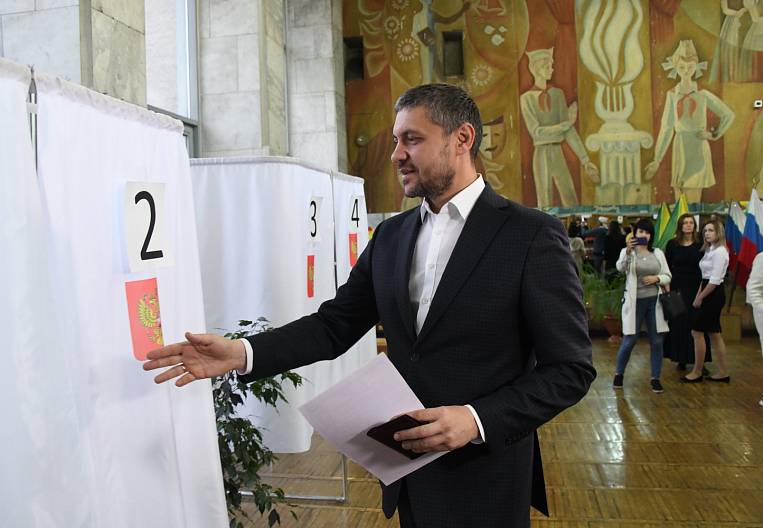 “I want to thank the Transbaikal people for fulfilling their civic duty - they took part in elections in the territory of the region. This is a key form of assessing the work of the authorities at all levels - settlement, district, region. I express my gratitude to all the Transbaikal people for sharing our faith that the region can be developed, achieve success, and make it better. Every day we will work together to improve life in the region. I would especially like to thank the leaders of the federal level, the plenipotentiary of the president in the Far Eastern Federal District for their help and support, for the belief that today we are able to work differently than we did in previous years, ”said Alexander Osipov.

He emphasized that the region’s government and ministries have a lot of work to do.

“The credit of trust that people have given us, we must justify, find all the necessary opportunities and solutions. Turning ten months ago, we can say: that which seemed unrealizable became possible. Today we need to set new tasks and raise the state of the industries that each of you directs to a new qualitative level, ”said the head of the region.

Svetlana Sudakova, Chairperson of the Trans-Baikal Territory Election Commission, evaluating the turnout, noted that 277 453, or 35,9% of voters from 799 791 registered voters participated in the election campaign for early elections. According to her, the highest turnout was recorded in Aginsky (63,08%), Duldurginsky, Mogoytuysky, Tungiro-Olekminsky, Krasnochikoysky districts, and the lowest - in Kalarsky district (19,71%). At the same time, 27 Transbaikal residents were able to exercise their right to vote at digital polling stations in Moscow - there were 30 digital polling stations in the capital. The Transbaikal people submitted 37 applications there, however, on the day of voting, 18 people came to 27 precincts. Through the reception points in Transbaikalia, statements were issued by 6 504 people, 432 voters issued special statements.

During the election of the head of the region, six complaints appeared in the regional Electoral Commission, none of which found confirmation. In the municipal elections, citizens sent 12 appeals - two complaints were confirmed. On the map of violations of the movement "Voice" recorded eight appeals.

The past election campaign was notable for the high activity of observers. A total of 1 154 observers were declared. 989 observers were present at polling stations on the Unified voting day, of which 236 - from candidates, and 752 - from the regional Public Chamber.

“For the first time, we also participated actively in the presidential elections in Russia in 2018. We are grateful to those people who completely assumed the role of observers for free, ”said Natalia Drobotushenko, chairman of the Public Chamber of the region. - We resolved the appeals that came to us in a short time, since the precinct election commissions worked very competently, instantly responding to the comments of voters and observers. In addition, the election process took place for the second year under the control of the Center for Public Election Observation, which operated on the basis of the law faculty of the Trans-Baikal State University. ”

As Yekaterina Fisun, head of the party’s regional executive committee, said during a press conference on the results of the Chita City Duma elections, “United Russia” took more seats than it planned in the elections.

“The result was in fact higher than we planned. But not by much, ”Fisun clarified.

Acting chairman of the City Duma of Chita of the sixth convocation Andrei Yadrishchensky, who won in his constituency, explained that the party had the task to take 16 mandates, and took away 19.

In addition, according to Yekaterina Fisun, the party hopes that one of the five self-nominated candidates who passed the Duma will opt for United Russia and join the faction in Gordum.

Answering the question about the number of party candidates who went to the polls, Ekaterina Fisun explained that United Russia nominated candidates in all 30 constituencies.

“Our candidates represent the social sphere, industry, and the business community. There are both experienced politicians and many people who first go to power. The candidates held many meetings with the Chitin people, did not go away from the most pressing issues and talked about a specific program for the development of Chita, ”said Ekaterina Fisun.

On the whole, the election campaign of the 2019 of the year in the Trans-Baikal Territory went fairly calmly - there were no political wars, no compromising battles. Now the Transbaikal people are expecting fruitful work from the chosen government to improve the quality of life.