Ysyakh came to the west

Last summer, in the Kaliningrad region, Ysyakh, the Yakut summer holiday, was held for the first time. The event was made possible thanks to the initiative of Vladimir Okoyomov, who a year and a half ago designated the vector of movement to the west and changed the frost of Yakutia to the dampness of Kaliningrad. As the leader of the public organization "Cultural Relations Kaliningrad-Yakutia-Severyan" he created, he is implementing projects aimed at popularizing the customs and traditions of the Yakuts in the westernmost region of Russia. About what is the heritage, why do the Yakuts pull the mass, how does life in Yakutia differ from life in Kaliningrad, and how will the celebration of pan-European Ysyakh be held, Vladimir Okoemov told EastRussia. 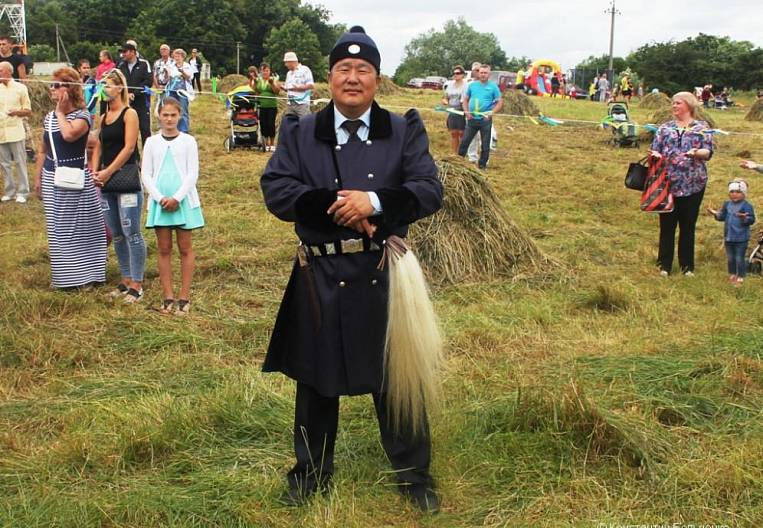 Photo: Konstantin Belchenko
- In which settlements of Yakutia did you live?

- I was born in Yakutsk, then lived for a long time in Namsky district in the village of 1-Homustah. After graduation, he moved back to Yakutsk, and spent most of his adult life in this city.

- Probably, Kaliningrad is not the most popular city for moving from Yakutia?

- People mostly leave for Siberia and the Far East - for Khabarovsk, Blagoveshchensk, Novosibirsk and Tomsk, where the climatic conditions are similar to the Yakut, but slightly softer. Of course, many people go to the capitals - large Yakut diasporas formed in Moscow and St. Petersburg. Recently there has been an emigration from Yakutia to the countries of Europe, to Canada, the USA and New Zealand. In the Kaliningrad region, according to the latest information, more than 300 people moved from the Republic of Sakha (Yakutia), of which about 100 national Yakuts.

- Why did you choose Kaliningrad for your move?

- Initially, I was considering the Krasnodar Territory for moving, where I have many friends, but my oldest daughter Polina asked to consider Kaliningrad as an option. We came here in August 2016 for the entire family "for exploration," and we liked it. Literally in three days they packed up things and moved. Problems with acclimatization were not. Kaliningrad and Yakutsk are located at about the same latitude, so I did not feel a particular difference between these regions. In addition, the winter in Kaliningrad is not severe, and, contrary to popular belief, there is often a sun in addition to the rain - in a word, the climate for me is simply beautiful.

- How noticeable is the difference in mentality, in lifestyle?

"We have lived all our lives in the cold and lack of certain things, and probably because of this there is a special relationship between people. Here, these relations are different. In Kaliningrad, people are simpler, softer, kinder, relate to each other positively. In addition, it is much cheaper to live here. The same food is much cheaper and better. After all, fruits and vegetables in the Far East are imported mainly from China, and their quality leaves much to be desired. Here, mainly local products are sold, as well as imported from "Greater Russia", Belarus and Europe, their quality is higher and the choice is also much greater.

In Kaliningrad, there are conditions to become a vegetarian, whereas in the north it can be afforded only by a very rich man. I only miss the northern fish - there are many on the Baltic, but it's completely different.

- What did you first gain by changing your place of residence?

- I am a military pensioner, and I can live with a small part-time job in the Kaliningrad region with a family of four, whereas in Yakutia it is, to put it mildly, problematic. There is much higher prices for clothing and food, very high and transportation costs.

- Do you keep in touch with the historical homeland, and with other Yakuts who have moved to Kaliningrad?

- It was in the XIX century that if you were exiled to Yakutia, like Vaslav Seroshevsky (Polish ethnographer .- EastRussia), then all - good-bye, for years it was necessary to wait for news. And now the connection with the motherland can be maintained, being in any corner of the Earth - there would be a desire. Here in Kaliningrad, we meet with fellow countrymen, we communicate, we spend time together and celebrate national holidays.

- Last year, your cultural society "Kaliningrad-Yakutia-Severyane" organized and held in the Kaliningrad region a national holiday Ysyakh, inviting for this from Yakutia about 80 people, which surprised many residents of the region. How did you manage to do this, who showed interest and allocated funding?

- This event was held thanks to my fellow countrymen - the public organization "School of the Third Age" from Yakutsk, the government of the Republic of Sakha (Yakutia) and its representation in Moscow. Private patrons also helped. By the way, Kaliningraders very well took this holiday, and the administration of Bagrationovsky district rendered a great help on financial and organizational issues on a par with the Council of National-Cultural Communities of the Kaliningrad region. In the end, everything was done together, and it turned out very dignified.

- Do you plan to hold Ysyakh this year?

- Yes, and we want to give the holiday a larger scale and reach the pan-European level. In particular, we are planning to invite residents of the European Union, formerly residing in the territory of Yakutia, and wishing to remember their roots. For example, quite a lot of Yakutians now live in the Baltic countries. The Riga Aviation Institute provided personnel for 80% of aviation in Yakutia, then they returned, and now a large Yakut diaspora lives in Riga.

We closely associate with the "Choron" society, uniting our fellow countrymen in the Baltic republics, and in Poland there are very good relations with the Yakut women, with whom we maintain communication through media. Also of invaluable assistance is Larisa Kulakovskaya, who lives in Serbia.

Ysyakh in 2018 year will be held in Zelenogradsky district (the place is now determined) 1 June, and the next day in Zelenogradsk itself there will be a big concert of national teams. Now about 120 applications from Yakutia are submitted for participation in the festival, and about 100 people are artists.

In addition, as part of the celebration, we plan to hold competitions in mass wrestling (Yakut. weight tardyhy - tug of war) and are currently negotiating with the federation of this sport. This is a national species sports Yakutia, recognized in Russian Federation and introduced in 2003 year in All-Russian Register of Sports.

- What is mas wrestling?

- The bottom line is this: two athletes sit on the opposite side, rest their feet on the board, take a stick in their hands and try to take it from each other. In this sport there can not be judicial errors or fraud, and we want to promote it in the Kaliningrad region.

- Nyurbinsky district of Yakutia recently expressed its intention to become a twin city of Zelenograd district of the Kaliningrad region. What is the purpose of this?

By the way, within the framework of Ysyakh the two agreements on mutually beneficial cooperation are planned. The first one is between the Kaliningrad region and the Republic of Sakha (Yakutia), and the second one is between the Zelenograd and Nyurbinsky districts. Such cooperation will be interesting for both parties, and it will also help attract new tourists from Yakutia to Zelenogradsk, where the cost of recreation and treatment is much lower than in the Crimea and the Krasnodar Territory.

- Tell us more about the Nyurba district.

- This is one of the oldest regions of the Republic of Sakha (Yakutia), in which the Botobinsk diamond deposit is located. It is an interethnic region, in rural and industrial heritage (Yakut. neliyake - settlements) of which the Yakuts and Russians live. One of the majestic rivers of Yakutia, Vilyui, flows along its territory, and the terrain is very beautiful. I think that it would be interesting for Kaliningraders to see this with their own eyes and find out what the Yakut frost is in -60-70ºС.

- How would you briefly describe your activities in a new location?

- My main activity is the promotion of Yakutia and the Far East in the Kaliningrad region and the adjacent European countries, such as Lithuania and Poland. I set myself this goal and work in this direction.
Tags: Ysyakh Yakutia traditions holidays culture community twinning 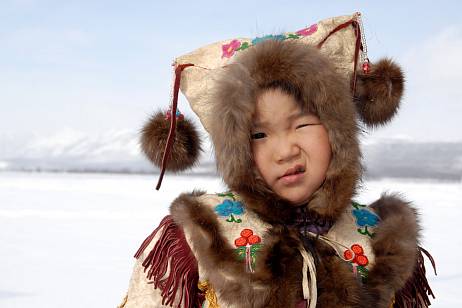 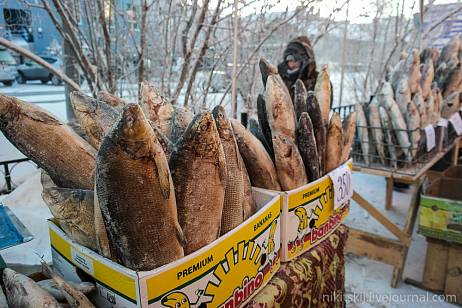 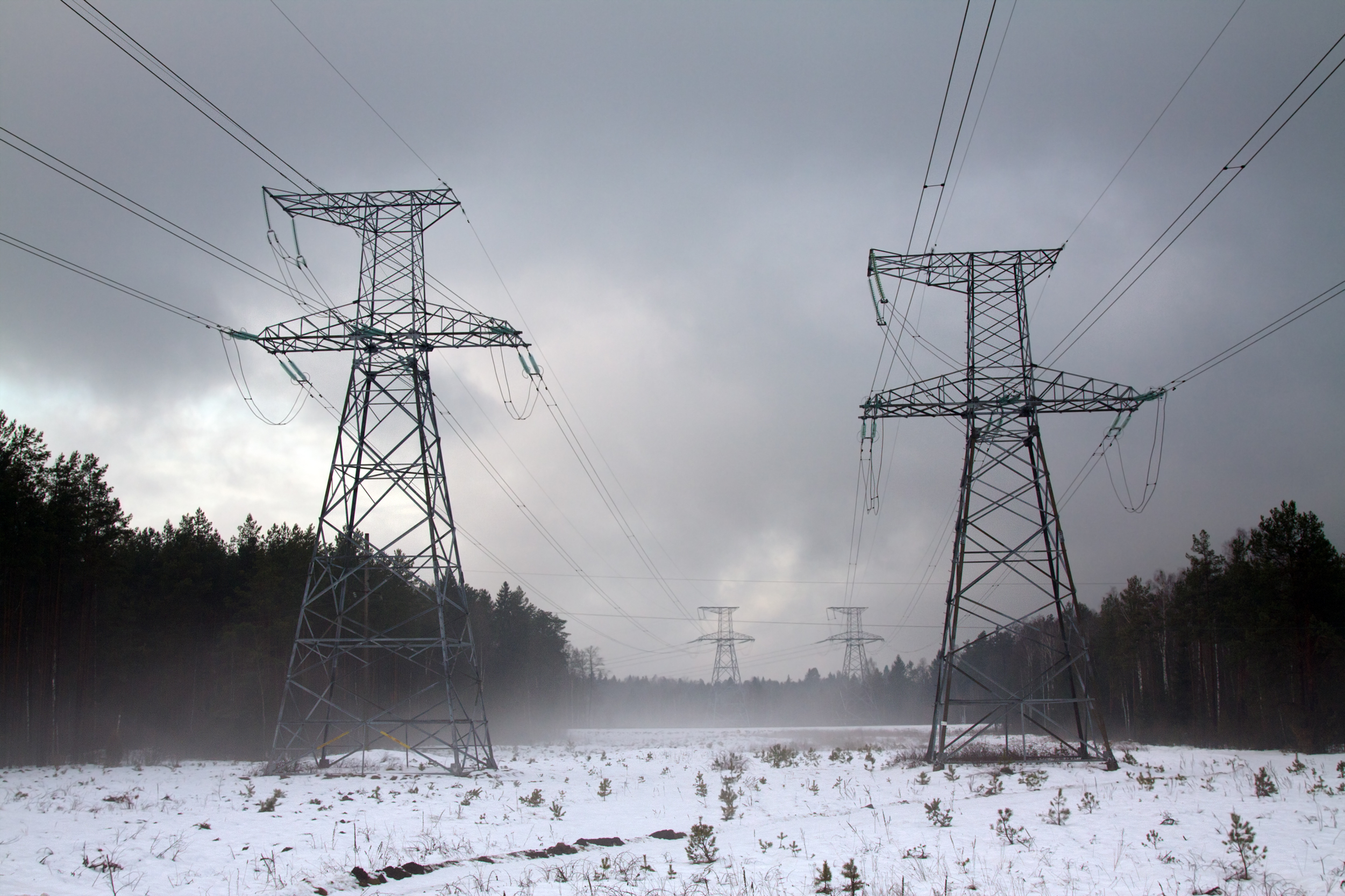