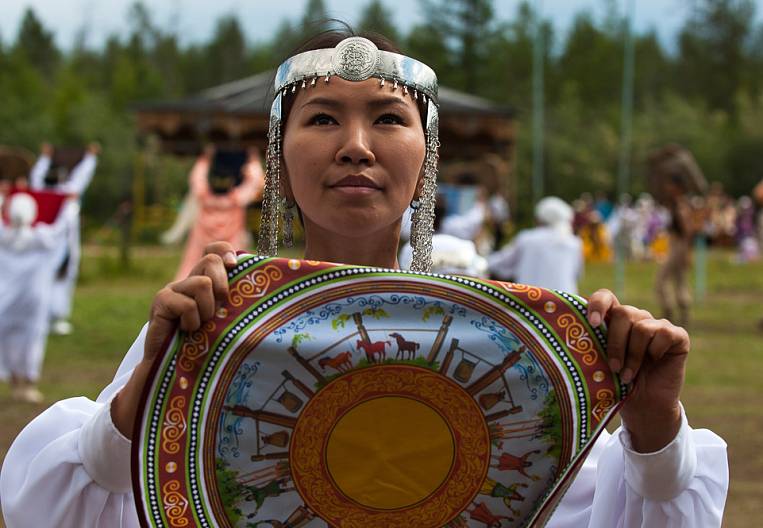 So I got to the main theme of the last trip to Yakutia - the most important summer festival in honor of the deities of Aiyy and the revival of nature! This is a real pagan holiday, called Ysyakh and is celebrated on the solstice 21 June. Returning late at night from a trip along the Lena River, having slept for two hours, we go to Yakutsk and immediately to the clearing, where festive tents are set. 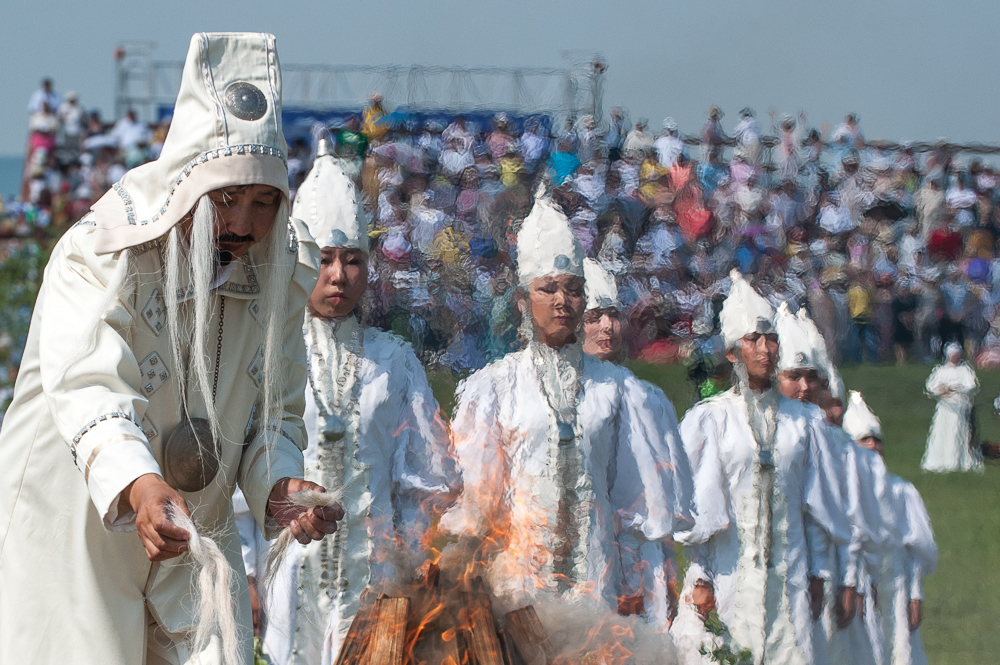 According to the rules, Ysyakh is celebrated first in the regions (in Yakutia it is uluses), and the biggest celebration, the most ambitious, takes place in Yakutsk. They say that in Yakutsk the holiday is visited by more than 150 thousand people. When we went to the venue, it could easily be seen - a huge traffic jam along the entire length of the road from the city and a huge crowd of people on the field. Impressive. At the same time, the atmosphere at the party is very friendly. I was struck by the sight - I did not see any cordons and cordons from hundreds of cops, and there were no special forces with truncheons, as we like to do at any such event. It turns out that people can also celebrate holidays in Russia! It so happened that when I returned from the Kisilyakhskiye mountains, I managed to visit Verkhoyansk (in the very one that was once officially recognized as a pole of cold, even before Oimyakon) and made a report first there, and only then in Yakutsk. Filming in Yakutsk was sketchy because of a very rich program. I decided to make a compilation of two shootings, what kind of Ysyakh would it be without racing and fighting?
Tags: tourism Yakutia Ysyakh