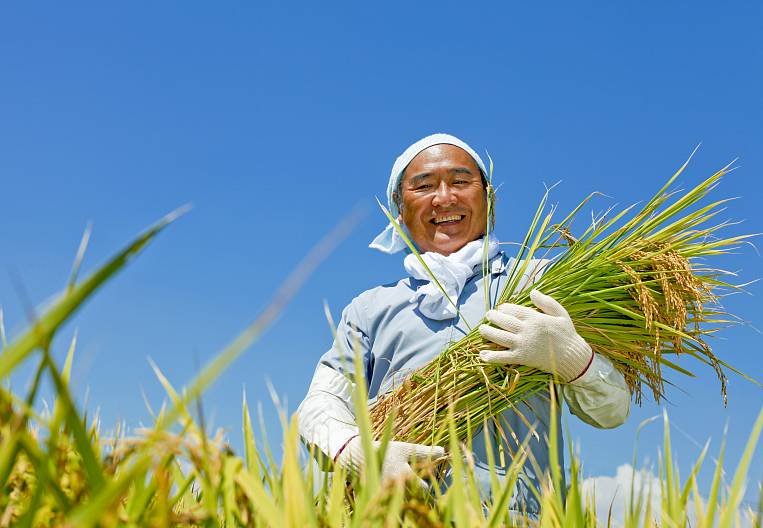 Last year, the Japanese conducted trial crops in the Amur region, in 2015, they plan to sow 1000 ha of Russian land. All products will be delivered to Japan.

In the spring of 2013, the government of the Amur Region agreed with the Hokkaido Bank (Japan) on the cultivation of buckwheat, soybeans and cereals on Russian territory. Hokkaido Bank is a financial and credit institution that does not independently engage in agricultural production. As EastRussia.ru was informed in the regional government, its clients, farmers, together with the bank, created the Hokkaido-Russian Agribusiness Complex joint-stock company. This society is engaged in agricultural activities in Russia.

The project is designed for 10 years. It started in 2013, when the Japanese entered into an agreement with the farm "Vladimir" on the joint cultivation of buckwheat and soya in the Romny region of the Amur Region in an area of ​​410 ha using elements of Hokkaido technology adapted to growing crops in a cold climate. Due to unfavorable climatic conditions, 250 ha of buckwheat, 10 ha of soybean and an experimental plot of corn were sown.

“It has been a bad year. The weather did not allow grain and buckwheat to grow normally due to the waterlogged soil, - said the head of the Vladimir farm Roman Stukun. - The Japanese use mineral fertilizers in their work, they are often too expensive for us. In addition, our daylight hours are longer than in Japan. The rest of the sowing season in our country and in Japan is very similar. "

In 2014, the Japanese will select suitable places for crops. In the 2015 year, it is planned to plant 1000 hectares of products with possible further expansion. At the initial stage, the products will go to the Russian market. In the future we plan to send all the grain, buckwheat and soybeans to Japan. “Everything will depend on the markets and on how much the grains grown in Russia will be competitive. Both options are possible - exporting products or selling them in Russia, ”shared the head of the plant growing and agriculture department of the Amur Region Ministry of Agriculture, Yuri Nemilostiv.

This project does not involve Russian investments. “The regional government provides information support to this project: assistance in providing information about land plots rented, farms willing to cooperate with a Japanese company, accompanies the Japanese when inspecting land plots and farms,” the Amur Oblast press service reported.

The volume of Japanese investment in the project is still unknown. "The Japanese side plans to grow crops according to the technology used in Hokkaido. For this, modern foreign technology will be acquired. In addition to Japanese specialists, Russian enterprises will necessarily work at the enterprise, "Yu. Nemilostiv specified. It is known that the Japanese will not use genetically modified crops and plan to conduct environmentally friendly production. The added value of products will be increased through quality control and export of products. "Given the climatic features, cultivated crops, we adapt to their conditions. The temperature regime in Japan and the Amur region is approximately the same, but the period of vegetation is much shorter, "Y. Nemilostiv specified.

“Japanese farmers, especially from Hokkaido, are distinguished by their respect for the land. And the products they grow are environmentally friendly, ”the newspaper“ Amurskaya Pravda ”quotes the vice-president of Hokkaido Bank Masahiro Sasakhara. - Our producers pay special attention to improving the fertility of the land, and therefore the maximum positive effect is achieved. I think that the land in the Amur Region is fertile, so it is very important to treat it with care. Our project is an attempt to combine Russian and Japanese land cultivation technologies in order to improve the result in the Amur Region. So, we want to create a business model so that both Russian and Japanese agricultural producers work mutually and make a profit. "

Contact with representatives of the Japanese company correspondent EastRussia.ru failed. Consul General of Japan in Khabarovsk Noguchi Hideaki could not comment on the activities of the bank "Hokkaido" in the Amur region. "I know that several cooperation projects in the field of agriculture are also being considered in the territory of our consulate district. However, it is too early to talk about what projects they are. Japan views cooperation in agriculture as a new direction for cooperation with Russia, and we hope for its further development, "the consul general told EastRussia.ru.

From the point of view of transportation of goods it would be more logical to grow products in the Khabarovsk Territory or Primorye. But the decision to choose a region for the implementation of the project the Japanese company takes independently. One of the reasons why the Japanese chose the Amur region is the presence of large areas of fertile land in the region and the climate close to the agricultural zones of Hokkaido, believe in the government of the Amur region.

It is possible to multiply this practice, the president of the Russian Grain Union of Russia, Arkady Zlochevsky, is sure. "This is not about buying up land, but about their use, land is often abandoned, and there are many in the Far East. In the east of Russia it is possible to produce products according to orders, which will be suitable for Japan in quality and characteristics, as, for example, do in Primorye with soybean production. They grow high-protein soybean specifically for making tofu in Japan ", - explained A. Zlochevsky EastRussia.ru.

Japan - the largest consumerFir in the world. And logistically to the east of Russia it is very convenient to satisfy their requirements for production. Russia today provides only 4% of Japan's grain requirements.

"For the domestic market of Russia in the Far East, it is possible to develop various forms of processing," A. Zlochevsky believes. - But this is quite a serious investment, and state aid is needed. It is possible to produce various types of products that we do not create in Russia as a whole, for example, modified starches that are used in the oil industry, or dextrose, sugars of various kinds, and so on. "

This cooperation is positive for the Far Eastern Federal District, as it will strengthen the region's position in the agricultural sector by attracting foreign investment and introducing new technologies that will be used in the project, Roman Grinchenko, an analyst with Investcafe, believes. At the same time, this project is in line with Russia's plan until 2020 to increase grain harvest to 120 million tons and ensure food security of the ATR.

"When the average yield indicator from 10 ha of soybean sowing is reached, you can count on 13,6 tons of soybean harvest, and with 250 ha of sown buckwheat about 230 t," R. Grinchenko said. - I do not think that such a volume of the crop will cover Japan's demand for this product, since for 2013 / 2014 year this country imported 2,8 million tons of soy, and the domestic demand for buckwheat is about 100-120 thousand tonnes of buckwheat per year. Given this, I expect that the sown areas will increase, and very significantly. However, such small volumes of sowing in 2013 and 2015 years are due only to the fact that both sides test the effectiveness of such cooperation. "

In the Far East, there is a need to increase the acreage. "The specific weight of crop production in agriculture of the Far Eastern Federal District is 52,1%, which is only slightly lower than the Russian average, but the share of peasant farms is 52,5%, with an average value in the RF of 78,5%. This shows that the Far East has a significant potential for the development of the KhNF, "Grinchenko said. - If at least 0,5 hectares per capita is needed to meet the domestic demand for agricultural products, and in the FEFD per capita there are about 1,32 hectares of farmland, then we can say that the region has significant export potential. However, here it is worth noting that the promise of this direction is rather doubtful. The reason is that climatic conditions and remoteness of the main export routes passing through the Black Sea reduce the possible profit from such projects. However, it should be noted that China borders on the DFO (about 39% of world buckwheat production), which is also one of the largest exporters of agricultural products, which means a high level of competition. "

Previously, the media reported on the establishment of a special economic zone, which residents could become Japanese farmers. In the government of the Amur region this information is refuted: "The Japanese company will work in Russia according to usual standards. The SEZ is planned near Belogorsk, where, according to preliminary plans, enterprises - processors of agricultural products - soybeans and other products should enter. When this SEZ is created, it is not known now, "Y. Nemilostiv said in an interview with EastRussia.ru correspondent.

The main objective of this project is to create a model of a Japanese enterprise (Japanese management, discipline, quality, etc.). “The high culture of Japanese agriculture should serve as an example for our agrarian business enterprises. The introduction of new technologies should affect the quantity and quality of the crop in the region. A positive effect will be achieved in the case of the establishment of direct supplies of agricultural products grown in the Amur Region to the Japanese market, Y. Nemilostiv reported. - But now we can note the positive effect from the implementation of this project - this is an increased interest of the Japanese media, potential Japanese investors in our agriculture. About the potential of agriculture of the Amur region learned in Japan. There they talk about a joint project, there are plans to expand their business in the Amur Region. ”

There is interest of foreign companies in the agro-industrial complex of the Amur Region. Japan and China are interested in agriculture in the region, they say in the regional government. But there are no specific investment foreign plans yet.