The Yakut horse is so independent :) 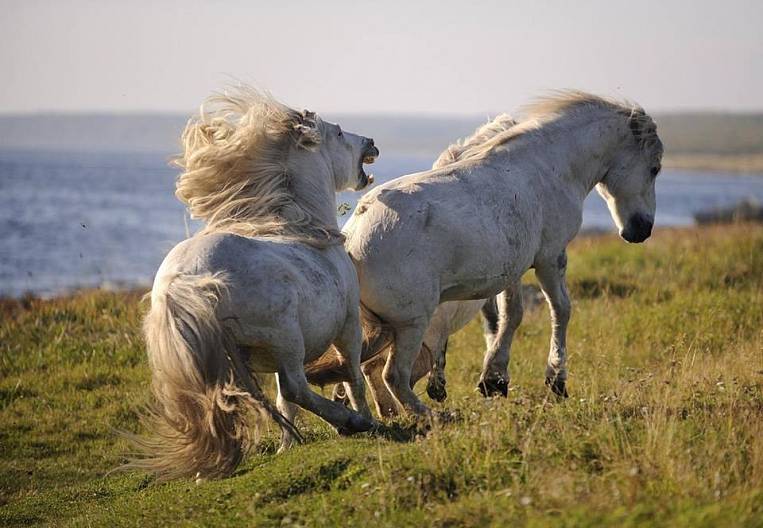 The Yakut breed of horses, the most frost-resistant, having an undercoat and wool length of 8-15, see. Even in winter, it can feed on grass from under the snow, digging it with its hooves — tebenevat.

In Yakutia, horses live outdoors all year round (at temperatures in the summer to + 30 ° C and in winter to -50 ° C) and food is searched for independently. Each leader holds his jamb: from 18 to 24 mares and foals, such a family animals and graze. In 1988, a herd of Yakut horses was released on the tundra site in 160 km², which was successfully adopted, it is used to test the theory of the possibility of a partial restoration of the "mammoth tundrosteppe" ecosystem of the Pleistocene.

Compared with Mongolian horses close to it, the Yakut horse is distinguished by its large growth and massiveness. Yakut horses are usually brown, bay and gray suits, less often sabras and mousy.