Yakutia from I to I 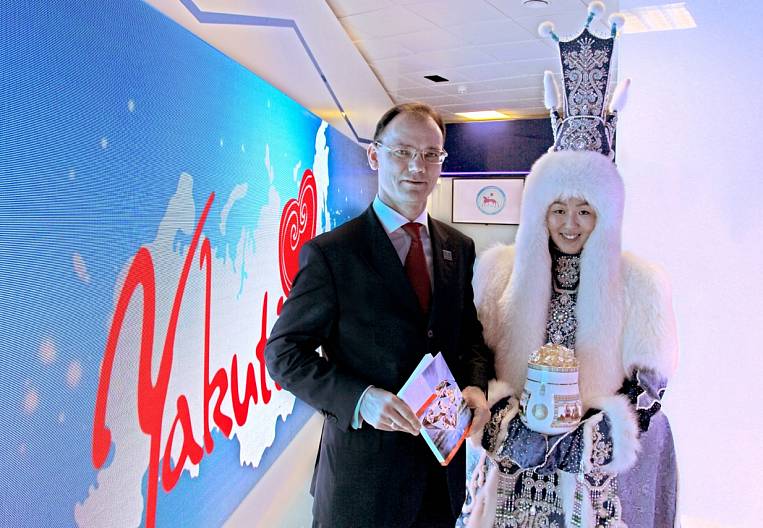 “Yakutia. A modern guide "- this is the name of the edition, which recently appeared on sale in bookstores. The region's tourism potential, investment prospects and fantastic illustrations are all presented in a compact format.

"When you fly to Yakutsk from Moscow - take the right side of the plane. 6,5 hours of flight - and the turbulence of the turbines subsides: the plane begins to decline. From the porthole you can see the boundless taiga. Large clearings, ponds, swamps. No villages, no roads. The plane goes lower and lower, in the distance to the right the city begins to appear. Most often landing is given from the East - before landing, you will perform two bends right above the Lena river channel. And if you sit on the right, you can perfectly see from a bird's eye view this mighty Siberian river, "- this is how the introductory article of the guide begins.

The authors set themselves an ambitious task - not just to publish a guide to tourist attractions of the Republic, but also to tell the reader that Yakutia is a region where visitors are always ready, and the main attraction of the republic is the young generation of brilliantly educated people.

The basis of the guidebook is a modern portrait of the republic, structured by region. Each chapter (Center, North, East, South, West) is preceded by travel notes, seasoned with reviews and photos of famous travel bloggers Sergey Karpukhin, Sergei Doli, Ivan Dementievsky, Oleksandr Cheban, Leonid Kaganov and others.

The book was published by the Moscow PressPass publishing house with the support of the Ministry for Federal Relations and External Relations of the Republic of Sakha (Yakutia). According to Valeri Maksimov, the head of the ministry, "the modern guidebook is conceived as a unique image publication about Yakutia, which will be oriented not only to tourists, but also to the whole spectrum of our partners - in business, interregional and international relations, and cultural ties" .

“We received a completely unique book, which is a reflection of our Republic in all its modern diversity,” the minister notes.

"Yakutia occupies a huge territory - 1 / 5 part of the Russian Federation. But we were able to collect all the main attractions and achievements of our region in a bright edition of the pocket format. I believe that we were able to set a new standard for positioning our subjects both domestically and internationally-briefly, in terms of capacity, and in the matter, "said Glushko.
For PressPass, this is not the first guidebook in the portfolio: a year earlier, the company published the book “The Far East. Modern guidebook ”, which opened to the reader all regions of the Far Eastern Federal District at once. According to the general director of the publishing house, Aleksey Litvinov, “our first book showed success in retail: the lion’s share of copies has already been bought. Today we see a very high interest of the audience in the Far Eastern regions and intend to continue the series together with other regions of the Far Eastern Federal District. ”

Text: Julia Petropavlovskaya. On the photo: Vice-President of the Republic of Sakha (Yakutia) Dmitry Glushko at the presentation of the publication