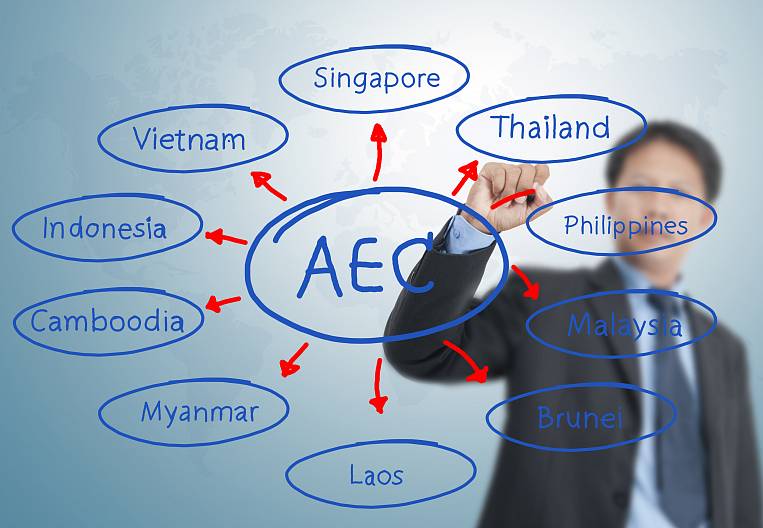 Against the background of the constantly evolving challenges of our time, the Association of Southeast Asian Nations must remain effective. The strengthening of China is leading to important changes in the global balance of geopolitical forces. Together with the so-called "pivot" of the United States towards Asia, these changes create new vortices of instability in the region.

The Association of Southeast Asian Nations is at the center of the institutional structure of the region. As the head of economic integration processes for four decades of active growth, ASEAN enabled ten member states to leap higher than their heads in influencing international relations in general and relations among Asian countries in particular.

In times of crisis, ASEAN has always viewed Indonesia as its leader. The size of the country, a flexible democratic system, economic productivity and relative military power make the country "the first among equals" in the community of countries in South-East Asia. Outside the region, Indonesia's influence begins to grow due to its participation in G-20, APEC forums, the World Trade Organization and active participation in the development of issues related to climate change. Now even voices are heard that say that Indonesia has "outgrown" the ASEAN format and should strive for something more global.

However, this does not mean that Indonesia always achieves its own in regional issues. For example, in 2004, her proposal to create a regional security system failed as it is envisaged in the ASEAN Charter. Instead, it was decided to resort to a policy of "soft cooperation", which was not even closely related to the measures proposed by Jakarta.

Now, however, there is a new threat to the security of Southeast Asia. It comes from the gain of China, which is trying to become a superpower, challenging the weakened and distracted US.

China is already using its growing military capabilities to advance its interests in the areas of the East China and South China Seas. Recently, Beijing announced the creation of an air defense zone coveringоmost of the East China Sea, including areas that belong to the territorial waters of Japan and South Korea. Just six days later, the Chinese province of Hainan published new fisheries rules that relate to a region of 2 million square meters. kilometers, including the waters of the Philippines and Vietnam.

Both statements reinforced concerns in the Asia-Pacific region about China's strategic intentions. The announcement of the air defense zone, in particular, has increased tensions to such an extent that even a small miscalculation by both Japanese and Chinese vessels patrolling the waters of the disputed Senkaku Islands - known in China as the Diaoyu Islands - could lead to conflict. China relies heavily on expanding its air defense system to the entire South China Sea. This will constrain sea and air communications, and possibly seriously affect Southeast Asia as a whole. The strategic location of Southeast Asia, allowing control of the Strait of Malacca, creates enormous advantages. The region cannot afford a situation in which transport routes are constrained by the decision of one country to change the status quo in violation of international law.

In defending their interests, the countries of Southeast Asia cannot rely only on the support of strategic partners. They should expand their own capabilities. Not surprisingly, the rise in defense spending in Southeast Asia is one of the largest in the world. However, none of the countries in the region is able to keep pace with China. ASEAN’s only way is to strengthen security relations among the organization’s member countries and to create security ties with strategic partners. During this process, ASEAN and its diverse security forums should evolve from meetings where countries share information, meetings that discuss defense cooperation, and conflict resolution and prevention.

In addition, if ASEAN expects to build a security system that is adequate to the requirements of the 21 century, it needs a capable secretariat. Unfortunately, the ASEAN Secretariat (ASEC) is too small for the current tasks, not to mention their expansion. Annual financial contributions to ASEC, set at a rate of one and a half million dollars from each member country of the organization, make up its fifteen million budget, which in terms of per capita (600 million people) is two and a half cents per person. This is a pittance for an organization with such ambitions as ASEAN. In contrast to ASEAN, the European Commission received more than 200 billion dollars in deposits from EU member states in 2012, which is equivalent to 400 dollars per person - 16000 times more.

The problem of ASEC is not only a lack of money. The staff of 260 people can not cope with so many duties. Nor is it beneficial that two-thirds of the staff is appointed from the bureaucratic circles of the participating countries, instead of recruiting employees on a competitive basis, offering salaries adequate to the local market.

ASEAN formed a working group to support ASEC. Indonesia must convince it to adhere to an innovative line of behavior and propose fundamental changes to make the secretariat capable of carrying out the fullness of its intended functions. Then the country should insist on additional material support for ASEK from its ASEAN colleagues.

The future of Indonesia is in collaboration with Southeast Asia. If a country is going to form its own geostrategic habitat, then it should work together with its neighbors to build the institutional framework of the region. ASEAN needs to create a security system that will be able to protect the vital interests of the countries of the region and the sovereignty of its members. In the past, when the organization needed clear leadership, Indonesia provided it. Indonesia must now answer the call again.