The second breath of Neryungri

Commissioning at the Denisovskoye concentrator is to be completed by the end of March, the capacity of the enterprise will be 6 million tonnes of coal concentrate per year. Taking into account the existing capacities, Kolmar will be able to ship XnUMX million tons of premium coking coal from 2018 already. By 8 - with the launch of the third factory - the company will process up to 2021 million tons per year, which will enable Russia to become one of the world leaders in the export of high-quality coal concentrate. 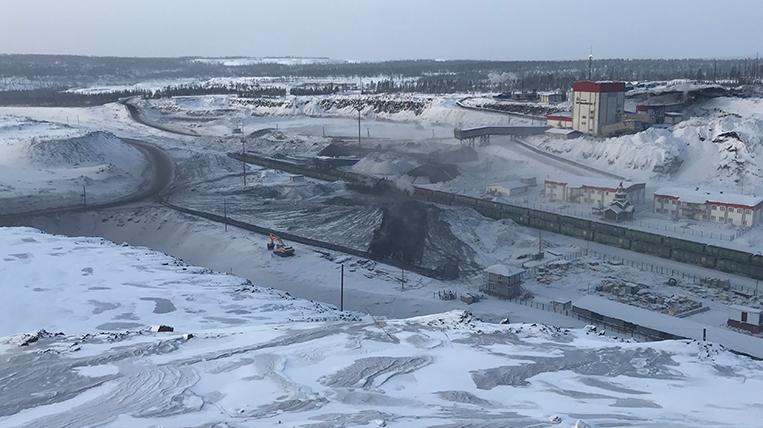 Photo: Artur Agafonov
Special project Coal of the East of Russia
“The launch of the concentrator at the Denisovsky GOK is scheduled for the end of March,” said Sergei Tsivilev, general director of the Kolmar coal mining company. Just eight and a half months after the start of construction, the company is already undergoing commissioning - this is a record time, the builders themselves admit. Despite the harsh climate and abnormal frosts below minus 50 degrees, the factory will reach its design capacity in 2018 and will be able to produce 6 million tons of coal concentrate per year. Together with the existing capacities of the company, this is already about 8 million tons of products per year.

"We have a good team, we have learned to plan the work correctly. Almost all segments of construction on 70% we close on our own, only at 30% these are contractors. The correct organization of construction - this is the key to success. But, of course, the most important thing is the burning eyes of people who believed in their strength, learned to do, they know and are able to do it, and now they get pleasure from work, "Sergey Tsivilev commented.

It is worth noting that the construction of PF "Denisovskaya" has become a successful example of cooperation with Chinese business. China is one of the world leaders in the production of coking coal, with extensive experience and the necessary technologies. Equipment for the construction of the concentrating mill was supplied by the Chinese company Beijing CATIC Industry Ltd ("daughter" of AVIC International Holding Corporation). Sergey Tsivilev explained that Colmar MC works with many Chinese companies: some purchase equipment, others come for installation work, others buy ready-made concentrate.

BET ON PREMIUM
The city of Neryungri appeared on Russian maps in 1975 year. It arose in connection with the discovery and development of the Neryungrinskoye coking coal deposit - one of the largest in Russia. Unlike coals of energy, coking coal, thanks to a number of properties, is indispensable in the metallurgical industry. With the extraction of this raw material, the future of the region is also connected today.

"We made a bet on the extraction of premium coking coals. They are used in the metallurgical and coking industry and directly affect the quality and characteristics of the products, "explains Sergei Tsivilev. "These brands of coal are more expensive than energy, and most importantly - their price in the world market is much more stable." Blast furnaces of metallurgical enterprises never stop and constantly need fuel. And it is important not only the quality of products, but also the consistency of raw materials characteristics and the stability of supply, which makes demand more predictable.

The company plans to increase the volumes of concentrate production in the future. Completed design and survey work on the construction of PF "Inaglinskaya-2" capacity of 12 million tons of products per year, the start of construction in December 2017 gave Prime Minister Dmitry Medvedev. The construction of three new mines and the output of "Inaglinskaya-2" at full capacity will allow Russia to become the world leader in the export of premium coking coals.

"We compete with the world's leading producers of coking coal from Australia and New Zealand, in Russia we have no competitors," said Sergei Tsivilev. - Previously, the USSR closed about 30% of the needs of the Asian market, and now - about 10%. We are counting on restoring our previous positions. Given our advantages in logistics and quality of raw materials, the chances are very good. " As noted by Sergei Tsivilev, producers from Australia and New Zealand often face climatic difficulties: floods and droughts affect the characteristics of coal and the uniformity of supplies. While the coal mined in Neryungri district is extracted from mines and always has stable properties. In addition, the delivery to the company's own port in Vanino takes only 4 days by rail.

STRENGTH - IN THE CAMERAS
The main value in the North is people, the leaders of the company say in one voice. Without skilled employees, the development of South Yakutia is simply impossible, but today the Neryungri region has a long-term tendency to outflow of population.

"Today, the most difficult, the most problematic, is bringing personnel to Yakutia. Especially young professionals, so they stayed here to work, brought the family, - commented Artem Levin, production director of MC Colmar. We plan to recruit 4300 people in three years, these are builders, underground miners, enrichers. We are ready to accept all, provide with habitation and work ".

"Kolmar" expects soon to reverse the negative trend and make life in Neryungri comfortable enough. "The company invests in the development of the infrastructure of the city and the region, develops sports and education. The company pays special attention to the integration of employees coming from other regions, - said Deputy General Director for Social Affairs Anna Tsivileva. "Today we are offering one of the best social packages that exist in the Far East." Special attention is paid to education: Colmar is patronizing the local gymnasium No. 1 and the South Yakutia College of Technology (YUYATK), providing constant support and assistance to these schools. The students of the senior courses of YUYATK have the opportunity to practice at the company's enterprises with subsequent employment. Since 2015, Colmar has employed 315 college students, almost 40% of the total number of graduates.

According to the head of the company Sergei Tsivilev, "Colmar" has a long-term development strategy at least for 50 years ahead, and this horizon will expand constantly. In addition to coal mining, the company plans to build for its needs a repair and mechanical plant equipped with all necessary diagnostic and repair equipment, as well as a service center of the world's largest machinery manufacturers. "Colmar" also plans to open a plant for the production of explosives, which will be used in areas of open mining. In January of the year 2018, Kolmar received a license for the Verkhne-Toluminskoye field, where in the next 10 years, coal will be mined by open-pit mining. The total reserve of energy and coking coals of the company is 1,1 billion tons.
Tags: coal Extraction investments