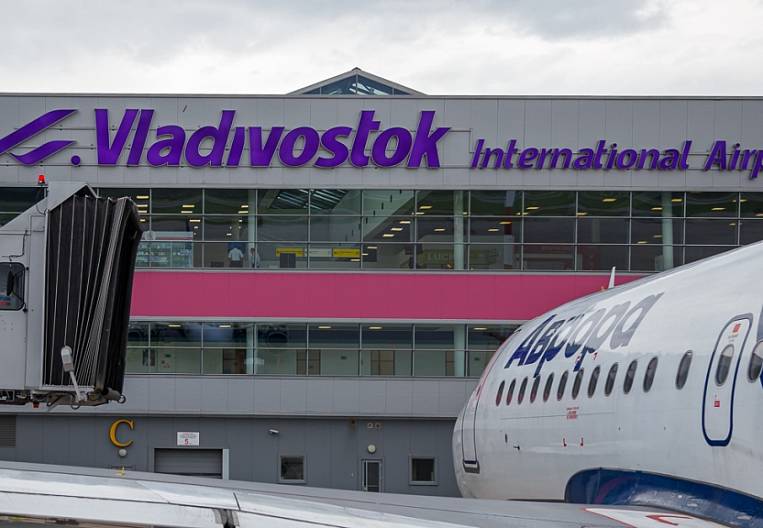 Photo: courtesy of the press service of Vladivostok airport

Despite the difficult situation in the air transportation market due to the coronavirus pandemic, passenger traffic at Vladivostok International Airport began to gradually recover on domestic routes. In June, the airport served more than 53 thousand passengers, which is almost twice as much as in May. In the first half of July, the passenger traffic approached the indicators of July last year.

The positive dynamics was achieved, firstly, due to the increase in the frequency of flights to the Moscow direction. Wide-body Boeing 777 and Airbus A330 aircraft now fly to the capital up to three times a day. The increase was also provided by the recently opened new regular flights from Vladivostok to Anadyr, Krasnoyarsk, as well as the resumed flight to Krasnodar at the end of May.

In general, in the first half of 2020, over 623 thousand passengers passed through the airport, of which 411 thousand used domestic airlines, 212 - international. After international flights resume in full, two new Japanese airlines, Japan Airlines (JAL) and All Nippon, will start flying to the region, in addition to several Chinese and South Korean companies that launched flights earlier. In February and March, they only managed to test the Tokyo - Vladivostok route.

For the national carrier of Japan - JAL, the capital of the Far East has become the second place in Russia where its representative office will start operating. Previously, the airline operated flights between Tokyo and Moscow for more than half a century. The airline will operate a Boeing 737-800 and fly from Narita Airport three times a week.

“JAL will open the city of Vladivostok for its residents as a place with interesting culture, history and sights. On the other hand, residents of Primorye will have more opportunities to see the amazing world of Japan. JAL offers a wide route network, so Tokyo can become a transit point for travelers from Vladivostok wishing to visit the USA, Canada, Australia or the countries of Southeast Asia. I am confident that the launch of flights by Japan Airlines will open up new opportunities for regions and countries in general, ”he stressed. 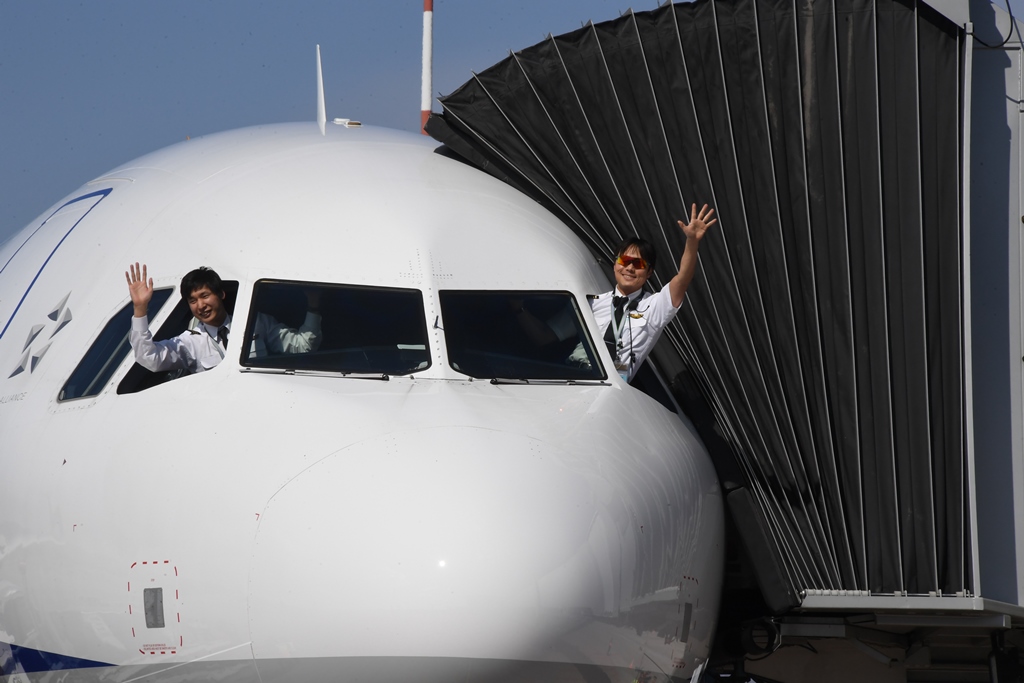 The airport management is confident that flights will be in demand, since the Japanese route has been one of the most popular among the residents of Primorsky Krai for many years. At the end of 2019, passenger traffic on it increased by 87% compared to 2018.

So far, the situation with the opening of international traffic is unpredictable. In accordance with a government decree dated July 8, 2020, Vladivostok airport, along with other large Russian hubs in Moscow, St. Petersburg, Yekaterinburg, Novosibirsk and Rostov-on-Don, entered the list of airports for the resumption of international flights as part of the first stage of the decision-making algorithm. However, three harbors in Siberia, the Urals and the Far East were subsequently removed from the lists, despite the fact that countries such as Vietnam, China and Mongolia were designated as priority countries for the restoration of international traffic.

But if the opening of flights with Japan and other foreign countries still needs to wait, then you can start traveling in Russia today. Director of Aviation Commerce at Vladivostok Airport Alexander Bobrov points to the reorientation of tourist demand from international destinations to domestic ones. Responding to the challenge, in July Vladivostok Airport began serving direct flights to the Russian Black Sea resorts of Sochi and Simferopol. Flights to these destinations are operated by Rossiya Airlines in partnership with the Biblio-Globus tour operator. The air carrier uses Boeing 747-400 aircraft with business class seats.

“Sochi and Crimea are the most attractive offer for us. Rossiya Airlines together with the Biblio-Globus tour operator responded in a timely manner to the growing popularity of domestic tourism. New flights on a regular basis will meet the growing demand for summer travel, ”Bobrov emphasizes.

For several years in a row, Vladivostok Airport has been demonstrating a steady growth in passenger traffic, flight frequencies, and is opening up new directions. And this is natural - there is constant work to improve the quality of service and improve the service.

So, to reduce the time that passengers spend in the check-in queue, the airport introduced special monitoring at passport control and pre-flight inspection. The result was not long in coming. The waiting time in the check-in queue has decreased by 33% compared to 2017 and now does not exceed 20 minutes, the time for registration and waiting for pre-flight security has decreased.

To improve the qualifications of employees, two years ago, an Aviation Training Center was opened on the basis of the aviation enterprise, where by now a thousand students - employees of the airport and third-party organizations - have graduated. For 2020, ATC specialists have planned a new extensive distance learning program in several areas, for example, "Transportation of dangerous goods by air", "Providing situational assistance to passengers with disabilities and other persons with reduced mobility" and others.

In addition, since 2018, MAV has been actively developing a production system based on the philosophy of "lean manufacturing". The measures are aimed at increasing the efficiency of the company and improving the production process through the use of the best world and own practices. Employees of the enterprise monthly submit their proposals for improving the airport's activities. The most effective ones are implemented, and the initiator receives a prize.

“We want to make our approach to improvements more systematic, we strive to involve the maximum number of employees, because it’s the people“ on the ground ”in their daily work who understand how to make the work process more efficient, safer, faster and more economical,” notes the head of the development department production system Irina Gryaznova.

At the end of June, at the final annual meeting, the general director was re-elected, he has been holding this position in the last few months in the status of and. about. Andrey Vinichenko. He will have to solve the complex tasks that are now facing the airport, including the restoration and increase of passenger traffic and increasing the airport's capacity.

According to the chairman of the board of directors of Vladivostok airport Alexei Vasilchenko, the area of ​​the terminal is 46 thousand square meters. meters, and according to international standards, it allows you to serve from 4,6 million passengers per year. In 2019, the passenger traffic was slightly more than three million, which means there is still potential for growth, and considerable one. 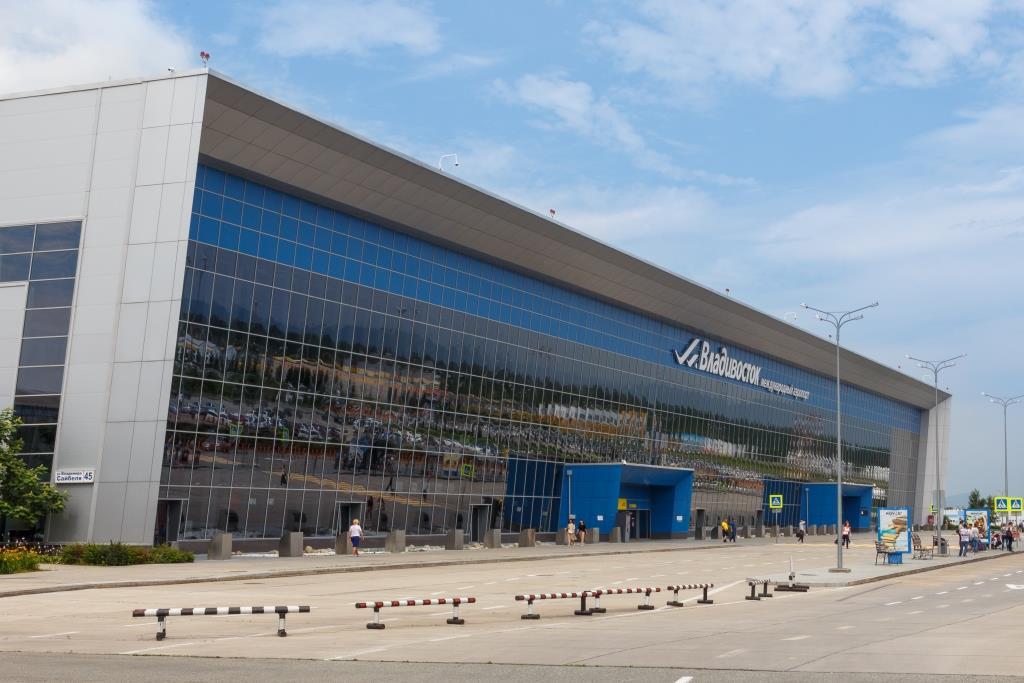 The management sees one of their priority tasks in increasing the throughput of the international terminal by 30%. The mid-term task is to adjust the layout of the existing terminal: to change the technologies of passenger traffic, the configuration of luggage systems, and the purpose of areas. At the same time, funds are envisaged for the current year to develop a long-term, for 20 years, master plan for the development of the airport. This is a large document that will allow planning an increase in the airport area. It is even planned to build a second passenger terminal of a similar area, move service buildings closer, and build a hotel.

“Moreover, S7 Airlines is interested in building a hangar for servicing its aircraft in our territory. We now have five aircraft based. S7 considers Vladivostok as a base hub in the Far East. A separate, very promising direction is cargo. We are planning to attract the largest Russian cargo carrier AirBridgeCargo as the base company, ”Vasilchenko said.

In May, Vladivostok Airport entered the TOP-20 of the most convenient airports in Russia according to Forbes magazine. The main air harbor of Primorye took 16th place, ahead of the airport of Sochi, Kazan, Tolmachevo and others. In total, 35 airports with a passenger traffic of over 800 thousand people a year participated in the study. Forbes analyzed their work in six categories: transport accessibility, route network, airport service, punctuality, waiting for baggage and international awards.

At the end of 2019, the Primorye air harbor rose by two positions (from 14th to 12th) in the overall rating of Russian airports in terms of passenger traffic and became the leader in the aviation industry in the Far East and Eastern Siberia in terms of the number of passengers served. Also last year, the airport set a historical record, serving 3 million 80 thousand passengers, which demonstrates the best growth rate among the airports of the Russian Federation with a passenger traffic of over two million people per year.