East of Russia through the prism of foreign ratings 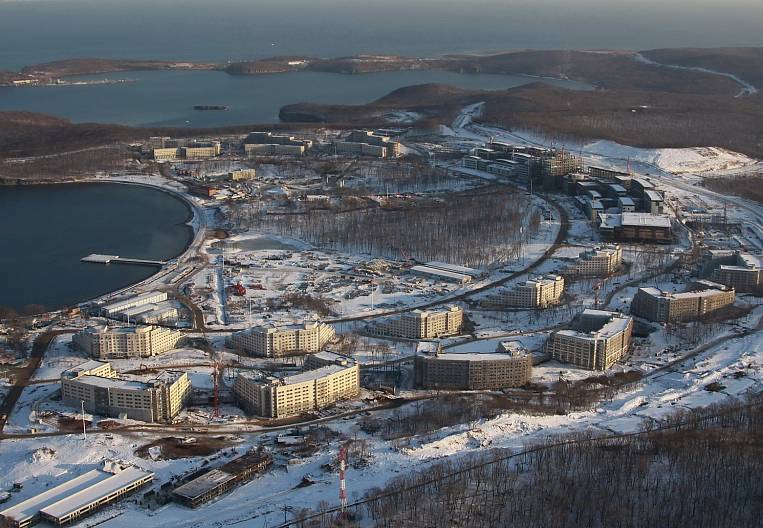 Myths, reserves, media drivers How to help drivers of the tourism industry DFO What is the "superpower" of the Khabarovsk Territory?
All author's materials
Vladislav Shulaev, Director for Promotion of Territories of AGT Communications Agency:
- Over the past two or three years, a whole segment of supporting technologies has emerged around such a PR direction as the development of territories. One of them is ranking promotion.

Territory ratings are actively and massively developing for less than 10 years, but have already become an independent powerful tool for promotion, as well as a tool for comparative and fairly objective analysis of the real situation in various areas: tourism, investment, education, export of goods, quality of life, and efficiency of interaction with higher authorities. Moreover, experts in modern innovative industries emphasize that it makes sense to spend attention and strength primarily on international ratings, providing a comparison with dynamic world standards and access to global information flows.

Moscow is present in almost 100 international ratings every year, St. Petersburg - in 40, Novosibirsk, Sochi, Yekaterinburg, Kazan - in 15. The regions and cities of the Far Eastern Federal District are represented much more modestly. But even the available information is enough to assess where the eastern cities have already managed to "light up", and where they have obvious reserves in comparison with their neighbors. It is important to record this at the beginning of 2015 and assess the frontiers available in the near future.

In the ranking of investment cities of the world, the Innovation Cities Global Index from the East of Russia, one delegate is Vladivostok, 381st overall place and 6th among 20 Russian cities included in the 2014 ranking.

For a long time, only one subject of the FEFD federation could present a long-term credit rating - the Republic of Sakha (Yakutia). Its current rating by Standard & Poor's is BB + (top 15 Russian regions) and Fitch is BBB- (top 6). Magadan Oblast has recently received a rating from Standard & Poor's - BB-. By the way, it is strange that the Sakhalin Oblast does not have a credit rating, which, judging by its financial indicators, should have a very high level.

According to Forbes magazine, Khabarovsk (25th place) and Vladivostok (30th) are among the thirty best cities in Russia for doing business, with the capital of the Far Eastern Federal District down 5 positions relative to the previous year, and the capital of APEC-2012 - by 9 positions. Now it is important at least not to fall out of sight of these ratings.

Vladivostok has something to strive for also in innovation and business promotion. This is indicated not only by the fact that 380 cities are higher than the seaside center in the innovation rating, but also the sensational successes of non-capital Russian cities in other international ratings. According to, for example, the research of the company Tholons, Nizhny Novgorod in 2015 took 5-place in the top-100 cities in the world, the most favorable for outsourcing. In addition to Nizhny Novgorod from Russia, this list also includes St. Petersburg (34-e place), Moscow (56-e) and Novosibirsk (92-e).

In the ratings of this direction there can be more than a hundred assessed parameters, therefore, serious progress in them is the painstaking and persistent work of a large community of managers over a long period. And yet there are starting solutions that can accelerate this upward movement, primarily in terms of communication. Firstly, it is the presence of global innovation and manufacturing companies in the city - in the form of representative offices or in the form of joint projects that attract the attention of media, experts and investors. Secondly, these are international forums on specializations of the city and region. The idea is applicable to Vladivostok, and to Khabarovsk, and to the capital of Yakutia, which is associated with a number of international projects.

With foreign guests, regional tourism is becoming more active from the social sphere to the industry. This is especially noticeable against the backdrop of a new exchange rate of foreign currencies and a growing tourist flow from the People's Republic of China. However, while in the international tourist ratings (alas, even in the Russian lists of these ratings), the eastern cities of Russia are represented minimally.

Last year Vladivostok left the top 400 of the world ranking of cities by the number of international forums (ICCA), we hope temporarily. The only Far Eastern representative among the winners of the Travelers' Choice 2015 hotel rating from the global travel portal TripAdvisor was the Antarius guest house of the Kamchatka village of Paratunka - 23rd place in the Best B & B-Hotels in Russia nomination. In the rating of last year TripAdvisor "Travelers' Choice" the tourism industry of the East of Russia was also represented by one hotel - "Khabarovsk City", which was placed in 18th place in the nomination "Top 25 Best Hotels in Russia". However, in January 2015, the Khabarovsk hotel did not find a place in the new issue of Travelers' Choice due to the strong rating rise of hotels in the South of Russia, the Urals and Siberia. But the Vladivostok restaurant "Zuma", having overtaken the capital and southern points, won the 1st place in the nomination "Gourmet restaurants, popular among travelers - Russia". And this is a real sensation.

Travel ratings often include ratings for mobile photo services. In terms of the number of photos in the global Panoramio service, which is noticeably less popular among Russians than, for example, Instagram, St. Petersburg and Moscow took only 96th and 98th places. Even fewer photographs were taken in the cities of the Far Eastern Federal District: Vladivostok - 724th, Khabarovsk - 1750th, Petropavlovsk-Kamchatsky - 4726th, Yuzhno-Sakhalinsk - 5983rd, Komsomolsk-on-Amur - 6415th m, Magadan - at 9648th, Yakutsk - at 10th.

What does the East of Russia need to start moving up the steps of international tourist ratings? First of all, focus on drivers - those projects that already demonstrate growth potential.

Firstly, this is the "promotion" and increase in the availability of two "planets" in the Far Eastern Federal District - "the planet Yakutia" and "the planet Kamchatka." In terms of saturation with miracles of a global scale, these two regions can be attributed to the world leaders in nature tourism. But so far only in potential. Therefore, the promotion of the unexpected rating driver of Kamchatka tourism, the Antarius guest house, is an important step for improving the status of the tourism infrastructure of the “fire edge”.

Secondly, it is the study and development of the phenomenon of Vladivostok cuisine, headed by its rating leader - the Zuma restaurant, which, since this is the case, needs help to get into the European and Asian top-lists of restaurants.

Thirdly - and this is already beginning to be realized - the development of "red routes" in the South-East of Russia: in the Amur and Sakhalin regions, Khabarovsk and Primorsky regions. The factor that will help the Chinese tourist flow in the next few years will probably be the determining factor for the eastern regions.

Fourthly, this is a communication support for the rapidly developing topic of cloning of Yakut mammoths, which can cause serious tourist interest in the places of former and future habitats of ancient animals.

Fifth, this is the development and promotion of the Eastern Ring project, as well as Khabarovsk separately, not only as an air gateway to the world of Far Eastern tourist fairy tales, but also as a bearer of an ancient original culture.

Over the past two or three years, the educational advancement of Russian territories has become a fully formed trend. The entry of Tomsk and Novosibirsk educational clusters into the top four, along with Moscow and St. Petersburg, is already an established fact, confirmed by a half dozen international ratings (despite the fact that Kazan, Yekaterinburg, Samara are unlikely to put up with this). The eastern territories cannot yet claim leadership in the struggle to attract applicants, but education in the federal district has its own driver.

Far Eastern Federal University (FEFU) is well represented in two global educational rankings at once: QS (701–800th in the world and 15–18th in Russia), GWC (488th in the world and 22nd in Russia) ... In addition, FEFU is the only one that represents the East of Russia in the list of the best universities in the CIS in 2014 (rating class D - an acceptable level of graduate training). In January 2015, QS published a new sub-rating - for the region "Developing countries of Europe and Central Asia" (QS UNIVERSITY RANKINGS: EECA), in which the Far Eastern Federal University shared 71-80th place with others (17-20th in Russia) ... In the rather authoritative QS BRICS rating, the FEFU company (100th place among universities in the BRICS countries and 19th in Russia) is the North-Eastern Federal University (NEFU) named after I. MK Ammosov in Yakutsk, which ranks 151-200th (38-50th in Russia).

The development and promotion of the university system affects the innovative, investment and social (especially among young people) attractiveness of the region. So, if you choose where to begin active rating promotion of Eastern Russia, then, perhaps, from the communication support of university activities, especially on the eve of the admission campaign. And the promotion of university sites can begin immediately: the next update of the Webometrics rating is coming in July.
Tags: Far East Territory ratings Yakutia Sakhalin Khabarovsk Vladivostok tourism Restaurant Zuma guest house Antarius Kamchatka education FEFU
December 5: current information on coronavirus in the Far East
Digest of regional events and latest statistics
Media News2
See also: