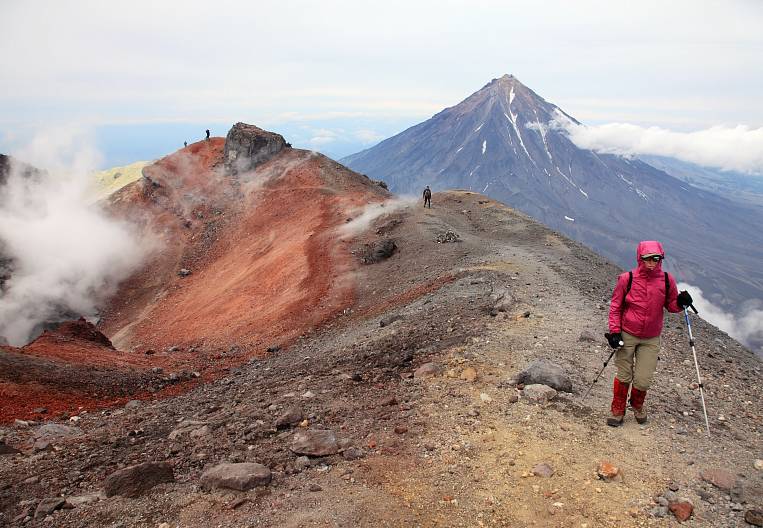 The idea of ​​creating a common tourism brand for the regions of the Far East and Transbaikalia, which was periodically voiced at various thematic discussion platforms, was finally formed in June 2012 at the international conference "The Eastern Ring of Russia Cross-Border Project" as the basis for the formation of a single tourist space and an instrument of cooperation between the countries of the North-East Asia ".

The essence of it is that, by analogy with the "Golden Ring of Russia" create a single tourist space with routes that allow tourists to admire the beauties of Yakutia, admire Kamchatka volcanoes, visit the Ivolginsky datsan in Buryatia and arrange a boat trip along the Amur near Khabarovsk.

Subsequently, the "Eastern Ring of Russia" was included in the number of events of the federal special program "Development of domestic and incoming tourism in the Russian Federation (2011-2018.") In terms of promoting the tourist attraction of the subjects of the Russian Federation. The text of this program notes that the Far East has unique natural and climatic features, being the only place in Russia with a moderately monsoon climate. As of the 2011 year, when the program was being adopted, about 2 million tourists rested on the territory of the macroregion annually, which was only 6% of the all-Russian tourist flow. Potentially, the tourist and recreational complex of the Far East is promising for the development of inbound tourism for residents of Japan, the Republic of Korea, China and Mongolia, the authors of the program believe.

In August-September of this year, the trans-regional route offered to check on themselves bloggers and journalists from leading Russian media. This trip included four regions: the Republic of Sakha (Yakutia), the Khabarovsk Territory, the Kamchatka Territory and the Republic of Buryatia. The experiment was more than successful, its participants were satisfied. As well as representatives of local authorities, who expect from the development of a cross-border tourism project a noticeable increase in tourist flow.

For example, the head of the Agency for Tourism and External Relations of the Kamchatka Territory Gevorg Shkhiyan called the project "The Eastern Ring of Russia" "the basis for the formation of a single space and an instrument of cooperation with countries throughout the Asia-Pacific region." "Transport logistics has already appeared, which allows to make flights from Yakutia via Khabarovsk and Kamchatka to Alaska, and this route seems promising from a tourist point of view," said Gevorg Shkhiyan. The Minister for Business and Tourism Development of the Republic of Sakha (Yakutia), Yekaterina Kormilitsyna, stated in the media that Yakutia as a remote territory focuses on event tourism. Also popular destinations are hunting and fishing. At the same time, tours on the Eastern Ring are not yet sold, but there is interest in its separate sites. In this regard, Ekaterina Kormilitsyna stressed the importance of developing small aircraft and increasing the number of subsidized flights, as well as all necessary infrastructure.

Chairman of the Board of the Far Eastern Regional Branch of the Russian Union of Travel Industry Alexander Osaulenko agrees that logistics remains a sore point for Far Eastern tourism. "Rosturizm" is one of the organizers of the project "The Eastern Ring of Russia". I helped organize the tour for journalists, and the price of the flight from Khabarovsk, Vladivostok and Moscow struck us, "- admitted Alexander Osaulenko EastRussia.

According to him, there is no uninterrupted air communication between all the regions of the Far East and Transbaikalia, and "there are no progress in this direction yet." Solve the problem of transport logistics can be, by making the airports open, said Alexander Osaulenko. "Today, most domestic and international tariffs are established by monopolies. According to our legislation, not every airline can enter the airport. On international lines, there is usually one Russian and one foreign carrier, and there are no more than two Russian companies on domestic lines, "he explained. Another obstacle was the head of the DFO of the PCT called insufficient involvement in the project of regional authorities and the embassy: "In our opinion, the work is not doing properly."

At the same time, Alexander Osaulenko appreciates the potential of the project. "It is unlikely to become as massive as the Golden Ring of Russia, because there are chains of buses with Russian and foreign tourists, and it's hard to imagine a chain of planes. But we can take our share of the market. We do not have ancient temples, but there is nature. A diamond tube, a diamond exchange - where can you see it, in South Africa? But not everyone will go there, but Yakutia is closer. In Kamchatka there are active volcanoes, and in Khabarovsk Krai different climatic conditions intersect: here you can see a tiger with a leopard, and cedars, and a fern, "the expert lists.

At the same time, the project requires capital investments. For example, only one project of the Khabarovsk Territory, a tourist cluster of the Amur River and the Shantar Islands, will require at least 1,5 billion rubles, although the federal budget will allocate 2014 million rubles for the program in 2015 and 400. In total, the FTP includes three Khabarovsk projects, the total investment of which may exceed 10 billion rubles. In this region, real steps are being taken to attract investors, and the Chinese side is interested in developing border tourism. But still try out the routes of the Eastern Ring of Russia first on Russian tourists. "There is a technology for tourism development. Countries that are powerfully and comprehensively developing in this direction, first create a product for domestic consumption. First for citizens, then for nearby cities, for the whole country and then for other countries. What is being done in the region is done for the inhabitants of the region, and this is correct, "concluded Alexander Osaulenko.