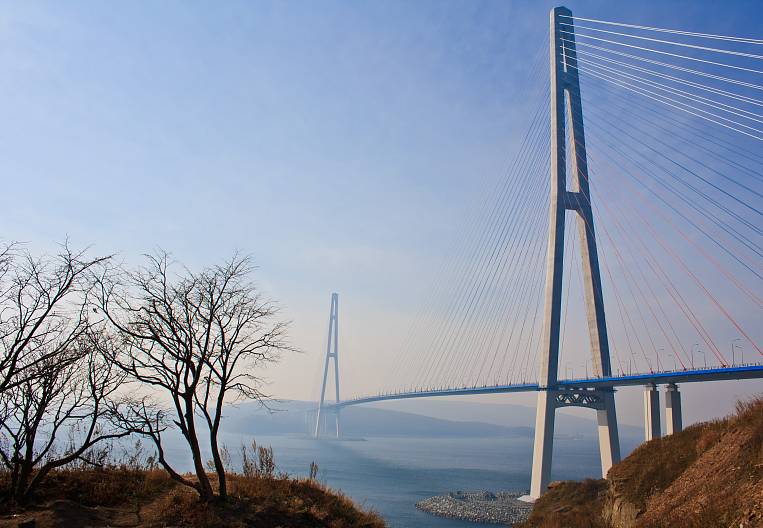 The Ministry of Economy proposed to curtail the tourist SEZ on Russky Island in Vladivostok and the port SEZ in Murmansk due to the lack of residents. The head of Primorye, Vladimir Miklushevsky, spoke against the decision of the federal agency, believing that the island has every chance to reveal its potential.

Recently, Prime Minister Dmitry Medvedev proposed closing some of the special economic zones, saying that such decisions should be weighed and coordinated. As a result, the Ministry of Economic Development proposed early liquidation of the port SEZ on the territory of the Murmansk port and the tourist SEZ on the Russky Island, since no investment agreement was concluded within three years from the date of the creation of these special economic zones.

The SEZ on Russky Island was created in 2010 to attract Russian and foreign investment in the tourism potential of Primorye, as well as to enable the efficient use of facilities built for the APEC-2012 summit. Of course, Russky Island could well become a center for beach recreation with diving and other water sports, attract tourists with historical routes - the Vladivostok Fortress is very close - an example of the achievements of the world fortification art, and also lure extreme people into a center for active winter recreation with a ski slope. In connection with the specifics of the FEFU located on the island, it was even said about the development of medical tourism. The potential of the island was investigated by foreign experts who advised to bet on the Asia-Pacific countries. Thus, according to their forecasts, by 2017 the flow of tourists to Vladivostok could have increased to 400 thousand people, and then by 2027 it could come close to 1,3 million people. However, over these almost four years in Russkoye, not only did they fail to connect the tourist SEZ with the innovative component, but also generally attract investors.

“Since the establishment of the SEZ of a tourist and recreational type, a concept for the development of the zone has been developed, and work has been carried out to formalize land and property relations. At the same time, no private investors showed interest in the implementation of the project, the residents of the SEZ were not registered, ”the text of the draft resolution of the Ministry of Economic Development says. The federal department proposes to develop these two sites in a different format, outside the SEZ institution, using the mechanisms of public-private partnership.

The head of the Primorsky Territory, Vladimir Miklushevsky, did not agree with the proposal of the Ministry of Economic Development to close the SEZ on Russky Island. As reported by the press service of the governor, V. Miklushevsky is going to defend up to the end the special status of the island at the level of the Russian government.

“The head of Primorye has repeatedly said that the Russian island has all the conditions for its territory to become a new point for the development of the regional economy. The administration of Primorsky Krai is not ready to support the proposal of the Ministry of Economic Development to exclude this economic project. Moreover, such a decision was made without coordination with the regional authorities, and this is simply not acceptable, ”said Sergei Nekhayev, a spokesman for the governor. He stressed that the project is not being implemented due to lack of land.

"The main difficulty is the availability of land. Currently, the military land on the island of Russian is not involved in civil circulation. And this means that the administration of the region can not start looking for investors, develop a concept for the SEZ and prepare a project for the planning of the territory, "he said.

The head of the region was supported by Alexey Starichkov, director of the department for international cooperation and development of tourism in Primorsky Krai, who is confident that the tourist and recreational type SEZ on Russky Island is of great interest in Russian and foreign business circles.

The SEZ discussion has unfolded in live "Kommersant FM"... Roman Khudyakov, First Deputy Chairman of the State Duma Committee on Regional Policy and Problems of the North and the Far East, expressed the opinion that «It is necessary to develop free economic zones, but before investing from the budget in the free economic zone of any region, there must first have a team, have a team of specialists who will develop this business and attract foreign investors. If there is such a team, there is a prospect. "

He explained that Russky Island may not be a very good place, but what is the place for, for example, a large investor to build a plant in the Russian Federation? The location does not determine where to build it, if it is a huge large plant, and all communications are fully connected there, and most importantly, a railway line should be connected there first of all. Everything, nothing else. It all depends on who is in charge of the region - once, then, it depends on who is in charge of this project - two, and how foreign investors are attracted there - these are three. Here's what you need to understand. We can create a free economic zone, but at the same time launder a certain amount of money and say: "Over there, - quietly, in each other's ears, - there is a free economic zone over there." But the investor abroad and our own investor do not know about these free economic zones, and this is the problem, you know, who manages these technoparks, "the expert continued.

In the opinion of R. Khudyakov, it is quite possible to create a team of specialists on Russky Island:

«There are no exceptions, you understand. We are Russia. This is a "gold mine" for a foreign investor. Never in the whole history of the Russian Federation have we had such technoparks that the state would allocate land, and moreover invest in the development of these technoparks, there was no such. And now the investor will go with pleasure. Why? Because Russia is a unique state - put a ruble, and took ten. Earnings such. There is no abroad abroad, "he said.

A different point of view is held by the political analyst of the Higher School of Economics Oleg Matveichev. On the air of "Kommersant FM" the expert shared that the SEZ in Russia is not needed. "This is some kind of pampering in our country, starting from a false, in my opinion, monetarist economic theory, the one about which we repeatedly read in different textbooks and so on, the very one about the" invisible hand of the market, "that is, the state does not work , The state creates some kind of conditions, everything itself springs from somewhere, "he explained his position.

“We said that there is a free economic zone, we created it, announced it and we think that a lot of investors will come running, start investing money, and suddenly everything will collapse, everything will grow and so on. In some countries, maybe this is true, but in Russia it will never be. If you yourself will not do something, you will not create a project, nothing will be built, nothing will arise from anywhere, ”says the expert.

"We need to transfer to the state for private partnership, clearly focusing on a specific project that will be implemented in this territory. Do not look for some kind of zone, so that some people would go there, a concrete project, "O. Matveichev is sure.

Recall, after the adoption of the new law on SEZ in 2005, up to the present time in Russia, there were 19 special economic zones (six industrial, five technological, four tourist and two logistic).