Almost thirty years ago Alexander Gorodny with local artists conceived to open in Vladivostok Museum of Modern Art. And he began to collect paintings, sculptures and art objects of famous seaside, Russian and world avant-garde artists. In 2015, he donated his collection of 1280 works to municipal property free of charge and received a building for the museum, but the goal was never achieved. Why Vladivostok Museum of Modern Art, and why for his appearance you need to fight the authorities, the gallery owner told EastRussia. The 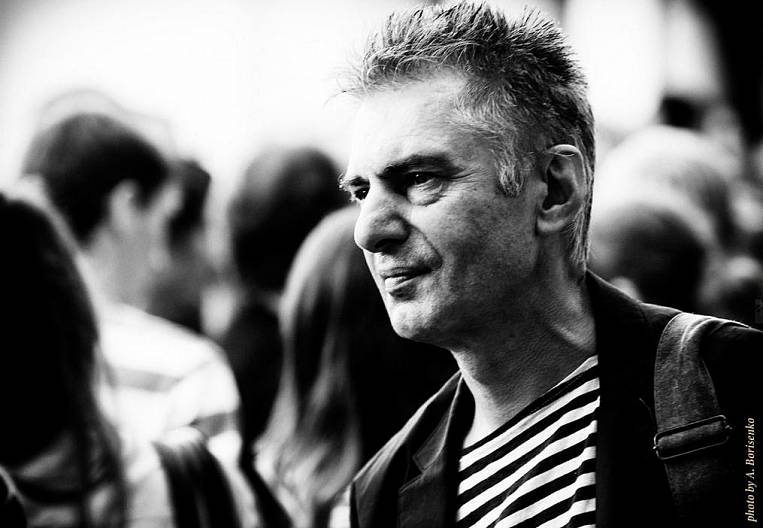 Photo: courtesy of Alexander Gorodniy
Special project # Unsuccessful - project about people who stayed
Alexander Gorodniy - Primorye Primorye: was born in the village of Tavrichanka, and at the age of ten he moved with his family to Vladivostok. As a schoolboy I went to the seaside, I visited museums of modern art abroad. He was impressed by the avant-garde, especially Cezanne, Modigliani, Kandinsky.

- I was friends with Vladivostok artists, I saw that their works look decent at the world level. In 1988, they formed a neo-modernist creative group "Vladivostok", - says Alexander Gorodny. - It included eight artists, whose work later became recognized as Valeria Nenazhivina, Viktor Shlikhta, Yury Sobchenko, Fedor Morozov, Alexander Pyrkov, Rurik Tushkin, Viktor Fedorov and Vladimir Samoilov. In 1989, I created a public association together with these artists, which later called "Artetazh." Even then, our main goal was to open the City Museum of Modern Art. I started collecting works for the fund of the future museum and wrote official letters to the mayors and governors.

In 1990 City showed a collection of 150 works Vladivostok artists of the group "Vladivostok" and the group "Shtil" at the exhibition in the Moscow Youth Palace. Capital culturologists, art historians and artists worthily appreciated the works of art of Far Eastern masters.

- After this exhibition I was offered to stay in Moscow or go to Europe, but I did not really want to break away from our shores and I already had agreements with the Japanese and Americans on joint projects. I invited everyone to come to Vladivostok, "recalls Gorodny. As a result, he held about 300 art exhibitions in Russia and abroad.

In Vladivostok, the works of the artists of the public association "Artetage" were presented for the first time (from 1990-1991 year) in the building of the Young Spectators Theater. And the next ten years were located in the gallery on the first floor of the White House. There was also an art salon, which brought a good income, and for the money earned, paintings were bought for the future museum of modern art. In the gallery, and from 2003 year in the museum at FESTU, city, regional and international art exhibitions were held.

- In the "White House" we occupied 700 meters, and paid only for 22, and I was happy about it. But then a new governor appeared, raised the rent and offered to vacate the premises in three days. Among the winter I was on the street with four trucks of paintings. Till now he is very grateful to Gennady Petrovich Turmov, who was then the rector of FESTU and allocated a place for the Museum of Modern Art - a specially built up floor above the university library, "says Alexander Gorodny.

The regional and city authorities considered various projects for the construction of the museum, but it did not reach the point. Buildings in which it would be possible to make a museum, were given to another restaurant, bank or shopping center. Only in 2014 year, in agreement with the administration and the Duma of the city, Alexander Gorodny donated his collection of works of art of Russian and foreign authors to municipal property for the city's Museum of Modern Art.

Under the museum were given the building of the House of Dambi - a monument of history and culture of regional importance. On the ground floor it was planned to place an art salon, a baguette workshop, a souvenir and bookshop, a conference hall and a hall for temporary thematic exhibitions, and most importantly - a storage facility. But later it was found out that the floor was occupied by the regional committee of social protection, which is ready to move out, but for three years they did not find a suitable place for him. On the second floor, the same situation with the registry office, and planned to do in its place hall of permanent exposure of foreign artists. At the moment on this floor there is only a hall of temporary exhibitions. And on the third floor there is a part of the exposition of the transferred funds - about 150 works. In these premises reconstruction has already been carried out, elements of architectural and interior heritage have been preserved as much as possible.

In 2016, the opening of the first exhibition took place, and to date more than thirty personal and group exhibitions of works by Russian and foreign artists have been held.

- All my works and this building were transferred to the MBUK Leisure Center "Firefly", which in 2016 year was renamed the Palace of Culture "Traditions and Modernity", - says Gorodny. - This is the former children's club of the plant "Radiopribor", now in the department of the city administration. Officially I am deputy director of this organization. The artists gave their works for the Museum of Modern Art of Vladivostok. They believed that I collect them for him, but I believed the city administration, enlisted letters in the transfer of funds. But, it seems, now the status of a city museum does not have legal authority to have. And I am still forced to fight the Vladivostok Culture Department, I will appeal to the new mayor on this issue.

In 1860 the military post "Vladivostok" was founded, then in Europe Impressionism - the forerunner of all world museums of contemporary art originated. According to the idea of ​​the City, the museum should not be contemporary art - today's art, as it became fashionable in recent decades, and modern art.

- I want to see works of world artists of different styles in Vladivostok. Modern art is a modern art that represents the history of fine art culture of the last century and a half, and at the same time reflects the history of Vladivostok. Our city is beautiful. And I was never going to leave it and I'm not going to, "concludes Gorodny.
Tags: Unconvicted Far East art artists Museums