Vladivostok International Airport beats its own records and demonstrates the highest growth in passenger traffic among the largest 30 airports in Russia, overtaking Yemelyanovo in Krasnoyarsk and closely approaching the number of passengers served at Samara and Kazan airports. 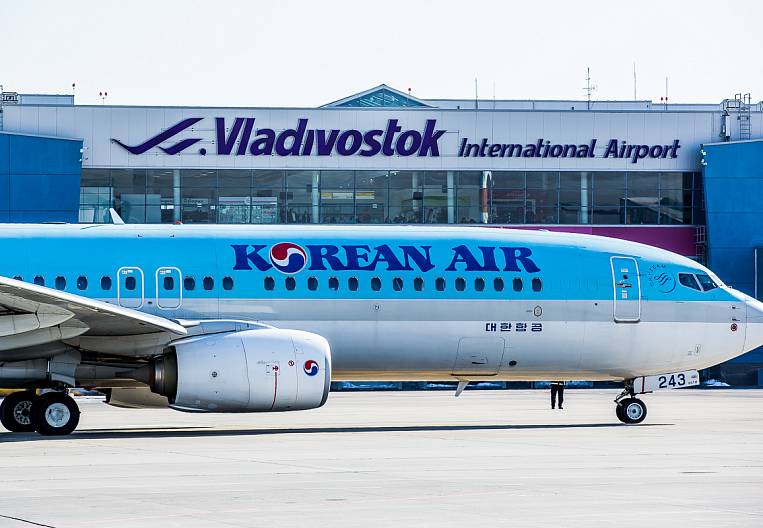 The past 2018 year was a record for Vladivostok International Airport. Passenger traffic growth was 21%, and in total, the main air harbor of Primorye served 2 million 634 thousand passengers. At the end of the year, in the 30 rating of the largest airports in Russia, Knevichi took the place of 14, having moved from 16, ahead of the airports of Krasnoyarsk (Yemelyanovo) and Mineralnye Vody.

At the same time, passenger traffic on domestic lines increased by 6% - to 1 million 483 thousand people due to an increase in the number of those who depart from Vladivostok to Yuzhno-Sakhalinsk, Moscow and Novosibirsk. Serious indicators showed international lines. Here, passenger traffic increased by 47%, reaching 1 million 151 thousand passengers. This was another record - more than a million passengers in foreign destinations per year served Vladivostok Airport for the first time in its history.

In 2016, Vladivostok Airport came under the control of an international consortium of investors in the Russian Direct Investment Fund (RDIF), Singapore Airport Operator Changi Airports International and a number of private companies.

According to the new owners, the main activities should be to expand the route network, increase the number of flights and improve the quality of airport services. All of today's efforts are being undertaken as part of this task. Over the past period, the partners and customers of the airport have made an unambiguous conclusion - the airport has noticeably added in quality of service and in the route network. The goals set by shareholders at the first stage are fulfilled. According to the airport, the level of passenger satisfaction in the international assessment system has reached “good.”

A number of improvements in technology, standards and terminal modernization have led to increased satisfaction, among which the most relevant is the transfer zone, where passengers on international flights connecting to Vladivostok, as well as passengers on domestic flights flying abroad, will be able to go through the procedure for the next flight, not leaving the sterile zone.

- The launch of the technology of transfer service for international flights greatly simplifies the passage of all pre-flight procedures and makes staying at Vladivostok airport more comfortable. We hope that this will allow the airport and airlines to expand the connecting route network and increase passenger traffic, and passengers to fly on a wider range of international and domestic destinations, - said Igor Lukishin, General Director.

Alexander Bobrov, Director of Aviation Commerce Aviation, draws attention to the fact that now the airport will be able to fully realize its potential, acting as an international air gate in the Asian part of Russia, and become the main entry point for passengers from East Asian countries, following.

Another important achievement was awarded the national award "Transport Security of Russia-2018". Vladivostok International Airport became the winner in the nomination "The best subject of the transport infrastructure of air transport, to implement the requirements in the field of transport safety." 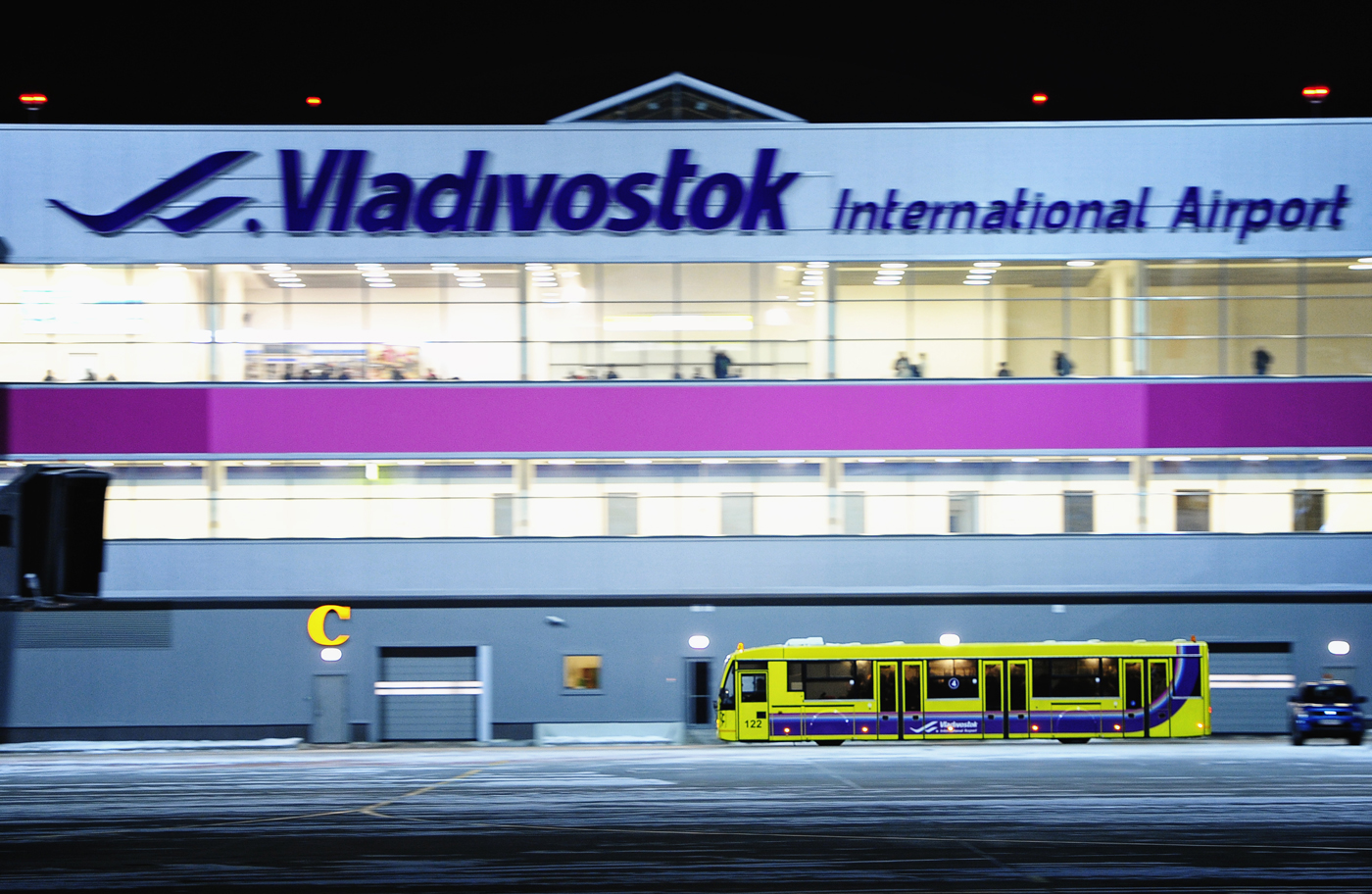 Considerable efforts are being made to expand the route network. The number of passengers on flights to the Republic of Korea increased by 73% in 2018, by 40% to Southeast Asia, by 15% by Japan and China.

“High growth rates are primarily due to the increased number of tourists from East Asian countries, the increase in the frequency of flights and the opening of new destinations,” explains Alexander Bobrov, stressing that last year several new companies visited the Vladivostok airport.

These are T'way Air, Eastar Jet, China Express, Air Busan, Air Philip. The international route network has been replenished with new directions: Daegu (T'way Air), Qiqihar (China Express), Muan (Air Philip), Sapporo ("Ural Airlines"), Phu Quoc (Royal Flight). In the Moscow direction, IrAero began operating flights, and a flight to Uzbekistan Airways was transferred to Tashkent on a regular basis. Achievements of the airport were marked by the prestigious Routes Asia 2018 Marketing Awards in the framework of the international conference on the development of air routes Routes Asia 2018, held in Australia.

Increasing passenger and tourist flows are related tasks that the company is working on in collaboration with maritime authorities. Last year, a new record for receiving foreign travelers was also set in Primorsky Krai - 780 thousands of foreign visitors visited the region, this is the maximum amount of foreign tourist traffic recorded in the last 10 years. In the regional department of tourism they note that the main growth was observed in the direction from the Republic of Korea. According to the director of the tourism department, Konstantin Shestakov, this is promoted by active and diverse work in the South Korean market. 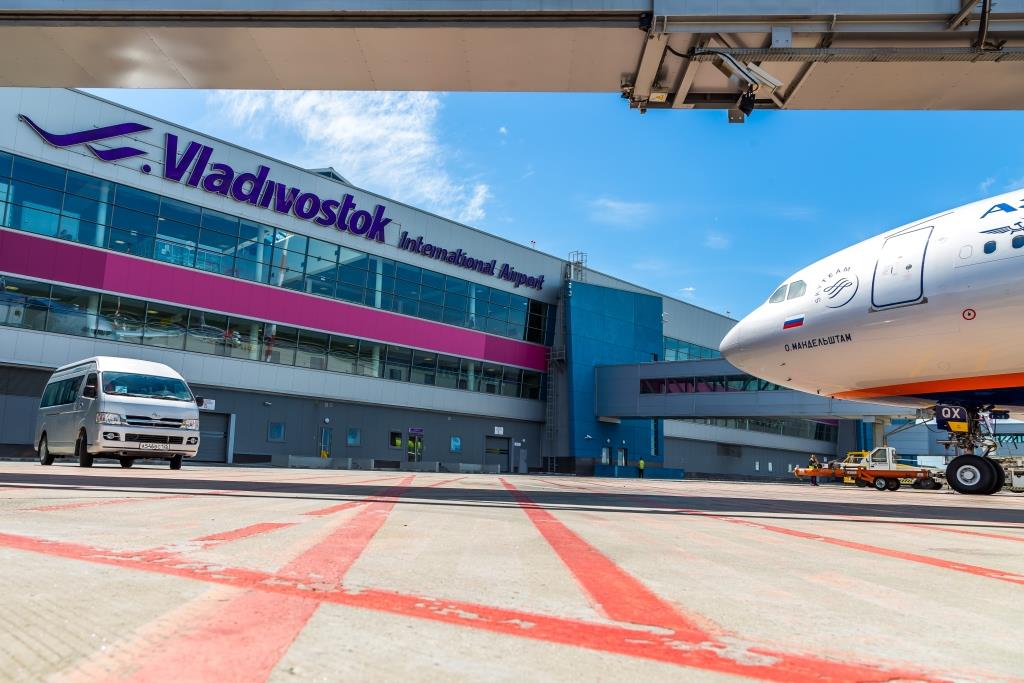 - The tourism potential of the region was presented at the thematic international Asian exhibitions, several family tours were held for tour operators and representatives of airlines from the Republic of Korea, which we organized with the Vladivostok International Airport. Airlines that entered our market have made a significant contribution to the promotion of our region in Korea, and common efforts always bring brighter results. A special place in this work is occupied by interaction with bloggers and youth pop groups of the Republic of Korea. The region has already become a real stage platform for them - several clips were shot here that collected millions of views on the Internet. As a result, our region has become rapidly gaining popularity among Korean youth, the number of flights in this direction has sharply increased and, as a result, the number of tourists has increased and continues to increase, he said.

Thus, the participants of the study tour were representatives of Japanese airlines Spring Airlines Japan, JetStar Japan, AirAsia Japan, major travel agencies, as well as popular travel bloggers in Japan. After the program was over, the representative of AirAsia Japan, a Japanese low-cost airline, Naofumi Nishida, admitted that he liked Vladivostok very much: “I was particularly pleased with its infrastructure at the level of a European convenient city. Upon arrival, I immediately noticed Vladivostok airport. It is very clean and attractive to tourists from Japan. ”

Another study tour was conducted for representatives of Chinese airlines and travel industry.

- China is one of the priorities in the development of international airport transport. This study tour will help attract new air carriers, launch new flights from the southern regions of China and from Taiwan, as well as increase passenger traffic on existing flights, ”Bobrov is sure.

Now from Vladivostok, airplanes fly to Beijing, Shanghai, Hong Kong, Changchun, Mudanjiang, Sanju, Yanji, Harbin, Qiqihar and Shenyang, passenger traffic in the Chinese direction for 11 months increased by 16% compared with the previous year and amounted to more than 230 thousands of passengers.

Two Chinese airports, Yanji, located in the Yanbian-Korean Autonomous Region, and Phoenix, in Sanya, Hainan Province, and South Korean Incheon, the world's largest airport and leader in passenger and passenger service, became sister companies of Vladivostok International Airport, whose leadership is confident that Such agreements allow to unite efforts aimed at the development of aviation communication between the regions.

As the airline management notes, the main goal is to create a large air transport hub in Vladivostok, focused on the development of international transport between the Russian Far East and the countries of the Asia-Pacific region. Moreover, the airport has room to grow - its capacity reaches 3,5 million passengers per year, and it can receive all types of aircraft.

The main topic of the next Pacific Tourist Forum, which will be held in Vladivostok in May, can be aviation tourism. “According to forecasts of experts from the International Council of Airports, air travelers from China to 2040 will be the main driving force of the global air transportation market. It is expected that the number of trips of Chinese tourists traveling around the world on airplanes will reach four billion, representing 19% of all air trips in the world. We, as long-time partners and a fast-growing market, need to take effective steps to attract these flows to the Far East of Russia. Primorsky Krai has already established itself as a transport and tourist hub. We would like to hold this event together with Vladivostok International Airport and one of the most significant operators of international airports - Changi Airports International, ”said Konstantin Shestakov. 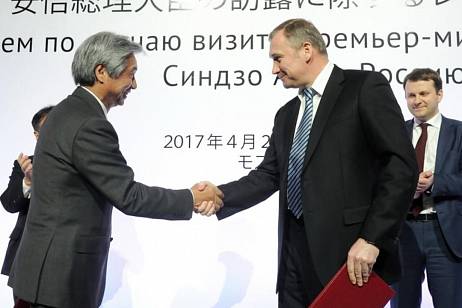 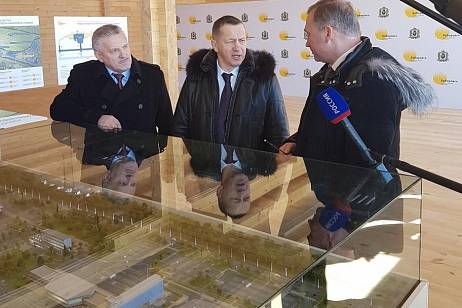 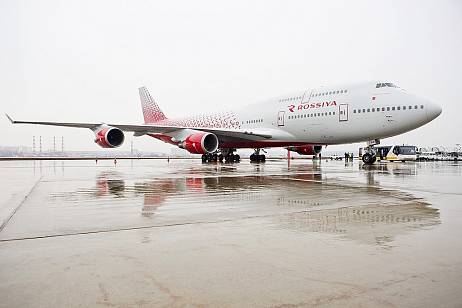