Vladimir Ilyukhin: the President has placed the interests of ordinary people and business at the center of the corner

“In my opinion, the most important thing that we have heard today is that Russia is a self-sufficient strong state, the main priority of which will always be the rights and interests of ordinary people and business,” said Vladimir Ilyukhin, commenting on the President's Address. 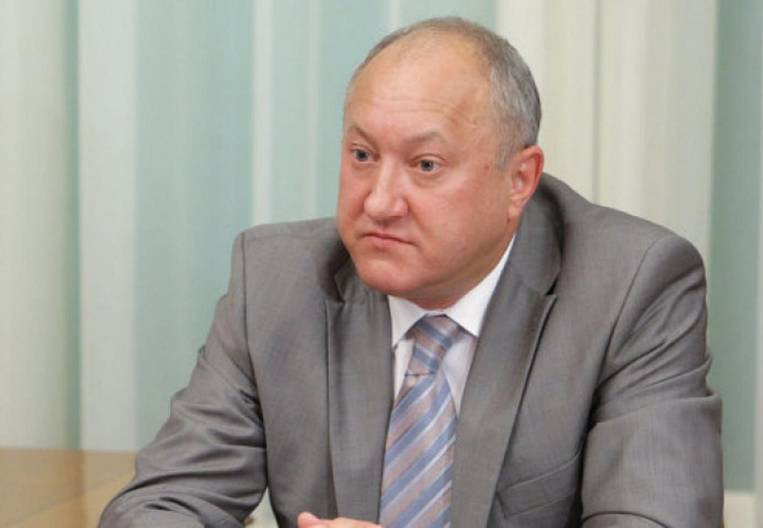 The President outlined a number of very important things. First of all, I mean social and economic priorities. Of course, one of the main statements for the Far East was the decision of the head of state to equalize energy tariffs. Kamchatka is one of the anti-leaders in terms of the high cost of electricity. Despite compensation for the difference in tariffs for residents and businesses (and we spend about 10 billion rubles on this every year), the burden on ordinary residents and businesses is in any case too high. We understand that it is very difficult to create a mechanism for equalizing tariffs, but with Vladimir Putin's statement, the Far Easterners, especially the residents of the northern territories, are confident that certain steps in this direction will be taken. "

Vladimir Ilyukhin noted a number of innovations that stimulate business development, announced by the President. “At the level of the constituent entity, we have already established reduced income tax rates for priority projects. After Vladimir Vladimirovich's statement, we will work out the possibility of establishing zero rates for projects aimed at import substitution. We see that measures to support agriculture and the food industry are yielding good results. Only in Kamchatka the growth was more than 10% and next year we forecast a similar increase in the production of our own products. Another important innovation is a government order for Russian manufacturers. In my opinion, this is very important for the food industry and we have already come up with similar proposals before, ”Vladimir Ilyukhin said.

The head of the region focused on a number of tasks set by the President in the field of health care and education. “In recent years, we have managed to do a lot in the region in these industries, but problems still remain. Now we are actively introducing a program for the construction of standard feldsher-midwife stations and educational complexes "school-kindergarten" in remote northern villages. Of course, we will apply for federal funding, ”the Governor of the region emphasized.

Vladimir Ilyukhin also supported the idea of ​​expanding the Free Port regime to Petropavlovsk-Kamchatsky, noting that this would provide new opportunities for the development of industry, tourism, port and logistics activities in Kamchatka. He recalled that earlier the regional government had sent a corresponding application to the Ministry for the Development of the Far East.

“The legal and tax mechanisms provided for by the free port regime, first of all, will allow more efficient use of the transport and logistics potential of Kamchatka. This is a serious step towards the creation of a stronghold in Petropavlovsk on the Northern Sea Route. Today the situation in Russia and in the world has once again made us understand how important it is to develop the infrastructure of the main Arctic highway, both as an internal Russian transport corridor and as a transit corridor for our partners from the countries of the Asia-Pacific region. Today, during his address, the President once again stressed the importance of the development of the Northern Sea Route. This is a signal both for the authorities and for investors, who have recently shown an increasing interest in Kamchatka, ”said Vladimir Ilyukhin.

According to him, the introduction of the Free Port regime will give new prospects for the development of tourism.

“First of all, this will allow us to organize cruise programs more efficiently. It should be borne in mind that within the framework of the advanced development territory already created in the region, a modern infrastructure is already being built in the port of Petropavlovsk. In addition to the new Marine Terminal, we will put in order the berthing facilities, create new opportunities for storing and handling cargo, for calling cruise liners. The facilitated visa regime will increase the duration of the stay of tourists, including those arriving on cruise ships, from 3 to 8 days. This is the time that people can spend on the territory of our region, use our services, - said the head of the region. - The free port regime will also open up new opportunities for fishing companies. Simplified entry of the fleet, fast cargo handling, removal of administrative barriers, in the end, will allow us to create competitive conditions in comparison with seaside ports ”.

The draft federal law "On the Free Port of the Far East", developed by the Ministry for the Development of the Russian Far East on behalf of the President of the Russian Federation Vladimir Putin, passed "zero readings" the day before in the Public Chamber of the Russian Federation. According to the bill, the regime of the Free Port of the Far East applies to the territory of 14 municipalities in four Far Eastern regions. It, inter alia, involves the creation of the Free Port "Kamchatka", which will operate on the territory of Petropavlovsk-Kamchatsky and surrounding municipalities.

The Free Port regime provides for a single window at the border, round-the-clock mode at checkpoints, a simplified visa regime with obtaining visas at the border, free customs zone regime for residents. Residents of the free port will receive tax preferences and administrative benefits. In particular, it provides for reduced terms for obtaining permits in the construction sector.
Tags: Vladimir Vladimirovich Putin Annual Message to the Federal Assembly Kamchatka Vladimir Ilyukhin
September 25: current information on coronavirus in the Far East
Digest of regional events and latest statistics
Media News2
See also: