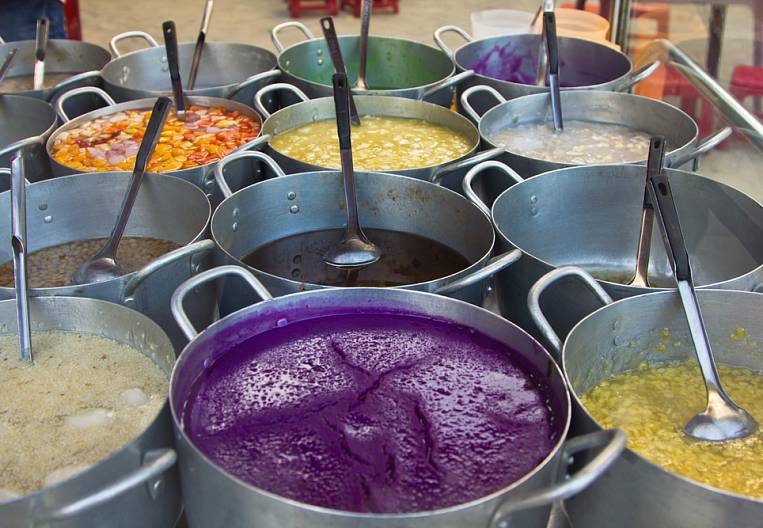 If your grandmother put snakes with garlic in jars for the winter, cooked compote from the dragon's eye, and the soup that she cooked for dinner was called pho, then you are Vietnamese, at least after your grandmother. But if suddenly everything was different in the kitchen of your progenitor, then we offer you a small excursion into the world of Vietnamese cuisine - delicious, strange, paradoxical.

In the Western mind, the entire oriental cuisine merges into one, even this very phrase is stable - "oriental cuisine". Chinese and Thai, Indian and Vietnamese - what's the difference? All one. But within the framework of oriental cooking, there are many distinctive cuisines. Just like within the framework of European cuisine there are Italian and Hungarian, French and German culinary traditions - can you confuse them? Let's try to figure out what is special about Vietnamese cuisine and what are its key dishes.

Salt is not loved. Salt is like white on black: too harsh, too unique. And in the East, semitones, understatement, and evasiveness are preferred to uniqueness ... Instead of salt, they use soy sauce, which is only one of the shades on the huge palette of tastes of local gastronomy. In the West, what is salted is considered spicy. Everything is different here: each dish must be balanced between sweet and sour, spicy and bland; to exude the most complex aroma, in which, as in the eastern pattern, the smells of dozens of herbs - lemongrass, star anise, mint, anise will be intertwined ...

An authentic sauce is always served to the table - a mummy, it is made from fish. It was invented in order to add protein to food, traditionally more vegetable. It is added to everything - in rice, noodles, soups; Bred with lemon juice, mixed with pepper.

As you may have guessed, rice is at the heart of Vietnam's aromatic cuisine. Rice culture originated here - on the lands of Vietnam and neighboring Thailand - 6000 years ago. It is believed that every Vietnamese eats at least 200 kg of rice per year. And you can understand this Vietnamese: while you try all the local varieties, you will probably already have thirty kilograms! Here they grow glutinous and crumbly rice, red, gold and black, long and round grain ... However, you usually do not have time to be surprised at the rice itself. After all, what is next to rice on a plate is much more interesting.

Tourists usually expect to try insects in Vietnam. This was not the case: cockroaches are the decoration of the tables of Thailand and Cambodia, and the local cooks have enough “normal” fauna and flora. Here they easily eat beef, chicken, pork and fish. And yet - turtles and sea reptiles. Well, actually, also rats with snakes, but this is not every day!

The rat is a local delicacy of the extra class. Very much on rat paws tender meat. The main thing - try it out. This is usually a problem for guests from other countries. At first, if unpleasant, imagine yourself eating a chicken or a piglet. And there you will enter the taste ... In Vietnam, by the way, there is even a specialized rat market, in the province of An Ziang. The most popular there are field rodents, feeding on cereals and snails.

In order to tell in one fell swoop about all the "filths", of which the Vietnamese are doing the most delicious things, let us recall snakes and domestic animals. Alas, yes: in this country, dogs and cats are not so anxious as in the West. More truly, trembling, but trembling this other property. So, if you do not want to eat for a cat's dinner, be wary when you see the item "small tiger" in the menu - that's how cunning restaurateurs call cat meat. As for snakes and boas, from the preparation and absorption of this product in Vietnam, often a show is arranged. In the country there are special "snake restaurants", a visit to which - the pleasure is not cheap. Here before your eyes one snake will cook about ten dishes, the snake will not even have giblets - only the head will fly off so that the poison does not get into the food. Another recommended to try the Vietnamese crocodile. Coryphaeus of local cuisine claim that this is the most useful meat: the crocodile never gets sick.

If now it seems to you that Vietnamese cuisine is almost the same as the magical cooking of the evil sorceress Gingema from the fairy tale "The Wizard of the Emerald City", then it's time to take your mind off by switching to another important component of the local gastronomy, namely, fruit. A dragon fruit is one of them. Pink, like a bump from the outside and white with black poppy-like inscriptions inside. Do you remember? The same is in Thailand. Actually, most fruits are the same here as in all tropical countries: fresh pomelo, mangosteen, rambutans, lychees and treacherous durian, pineapple, pomegranate, banana ... With confiture of these, by the way, in Vietnam, serve excellent rice pancakes!

In fact, the basic dishes of Vietnamese cuisine are dishes that you can taste which do not interfere with conflicting feelings: the products they use are quite ordinary. Soup pho in Vietnam is the same as in Russian cabbage soup, and in France, onion soup - that is, the most common, “everyday” food. Locals prefer to eat it for breakfast. The soup is prepared on the basis of strong beef broth, with rice noodles.

The second "stellar position" of the Vietnamese menu is rice dishes, in consistency that is something between soup and porridge, with the addition of pieces of meat or fish, as well as greens. A similar kind of concoction is created based on rice noodles. In general, it resembles the eastern version of the paella culture in Spain or the risotto in Italy: there would be good rice, the rest will follow.

Pancakes in Vietnam eat not only for dessert. A rich option - Nemzyan, or chazo, - rice flour pancakes stuffed with meat, fish or seafood, which dipped in sweet and sour sauce and bite with vegetables. This dish is equally loved by the aborigines of Vietnam, and by its guests. For the latter in the menu, it is sometimes referred to as fresh-rolls.

Finally, we note that the cuisine of Vietnam is considered the cheapest in the world. The reason for this is the low cost of the products used here. Not only is Vietnam a very fertile land, so its inhabitants have also learned to eat literally everything that grows on it.

Modestly you can dine here for money equivalent to our one hundred rubles. As for independent purchases, they will also be inexpensive, but in Vietnam supermarkets should be preferred to markets: in the market, as a rule, sellers put tourists "special account", focusing on clothing. However, finding a modern shop in Vietnam with price tags and cash registers is not always an easy task.

In Vietnam, an incredible number of culinary courses open to foreigners. Even in many hotels, you can often go through cooking classes, not to mention restaurants. In restaurants and cafes, the elements of the "couching classes" are often included in the ceremony of serving the dish: you can offer yourself to mix the ingredients or choose the filling. 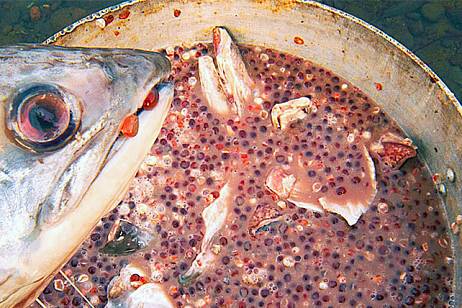